The team behind the ProtonMail email service, Proton Technologies AG, has just taken an important step in its bid to offer its own ecosystem of web services with privacy by design.

From today, all ProtonMail users will have access to the new web design, much more modern and easy to use, and from which you can also access the rest of the different existing services through the new application selector that you will find next to the logo.

In this sense, during a good part of the beta stage of the current design, which is now for everyone, access to the rest of the applications was tested through a sidebar, which was finally discarded in order to gain more space on the screen. 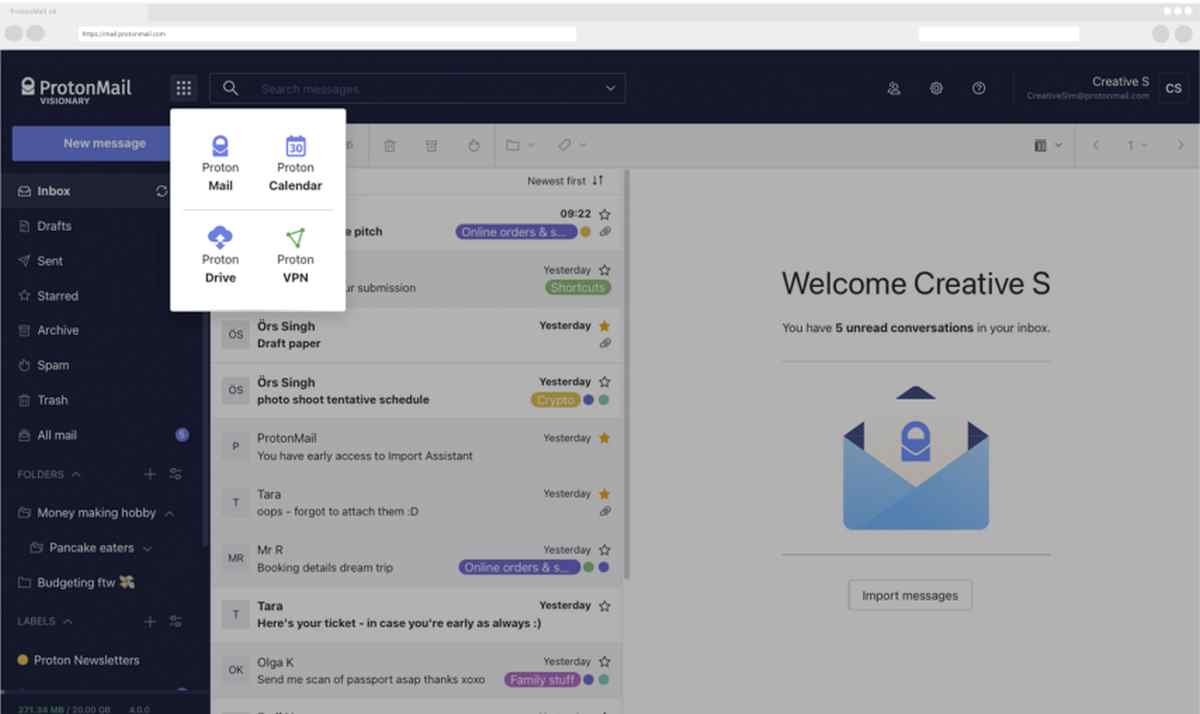 According to the list of novelties, the new ProtonMail on the web it brings:

The team behind ProtonMail recalls that They have end-to-end encryption, protecting both messages and the contact list and calendar. Regarding the sending of messages, they point out that ProtonMail users can send “encrypted emails from one end to the other both to people who use ProtonMail and to other email services.”

The arrival of the new web design comes a little over seven years after they launched the first public beta of the email service, as they recall, and that today, ProtonMail has become one of the main secure alternatives with respect to the email services offered by the main technology companies, increasingly in question, focusing on citizens concerned about their Privacy, activists, journalists, politicians and others who want greater protection of their data.

In addition to the official announcement, ProtonMail has a demonstration video with everything new that the new web design brings, and that from today is available to all users only in their respective accounts, both free (which do not carry advertising) and the different payment options:

All the information: ProtonMail

now officially the introduction of the light and dark mode