The Sony WF-1000XM4 arrived. Are the new Bluetooth headsets True Wireless top, presented today (8) by the Japanese manufacturer. They came to replace the WF-1000XM3, improving all the important aspects of the product, from size to quality.

They stand out for their support of the LDAC standard and enhanced active noise cancellation (ANC) capabilities. They now have more features in the companion app, including an optimal fit test for the pavilion and ear canal. cost since 279,99 €.

The innovation vector is the new Sony V1 processor (chip). Also, the new earbuds they are more compact, show an improvement in build quality, are available in two color tones – black and white – and have a better ANC system.

The transport and loading box is also significantly more compact, reinforcing its build quality, but the great generational leap is actually in the sound. These are the first TWS headsets to support Hi-Res audio.

They achieve it through the LDAC codec, according to Sony itself, thus bringing you a new level of sound quality – Hi-Res. This means that consumers will be able to notice differences in the listening experience.

The increase in sound quality on the new Sony WF-1000XM4 is easily measurable. The headset uses the LDAC codec which is capable of delivering up to three times more information than typical audio via Bluetooth. It is currently the best alternative to cable/wire connection.

Also according to Sony, the headphones are capable of using artificial intelligence (AI) to reconstruct compressed audio and give it a serious boost in quality. The manufacturer dubs this system DSEE Extreme and promises to raise the quality of any audio to “almost Hi-Res”.

We then focused our attention on the new Sony V1 processor. This is the chip in charge of active noise cancellation, with better performance at higher frequencies. According to the manufacturer, it can operate a reduction of up to 40% in noise compared to the previous generation, the Sony WF-1000XM3.

As soon as the earphones detect the presence of wind, its noise attenuation mode is activated. The aim is to facilitate their use and always automatically deliver the best possible listening experience, in this case with the reduction of noise caused by the wind. 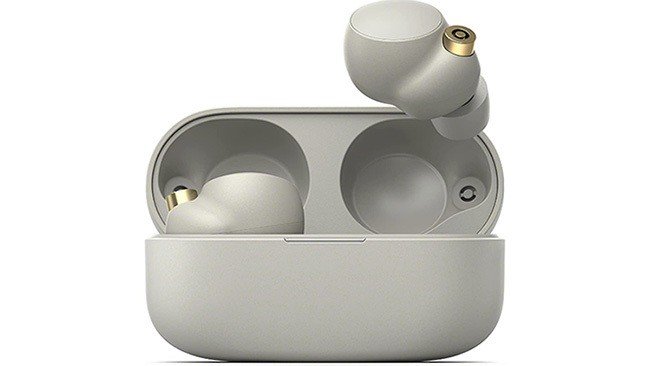 Sony also improved the 24-bit amplifiers of its headphones and redesigned the membrane of the headphones. drivers, now having these magnets up to 20% larger. In addition, the manufacturer mentions the use of a reinforced and more flexible diaphragm. 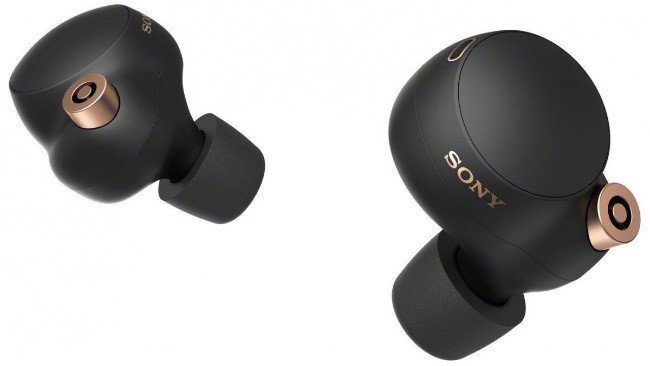 Passive noise cancellation is achieved thanks to the use of high-density Polyurethane foam tips (fittings) for a better fit in the ear canal. Without sacrificing comfort, this fitting provides better isolation from external noise.

What’s more, the Sony WF-1000XM4 now test the adjustment automatically. This is operated by the sensors and microphones in the headset and carried out through the companion app. This way, the user will know if it is advisable to opt for another size of inserts to obtain the best results.

The Bluetooth headsets are packed with functions that simplify their use, from the outset support for Android and Windows 10, so they can be connected to a myriad of devices and audio sources.

We also have automatic speech detection. If you are listening to music, for example, and the Sony WF-1000XM4 detects a conversation, music playback is paused, automatically activating Ambient Mode.

This way, the user will hear better what the other person is saying, when capturing their voice using the microphones, as well as being able to resume playing music as soon as the conversation ends. 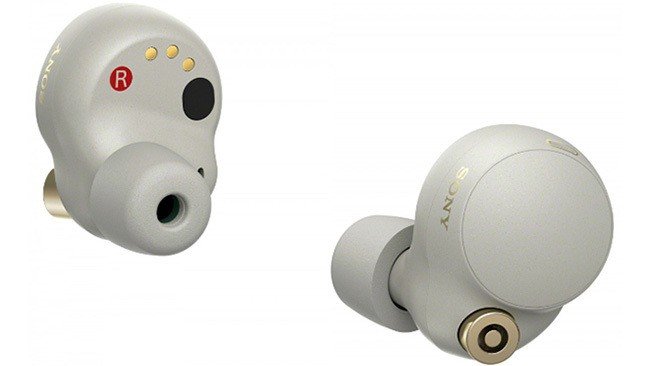 The new Sony WF-1000XM4 earphones run for up to 8 hours of continuous music playback with ANC active. If you turn off the active noise cancellation this value is capable of reaching 12 hours.

It’s something impressive, especially considering that the new product is more compact and lighter. Even so, the battery life is enhanced by about two hours compared to the Sony WF-1000XM3.

In turn, the loading and transport box can increase its autonomy to 24 hours (with ANC), or up to 36 hours (without ANC). What’s more, the box supports wireless charging, Qi standard and has fast charging so that within 5 minutes of charging (via USB-C cable), they are able to guarantee up to 60 minutes of playback.

Sony’s new headphones are now available at Amazon.co.uk from 279.90 €. They can be purchased in black and white.

Vivaldi 4.0 now has an email client, calendar and feed reader

Finally: the ECG and sphygmomanometer will arrive on the Galaxy Watch next week!

Microsoft develops an AI to interpret emotions in video calls