The Google team announced Firmina, a submarine cable that will connect the United States with Argentina.

The objective of this new initiative is to ensure access to Google services and products in South America with the best connectivity conditions. Adding this new project, there are already 16 submarine cables that Google has deployed in different parts of the world.

This new submarine cable, which will be developed by Google, has several features:

… Will extend from the east coast of the United States to Las Toninas, Argentina, with additional land extensions in Praia Grande, Brazil and Punta del Este, Uruguay. Firmina will be the longest cable in the world capable of running on a single power source at one end of the cable in case its other power sources are temporarily unavailable.

As mentioned by the Google team, the dynamics of this submarine cable ensures the connectivity and reliability of the network in almost any scenario, since it will have the ability to work with a single power source from a single end, until the rest of resources can be overcome from a temporary outage. 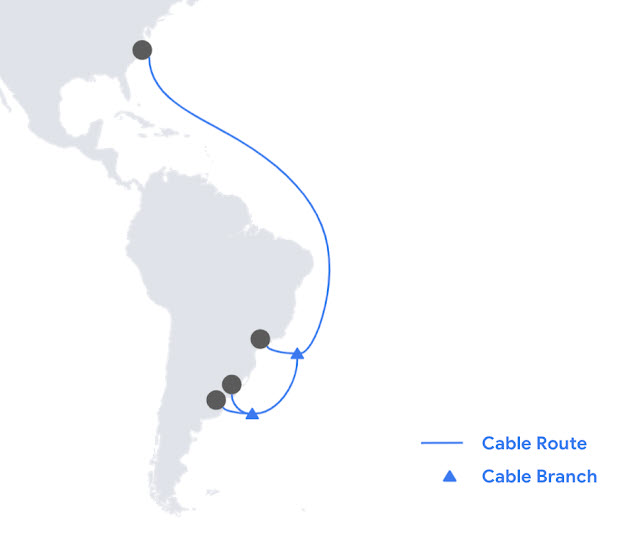 Considering the dimensions of this project, implementing this particular power feeding capacity is a milestone, and makes it the longest submarine cable in the world with this dynamic of connectivity.

The first activities to start this project will begin this year, and they hope to finish it by 2023. An initiative that will contribute to access to Google services in South America:

With 12 pairs of fiber, the cable will transport traffic quickly and securely between North America and South America, giving users fast, low-latency access to Google products such as search, Gmail, and YouTube as well. as well as Google Cloud services.

what future for dystopias on the big screen?

Adidas 4DFWD: these sneakers might make you an Olympic champion

The German premiere of the Mi 11 is imminent

Google wants you to know more about some search results