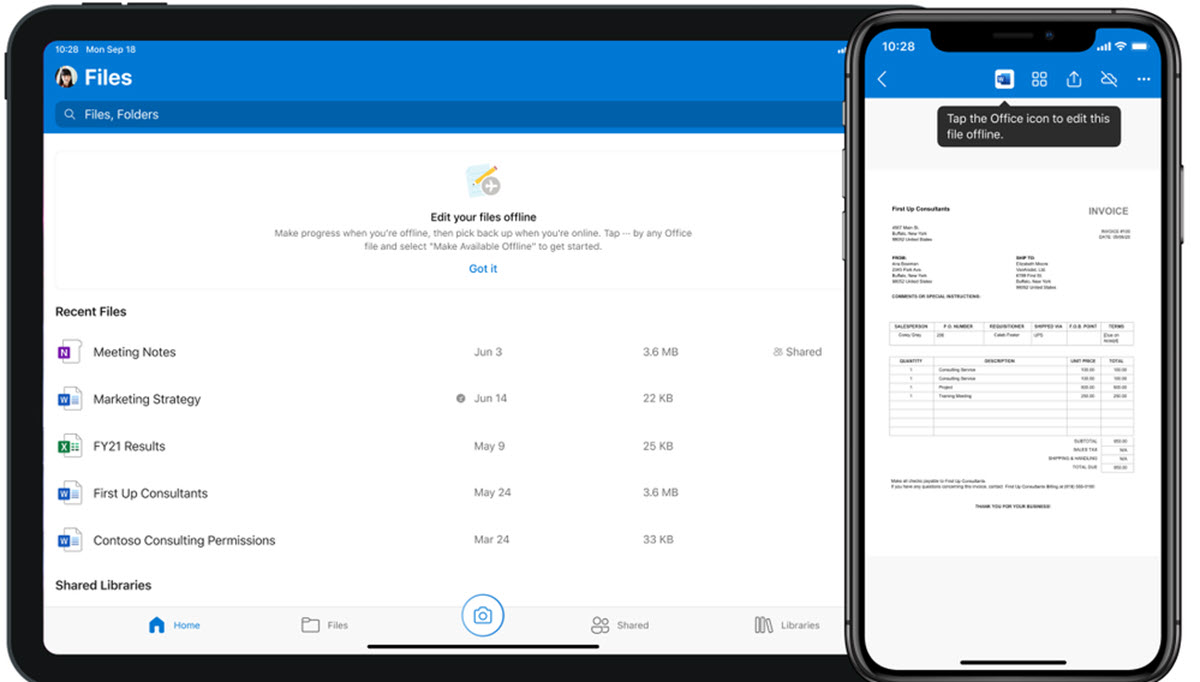 Microsoft will implement an interesting feature for iOS users who use OneDrive to edit and manage their files.

The Microsoft team announced a series of new features that will be implemented in the coming weeks, and among them is the possibility of working offline on Office documents.

Microsoft makes it easy to work offline in Office from iOS

As mentioned by the team of Microsoft, the offline mode is added in iOS so that users can edit their documents or presentations in Word and PowerPoint, even when they do not have Wi-Fi or do not want to spend the data plan.

The only condition is that they mark the Office documents they want to work offline in the OneDrive app. Just by setting them for “offline use” they can seamlessly open it and work on documents at any time.

A dynamic that can be implemented both in the Office app, as well as in the independent PowerPoint and Word applications. By following these steps, users will be able to edit documents or presentations and when they connect to the internet again, all changes will be automatically synchronized. This new feature will be rolled out at the end of June for both iOS and iPasOS users.

And that’s not the only update Microsoft is bringing to its services. It has also implemented a new feature in Microsoft Teams that allows users to create tasks from chats or channel posts, thanks to the integration with the ToDo app.

So a conversation, suggestion or assignment in the chat can easily be turned into a task. It is only necessary to select the message and from the “More actions” menu choose “Create task”. Of course, you can also use the extra options of the app to add a due date or any relevant detail related to the pending task.

the ethical brand becomes a champion of repairability

Nintendo plans to transform an old factory into a gallery