Makeblock Education has always been characterized by offering teachers training resources, in order to guarantee that the computer science and STEAM education continue to be attractive and accessible to all.

Thus, currently the company has taken the initiative to launch mBOT 2, an educational robot developed with the purpose of teaching high school students and other levels topics related to new technologies and programming.

Through this robot, Makeblock Education hopes to further broaden its spectrum of tools to facilitate students’ learning process and educators their work of teaching. We have tested it, and here we count them first impressions:

This refers to a state-of-the-art educational theft developed with the purpose of serving as a resource for learning STEAM and computer science aimed at high school students.

Through mBOT2, students will have the opportunity to receive interactive classes that will help enhance their intelligence and make their learning experience more fun. Also, mBOT 2 ensures that students are aware of cutting-edge technologies such as robotics, artificial intelligence (AI), the internet of things (IoT), as well as data science.

The mBOT 2 comes equipped with CyberPi, a educational microcontroller which comes to replace the previous Arduino based mCore board. On this, some improvements have been implemented regarding its network connection capabilities, integrated sensors, among others.

Regarding the structure of the mBOT 2, it maintains similarities with its predecessor, being only adapted to the new specifications of the plate and the motors.

Likewise, on each of the sides of the robot a matrix with 12 holes was added, thus replacing the one with an M shape, which, although it allowed the integration of other structures, was not comfortable to handle.

Thus, it was also decided to preserve the rims and wheel covers, as well as the sheave that acts as a third front support wheel. 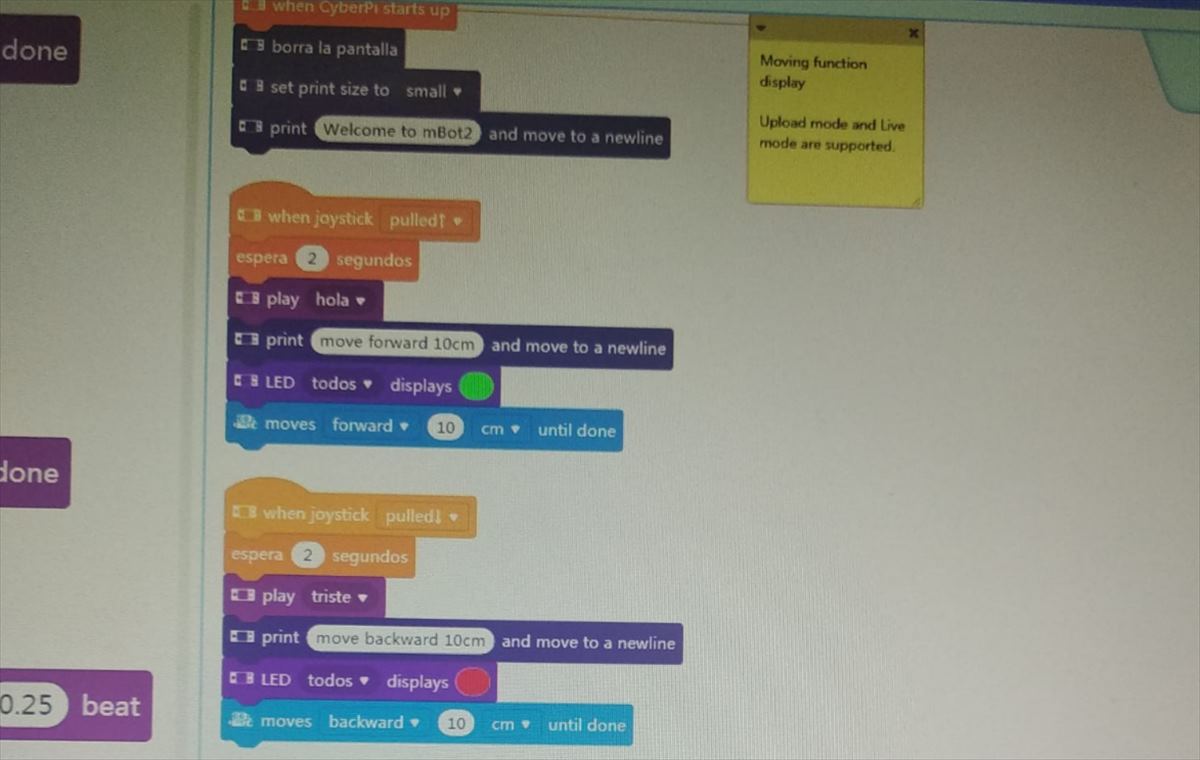 In this matter the mBot 2 can be programmed using the app mBlock 5, with which students can have the opportunity to get started in block-oriented programming, thus facilitating their transition to object-oriented programming with Python, having the advantage of doing all this from the same environment.

It should be noted that when programming, it will be done on the CyberPi device, so there will not be a device called mBOT 2 on which to program.

And it is that when it comes to mBlock, it offers students an environment where they can carry out different programming modes. In the case of Python, mBlock allows students and teachers to work with it natively, including also microPython, an environment with which they will be able to load the program into the CyberPi microcontroller of the mBOT 2.

In short, the new specifications of the new mBOT 2 make this a tool with which students can learn more about new technologies and refine their knowledge in programming, all in a more didactic way, while teachers will have an ally that facilitate their teaching process.

If you want more information about mBOT you can do it by pressing ON HERE. During the next few weeks we will be publishing videos showing its possibilities.

Nintendo Switch: 5 games to play together this summer

Good plan: the Galaxy Tab S7 is sold off, Samsung does not pretend 🔥

singled out for their electricity consumption

Google TV will have Basic Mode, which will prevent the use of smart functions