The campaign for the Tokit Omni Cook, an interesting Thermomix alternative, is currently running on Kickstarter.

Last year Xiaomi launched the ocooker on its own crowdfunding platform Youpin presented. This is considered to be a strong Thermomix competitor, as it starts with a significantly lower price. Now there is also a global version of the Ocooker, which is presented under the name Tokit Omni Cook. The Omni Cook is currently available on Kickstarter, where it is even cheaper than the RRP of 899 euros during the campaign.

The data from the Omni Cook definitely reads really well and is in no way inferior to the Vorwerk model. Xiaomi probably also copied a lot from the Thermomix during development. So you can fry, knead, cook, chop and more with the Omni Cook. A scale is also integrated, which can measure the ingredients in 1 gram increments. 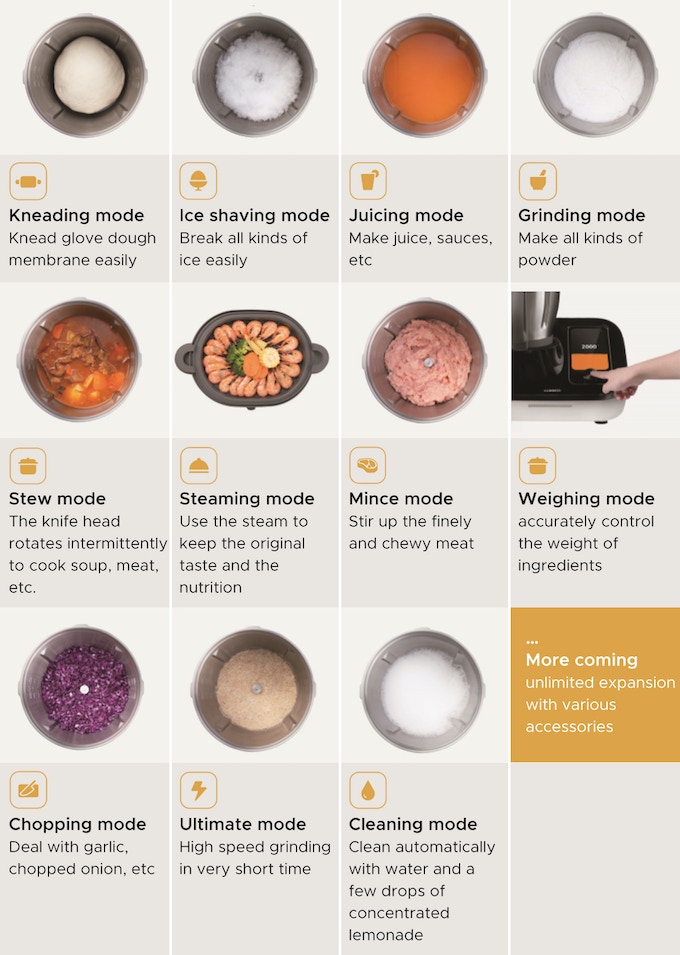 Of course there is also a 7 inch touchscreen on which the instructions for the recipes are displayed. A loudspeaker also offers spoken content about the recipes or provides information about a completed step in the cooking process.

Cloud recipes at no additional cost with the Omni Cook

As with the Thermomix, with the Omni Cook you can load not only the pre-installed recipes, but also some from the cloud onto the device. In contrast to Vorwerk, however, there are no additional costs here with Xiaomi.

Price is probably one of the most interesting points. During the Kickstarter campaign, the Omni Cook is available for only 699 euros. Later, the RRP should be 899 euros. That is significantly cheaper than the Vorwerk price model.

If you want to exchange ideas on the topic, have a look at our group “Smart cooking with Thermomix, Bosch Cookit, Monsieur Cuisine and more!”On Facebook. There you will find a huge community that deals with smart topics across the board!

An Honor 50 SE is left without spy information

Xiaomi Mi 11 Lite: This popular smartwatch is free with the purchase