In addition to smartphones, tablets and vacuum robots, Realme is also bringing out wearables. Now the first render images of Realme Volume 2 have appeared.

Steve Hemmerstoffer, the author of many believable leaks under his nickname OnLeaks, has provided a selection of renderings showing the design of the new Realme Volume 2. The wearable has a large rectangular display with a size of 1.4 inches.

On the back of the housing there are some sensors which, among other things, measure the heart rate 24 hours and possibly also monitor the SpO2 saturation. Since no buttons can be found on the housing, operation will probably only be via a touch display. The bracelets appear to be removable and the gadget to be available in at least black. The first Realme tape was also available in yellow and green, so I assume that the successor will also have several colors to choose from. The new wearable is expected later this year. 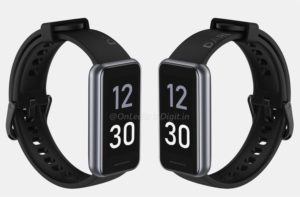 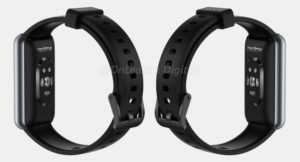 It is also possible that realme will offer wireless charging in the Apple MagSafe style. Network sources report that the company is working on a new device charging system that will be an analogue of Apple MagSafe. Realme recently applied for the registration of the MagDart brand, which in its name is an analogy to MagSafe and SuperDart – a charging system that is already used in Realme devices. The manufacturer has not yet commented on the rumors.

If you want to exchange ideas on the topic, then take a look in our group “Sports & fitness at home – smart devices make it possible!”On Facebook. There you will find a huge community that deals with smart topics across the board!

How to set up automatic replies to direct messages on Instagram

It's Impossible Food's turn to announce its chicken-free nuggets

WandaVision becomes the most popular series in the world

podcasts are coming next week

This is the new experimental Facebook video speed dating app