The conical “Horizon” loudspeaker from Louis Vuitton can be laid on its side or placed in a dock. The device looks very promising, especially by all the lights on the upper edge – it looks like a UFO. The speaker can play audio via Bluetooth or Apple’s Airplay.

The new Louis Vuitton Horizon Light Up loudspeaker is inspired by the Toupie handbag and aims to reinvent the world of portable audio devices. This is what it says in the description of the product. The art object is made of metal and fine leather, with characteristic signatures of the House of Louis Vuitton. Colorful light effects glow to the rhythm while audio is playing. 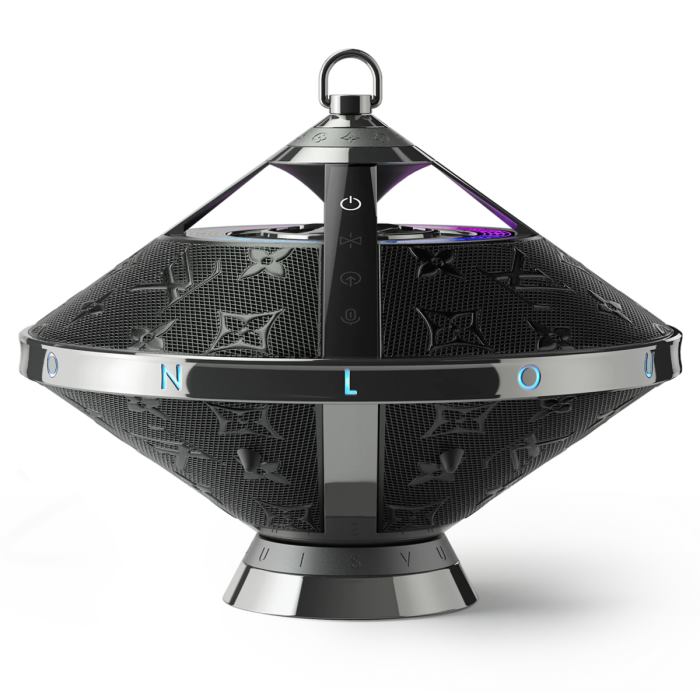 The device is operated wirelessly and has 360 ° sound, with a vertical orientation. If the device detects a lateral orientation, the sound direction is automatically switched to directional. A 3-inch woofer and two 0.75-inch tweeters were installed. To be able to make phone calls via the Horizon Light Up loudspeaker, 3 microphones were installed. At the upper tip there is a kind of eyelet in which a hand strap can be clamped in order to be able to wear the loudspeaker casually on the wrist.

The device can be connected to:

Anyone who reads the name Louis Vuitton knows that it won’t be cheap. The device is said to be priced at 2.450 Euro on the Shop page sold. However, the device is currently not available. The button to contact us is also still deactivated.

Mi Pad 5: Xiaomi is turning the tablet market upside down with this feature

When the Amazon rainforest becomes a net producer of CO2

Shunsuke Kikuchi, the composer of Dragon Ball and Grendizer is dead

Amazon Alexa – start routines on selected days of the week

COD Warzone: a streamer installs 5 cameras to prove he is not cheating