The Twitter team announced that it is releasing a preview of the new version of TweetDeck.

Yes, TweetDeck debuts a new design and a combination of new features in its beta. A version that is only available for some selected accounts, but that already shows everything that this new design has prepared.

This is the new version of TweetDeck

This new redesign of fun It brings it more visually closer to the web version of Twitter, as you can see in the image above, but with many more features.

And so that you do not lose anything, when you start the preview TweetDeck gives you a review of all the news that you are going to find. For example, you will see that you can create new types of columns, you will find many more advanced search functions and an assortment of options to customize their dynamics. 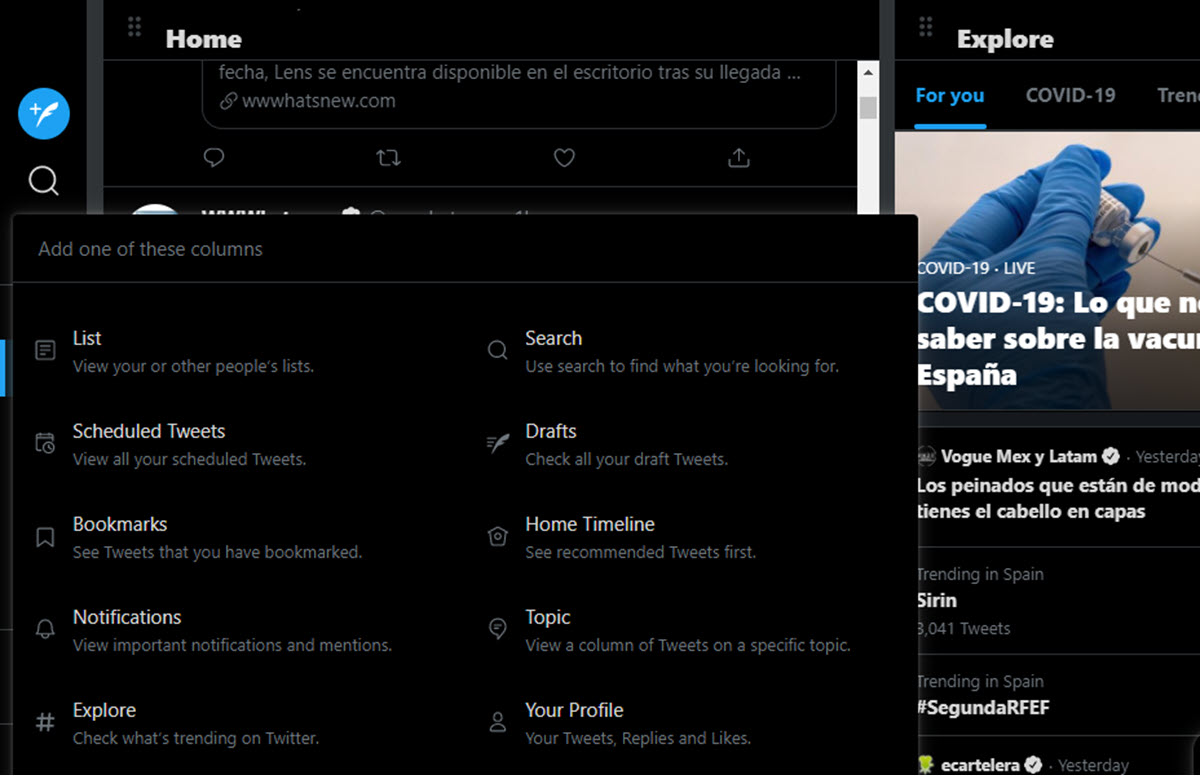 You can customize the columns, change the size, move them, organize them in different desks, use different filters to sort the tweets, among many other possibilities.

So while TweetDeck has always been characterized by offering flexible dynamics to customize the system style that we want to implement in our account, in this new design you will find new details that were not available in previous versions.

At the moment, this new TweetDeck beta is available only for select accounts in the United States, Australia, and Canada. However, there is a way to test the preview without having an invitation.

You just have to follow the steps detailed Matt Navarra, which consist of using the browser’s JavaScript console. If you preview the new design, you will see that it gives you the option to revert to the current version at any time. So if you want to take a look at what’s new, but want to stick with your current system, you can do it without problems.

PUBG Mobile removes 1.6 million accounts in a week for cheating