The new AirPods 3 should have been introduced by Apple last May, something that ended up not coming true. That said, speculation has turned to autumn as the ideal time to introduce the new wireless headphones.

Some reports point to September as the month in which Apple will finally introduce the AirPods 3. Corroborating this schedule, we have news that the Cupertino tech is about to start mass production of these headphones.

Information that mass production of the AirPods 3 will begin in August is advanced by Nikkei. Something that adds strength to the thesis that these wireless headphones will be revealed when the iPhone 13. 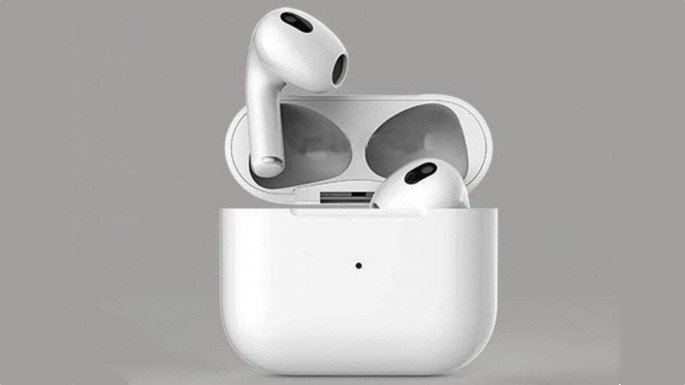 Apple’s new smartphones are expected to be unveiled in the third week of September. Indeed, in addition to the iPhone 13, the American must present the AirPods 3, at least.

The last time Apple presented an AirPods and iPhone simultaneously was in 2016. That year, Apple ended the reign of the 3.5mm jack with the iPhone 7, showing the first AirPods as the ideal solution to fill this absence.

Since then, the announcement of new iPhones and new AirPods has taken place at different times, each receiving due prominence. This year, however, it looks like the pair will come back to grace Apple’s traditional September event.

What to expect from AirPods 3

It will be the third generation of the AirPods baseline. It will interrupt with two generations sharing the same design, offering an aesthetic makeover that users are sure to appreciate.

The word is that the AirPods 3 will assume a design inspired by the AirPods Pro. In other words, smaller earphones with a reduced stem resulting from a better use of space by its components.

Despite the aesthetic inspiration, AirPods 3 will lack features such as active noise cancellation. A decision justified with the need to keep your price lower.

Releases on Netflix for July 2021

[Super Deals] The Nebula mini projector from Anker is 175 €

An Oppo tracker is also being developed