The global smart watch market is dominated by the Cupertino giant with its Apple Watch. However, 2021 may go down in history as the year in which an alternative to Apple’s dominance was asserted before the joint effort of Samsung with its TizenOS, Google with Wear OS and, finally, Qualcomm with its Snapdragon processors Wear.

After the announcement of the partnership established between Samsung and Google to bring the best aspects of TizenOS to Google Wear OS, we now see another good news for the smartwatch market. Qualcomm will launch new Snapdragon Wear processors for smart watches in 2022.

We will have new Qualcomm Snapdragon Wear processors arriving in 2022

The announcement of the new Wear OS developed between Samsung and Google would mark the first step. The anniversary took place on May 18, as we made known at 4gnews. Now, Qualcomm, too, will make more processing solutions available to both giants in 2022.

More specifically, Qualcomm will be interested in increasing competition and competitiveness in the smart watch market. To this end, it will soon present new processors from the Snapdragon Wear range in the near future.

For the less attentive, the Wear OS platform was created by Google to be used in smart watches, the smartwatch. However, this Android-based operating system has been somewhat stagnant for several years. On the other hand, Apple capitalized a lot on this inertia, putting the Apple Watch at the top of consumer preferences.

Bigger and better competition for Apple Watch in the near future 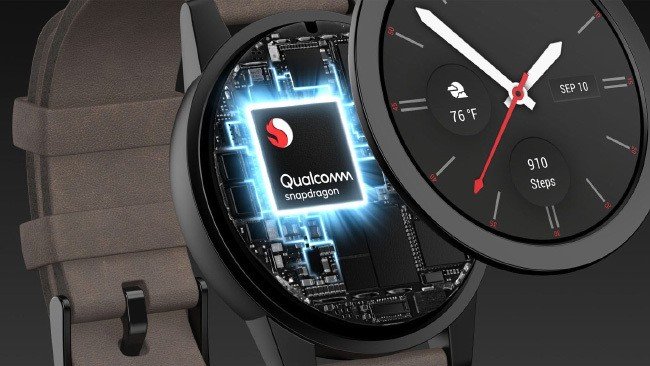 Until now it was common for smartwatches with Wear OS to reach the market with old processors. While Qualcomm was always the largest supplier, the SoC used was not always the latest. As such, the user experience would suffer, with public opinion not agreeing with this strategy.

Going forward, however, we may see the new Snapdragon 4100 and Snapdragon 4100+ processors to be introduced by Qualcomm. According to the new understanding, these chips will be widely used by manufacturers like Samsung who will put more powerful watches on the market.

The objective will thus be to create a bigger and better competition for the Apple Watch. The example will be given by Samsung with the endorsement of Google and its Wear OS system, and should be followed by other manufacturers.

The announcement was made by the American technology company, through a recent publication, where it states this intention. The company expects to sell more than 40 million Snapdragon Wear processors next year, thus fostering competition.

It remains to be seen, however, whether other manufacturers – in addition to Samsung – will adopt these future processors. Nevertheless, Qualcomm is convinced of the merits of its next chips and the appeal to names such as Fossil, OPPO, BBK Group, Verizon, Vodafone, among others.

To that end, Qualcomm also announced the creation of an accelerator program for the wearables ecosystem. The technology cites the 21% annual growth registered in the market of wearables by the IDC agency and is committed to creating the necessary conduits for manufacturers to produce new solutions capable of facing the Apple Watch.

In short, Qualcomm will provide the Snapdragon Wear processors and acceleration program. Samsung is expected to produce a good part of the first generation smart watches to adopt these processors. As far as you are concerned, Google will reinforce its bet on Wear OS, which is also being worked on with Samsung.

Finally, it will only be in 2022 that we will get to know the products created by this Triple Entente. Only then will we be able to assess its merit against the Apple Watch.

Activision-Blizzard sued for harassment of its employees

Apple’s App Store is a very lucrative platform for developers

Huawei FreeBuds 4 test, for those allergic to silicone

This perfectly configured gamer screen benefits from a perfect promo