Alexa, the virtual assistant developed by Amazon, has added a new feature that promises to make interactions easier.

Routines, those scripts that can be preconfigured in the wizard, can now be activated with more than one voice command.

It is part of human nature to make certain inaccuracies. However, most software is driven by precise commands, with little or no margin available to interpret variables beyond previously set parameters.

For this reason, when interacting with a virtual assistant, if an order formulated with the words defined for this purpose is not presented, the most likely answer is “I don’t understand” or something similar.

Those who have configured their home automation systems with Alexa or those who simply take advantage of the benefits of this assistant to consult information or consume content, can now configure up to seven phrases to activate a routine, expanding the possibilities so as not to depend solely on a memorized phrase. 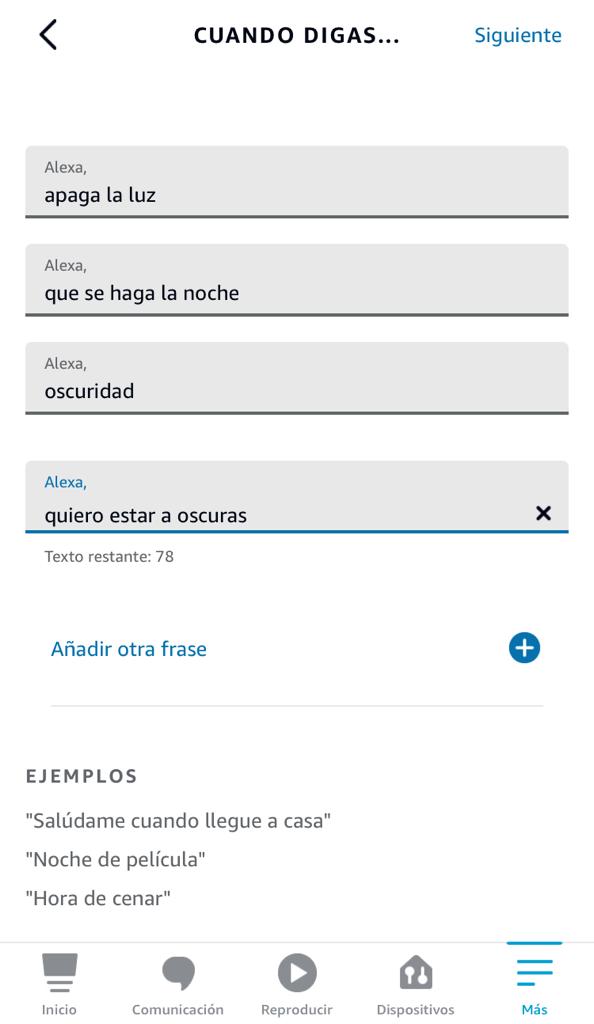 This function, in addition to facilitating the use of Alexa by expanding its action commands, also allows you to play with creativity and humor, to add phrases with your own tone. In the attached example, the phrases “turn off the light”, “let night fall”, “dark” and “I want to be in the dark” are used as commands for the same routine. It is even possible to add phrases in other languages, as Alexa can detect and work with more than one language at the same time.

Alexa discreetly integrated this feature, being first reported by AFTVnews and corroborated by The Verge. This last portal, in addition to presenting this new function, also added that among Amazon’s plans with its assistant is the addition of a male voice in the future.

Although this feature is a small feature, it can have a major impact on your use of Alexa as an assistant. Without going too far, there are around 140 thousand different devices that can be configured with this technology.

Similarly, with this addition, the Amazon assistant catches up with a function that we could already find in the routines of its direct competition, the Google Assistant.

Xiaomi: With a smart hot air fryer and high-end router to a smart home

There is a rumor of Apple Watch

The Realme GT Master Edition will be unveiled on July 21st