The Apple Watch Series 7 will be the next smartwatch with the seal of the American technology, whose presentation is scheduled for September. This watch should join the iPhone 13 at the next event, however, there are now doubts regarding its launch.

Reports from Nikkei and Bloomberg suggest that the Apple Watch Series 7 may experience some delays. Undesirable scenario, but which appears plausible due to problems in its production.

Apple has suspended production of the Apple Watch Series 7

Nikkei reports that Apple ran into some issues in the production of its new smart watch. At issue will be its new design which, according to various rumors, will be more rectangular and will have a larger screen. 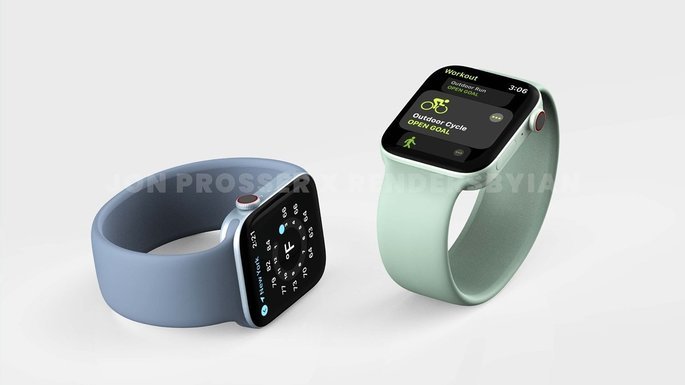 The American company is reported to have encountered “critical challenges in achieving satisfactory production performance” from the Apple Watch Series 7. As a result, production of the product was temporarily halted.

Bloomberg also supports this thesis, adding credibility to the rumor that the new Apple Watch faces some problems. Specifically, the question is now being asked about the timing in which the device will reach the market and the pulses of users.

With the production of the Apple Watch Series 7 interrupted, the technology and its partners redouble their efforts to quickly solve the problems found. Something that must be resolved before the product enters the mass production phase.

The interruption in production of the Apple Watch Series 7 could jeopardize its timely arrival to market. Such problems could force Apple to postpone its marketing, however, the presentation could happen when the iPhone 13 is announced.

In the same report, Nikkei says Apple’s new smart watch is about to introduce a blood pressure sensor. Something that would help users understand if blood runs through their bodies in a healthy way.

Opposing this theory is a prediction by renowned analyst Mark Gurman. Last weekend, the journalist said that no big news related to the health sector of the Apple watch is expected “until next year”.

The only way we can unravel this mystery is to wait for the official presentation of the Apple Watch Series 7. Will this happen as early as September?

TV prediction games on Facebook, a new project from the social media giant

Smartphone manufacturer is setting the pace: Xiaomi wants to bring the first electric car onto the market as early as 2024

Xiaomi shows its product diversity in its Smart Living event

Netflix will launch its first Geeked Week next June