A few weeks before the presentation of the Apple Watch Series 7, there is information that will leave fans somewhat disappointed. Apparently, the new generation of this smart watch will be deprived of one of the most anticipated new features for this year.

For a long time it was speculated that the Apple Watch Series 7 would come with such a promising blood pressure sensor. Thesis that is now refuted by renowned analyst Mark Gurman and that will certainly disappoint the most staunch fans of this product.

This isn’t the first time that Mark Gurman has doubted the introduction of an Apple Watch Series 7 blood pressure sensor. However, he again reinforces his conviction, and given his track record of assertiveness, few now believe that such a sensor is. introduced in this year’s model.

These statements come after a Nikkei report pointing to the inclusion of an Apple Watch Series 7 blood pressure sensor. Through Twitter, Gurman is peremptory and says “there is no chance” of this happening.

Indeed, the eighth generation of Apple’s smart watch appears to be an ideal candidate to debut a sensor that is already in use in some competitors of the American product. Which allows us to say that the big news is reserved for 2022.

Apple Watch Series 8 will also come with a pulse thermometer

It is also expected that next year Apple may launch a new technology it is working on. According to the Wall Street Journal, the American technology company is developing a pulse thermometer to introduce into its watch. 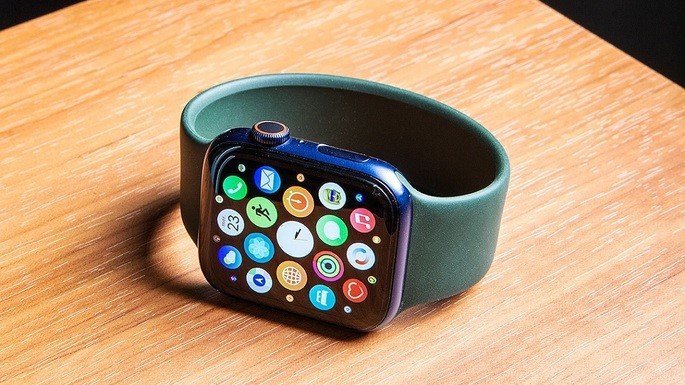 This thesis is based on statements from people familiar with the topic and with access to internal Apple documents. These indicate that it will be in 2022 that the company will make a big leap in terms of Apple Watch health.

With the inclusion of a pulse thermometer, the Apple Watch will be able to provide more credible measurements than many who use their foreheads for the same purpose. Additionally, it can help women to have a better understanding of their fertility cycle.

Female menstruation produces variations in the basal temperature of the female body. Thus, having a continuous record of body temperature will allow for a more assertive perception of the periods of fertility.

These are the main new features expected for the eighth generation of the Apple Watch, but the company is expected to make other changes. Indeed, it is mentioned that the company includes the detection of apnea and improve its SpO2 sensor.

The 200 MP ISOCELL sensor was introduced

Sony A7 IV review, the hybrid for everyone

Yeedi is selling off his robot vacuum cleaners on Amazon, it’s time to equip yourself!

discover the free games for February