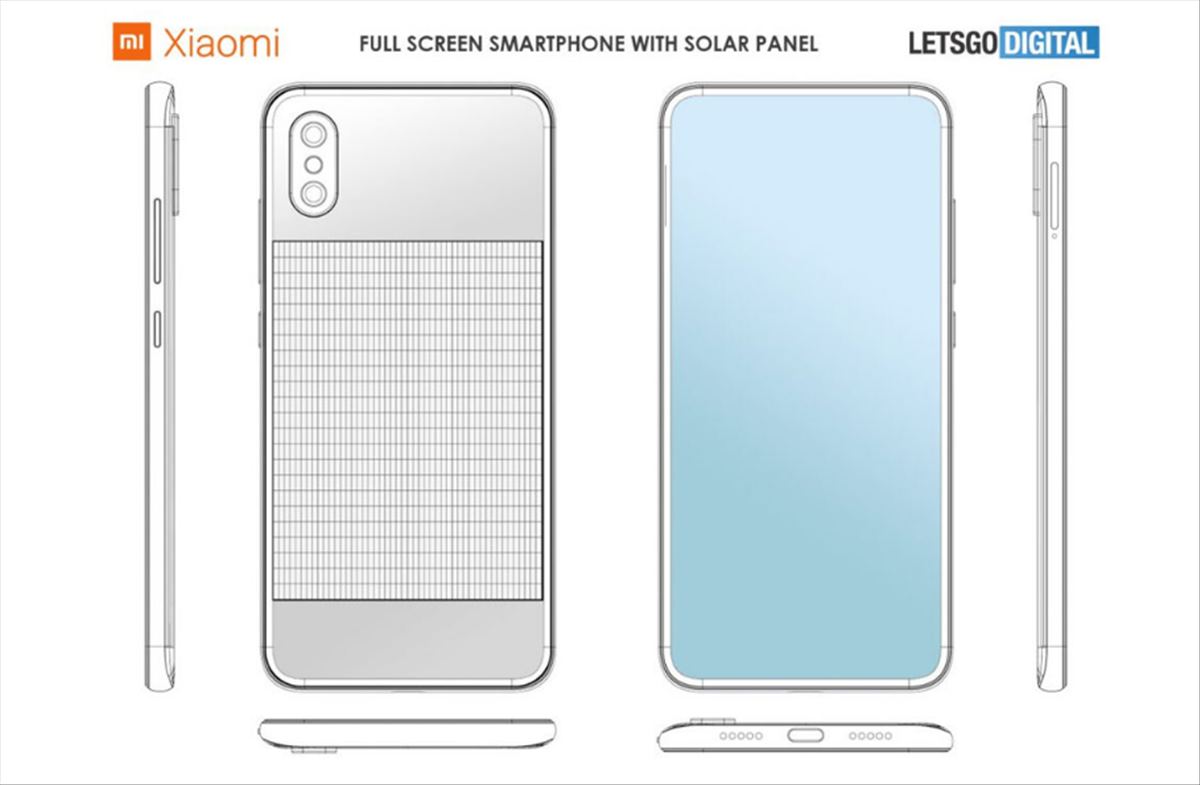 Imagine a mobile that is constantly charged thanks to solar energy. That’s the mainstay of a new Xiaomi patent that shows a solar panel on the back.

This is a patent, not an actual product, but from the shared renders it seems quite viable, nothing futuristic out of a sci-fi movie.

The idea is that the battery manages to charge at an adequate speed so that it is always in operation during normal use, guaranteeing unlimited battery whenever the sun is near.

The idea has been around manufacturers for years, but there are several problems they have to solve:

– Most of the time the mobile is in the pocket, the incidence of sunlight is not constant.
– When left in the sun it can get very hot, and we already know that high temperatures are declared enemies of electronics.

In the drawing of the patent we can see a panel that occupies the entire surface, with a hole for the cameras, in a full screen panel and a very thin body.

Hopefully it is not just a registered patent to make money with inventions of the future but to protect something that has come off paper and is already in the hands of engineers. A mobile that does not overheat when we leave it in the Sun, and that can be charged without problems without losing the useful life of the sacred battery.

SwitchBot Curtain in black and solar panel on Amazon