The Space Robotics project promoted by Creality has just opened a door to transmit 3D technology to children in Brazil. The president of AEB, FNDE, UnB and other representatives in Brazil attended the event together with Mr. Liang Tian, ​​envoy of the Chinese Embassy in Brazil, who followed it live, as well as hundreds of teachers who also followed it. live.

On September 8, 2021, Creality, the world’s leading supplier and manufacturer of 3D printers, presented the collaboration with the Space Robotics Project, developed by the National Fund for Educational Development (FNDE) of Brazil, together with the University of Brasilia ( UnB), with the institutional support of the Ministry of Science, Technology and Innovation (MCTI) of Brazil, through the Brazilian Space Agency (AEB). As the official announcement of this project was made through a live broadcast, the main beneficiaries of the project, teachers and students from all over the country, joined the broadcast, the Chinese Embassy in Brazil also sent its representative to witness this great live event, and thus help the children of the community to achieve their space dreams through 3D technology.

A company dedicated to public welfare

The company has grown into a well-known brand that has more than 1.6 million users worldwide, annual shipping exceeds 1.2 million units, and it never stops growing. With over 1000 professional R&D members and over 100 leading independent intellectual property rights patents, Creality won’t settle.

It is not satisfied with being just a business giant, Creality pursues a greater dream, its mission is best explained by its slogan: Create reality, achieve dreams! As in any mission, he always keeps the details in mind, transmitting his spirit like a preacher, ensuring that people enjoy the benefits of 3D printing technology.

The interesting Space Robotics project will travel more than 11,000 km and visit 150 cities in Brazil

In the cooperative work of the Space Robotics Project, Creality had the opportunity to carry out this task thanks to the donation of 250 3D printers to the schools participating in this initiative. The project will last 4 months, from August to December, 250 schools in 150 cities across the country will receive the 3D printers sponsored by Creality, and the TECNOMOB unit, a truck transformed into a mobile laboratory, will visit more than 25 schools. During the course, each participating school will receive the licenses to use the educational platform, which will be downloaded to the students’ mobile phones, computers or tablets. With this fully interactive tool, students learn to assemble their own robots, on the device screen, they also learn about NASA’s Artemis Mission, which serves as the basis for the robotics teaching application. 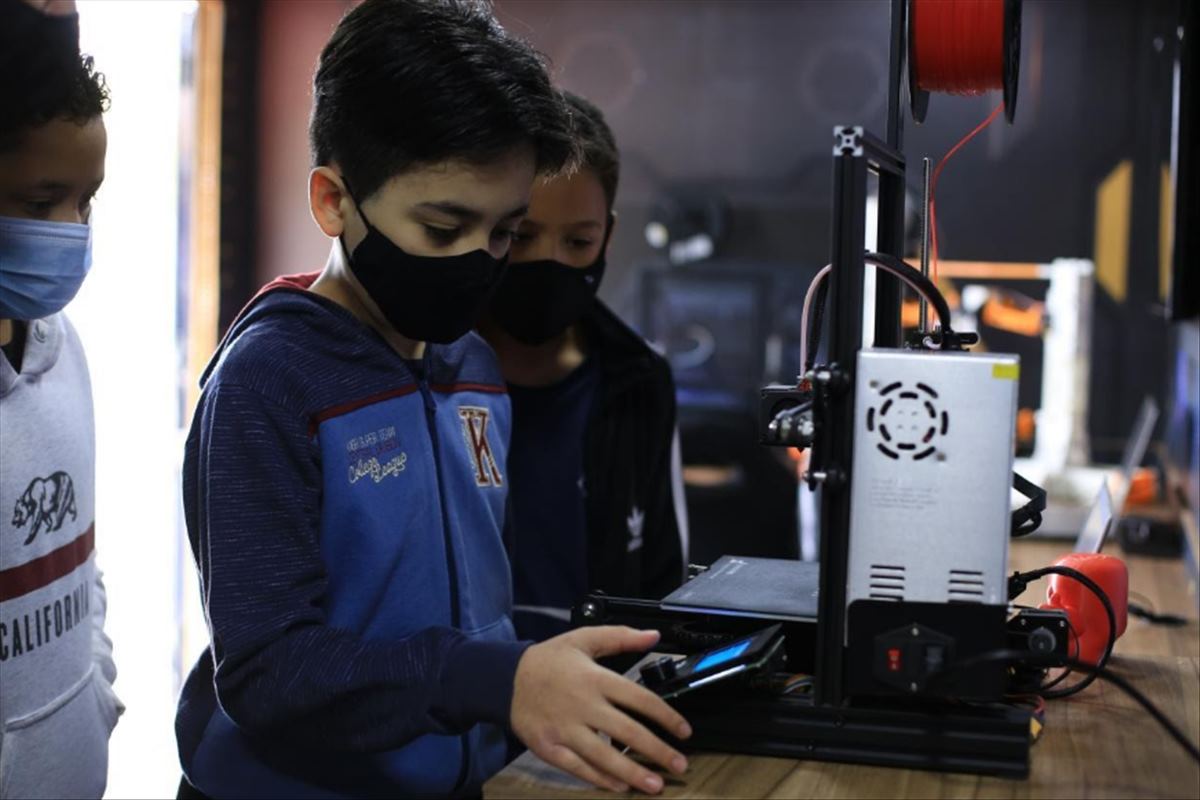 “We consider it a great opportunity to be able to fulfill our role as preachers of 3D printing in this association, and we thank Bebyte, who also pursues the same goal: to help children in Brazil to learn about 3D printing technology, for give us this campaign so that we can walk together in the same direction. Danjun Ao, CEO of Creality, said at the live event, “Create Reality, Achieve Dreams. This is the philosophy that has taken root at Creality. At the launch of “Space Robotics”, I would like to take the opportunity to share this philosophy with our Brazilian partners and with all Brazilian children: Only by fulfilling children’s dreams can we truly create the future of all humanity. “

The project not only brings real benefits to the children of Brazil, Creality believes that it also attracts the attention of the whole of society and the government, thanks to its contribution to both the development of technology and education. Due to the lack of machines and education, 3D technology remains a remote area in most countries, although it has a promising future as an essential technology that can change the entire world. This is exactly what Creality pursues when conducting public benefit activities. In the last 7 years, Creality has not hesitated to spread 3D printing technology among young people around the world, helping disadvantaged students in any way possible, printing prosthetics for children in Africa who have differences in the length of some extremity and opening the doors of design to young designers. As a technology innovation company, Creality conveys 3D printing technology with a preaching spirit, so that every home can enjoy the benefits of science and technology.

To this day, Creality 3D printers enjoy a good reputation among its users and, in addition, the brand is preferred by the majority of 3D printing lovers. However, the goal of helping more people in need never stops. The Space Robotics project in Brazil is just the beginning. In the future, Creality would like to work with any organization in any country to convey the spirit of public welfare, as well as spread 3D technology to create a better world.

No one is waiting for them anymore, but Avatar 2 and 3 are almost complete