Chaos has been taking over Mexico for 14 hours among BBVA customers, customers who cannot pay for what they had for dinner, or for the supermarket cart. In fact, they cannot withdraw money from ATMs, or receive or issue bank transfers.

BBVA is suffering from a problem that affects the entire country, and at the moment they have not given any explanation, only the tweet that you see in this image: 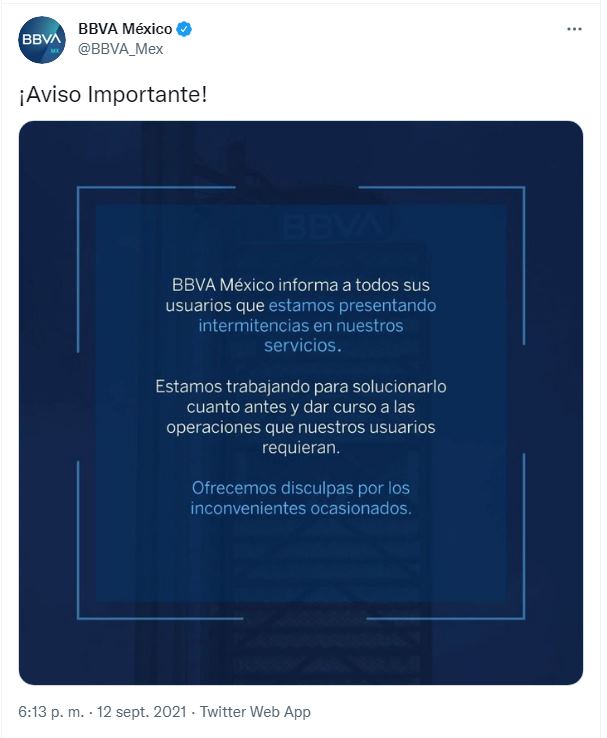 Social networks boil with comments of different situations that are being experienced:

The problem is that BBVA remains silent, without explaining if it is a hacker attack (as it already happened a few years ago) or if there is a serious computer problem that can have disastrous effects.

It is not an intermittence but rather a general problem that affects all services.

In 2018, hackers stole 400 million pesos from different banks, an attack that lasted for weeks. Several institutions had to stop SPEI transfers for hours, but at that time the reason was known and there was not so much despair.

I will update the publication when BBVA reports on what happened.

Spotify: This new feature will help you build your playlists

Instead of 2.29 euros for free: secure an entertaining music game for a short time for free

The Perseids’ meteor shower will soon reach its peak

The Oppo Reno5 Pro + was introduced

Nothing that the state should decree: Lash against the state fuel price brake