A new feature is coming at the messaging giant, a feature that could help those who can’t listen to audio messages for being in the middle of an event, for example.

It is about the possibility of going from audio to text, something that until now could be done with apps like Transcriber for WhatsApp, but that in the future may be integrated with the app.

Go from audio to text on WhatsApp not an easy task, in fact transcribe it is not easy in any context. The accent, the speed at which it is recorded, the words used … everything influences, and many times the robots in charge of this transformation of audio to text They are not prepared for jargon but for more formal language.

The fact is that reports have been published indicating that WhatsApp is working on a function to transcribe voice messages, although currently only for iPhone.

Apparently the app is already in a trial version for iOS, which does not mean that it will not reach android later, a platform that, although it has more alternatives to go from audio to text, does not have a native solution that performs that transcription either.

Has been one more time the WABetaInfo medium the one who has posted the screenshots showing the development of the voice message transcription. In them it is possible to see how the application would send the voice data to the Apple engine so that it is in charge of converting the audio to text, so the audio would not go to the WhatsApp servers or use its own engine to make the change, Apple would take care of that.

How will it go from audio to text on WhatsApp 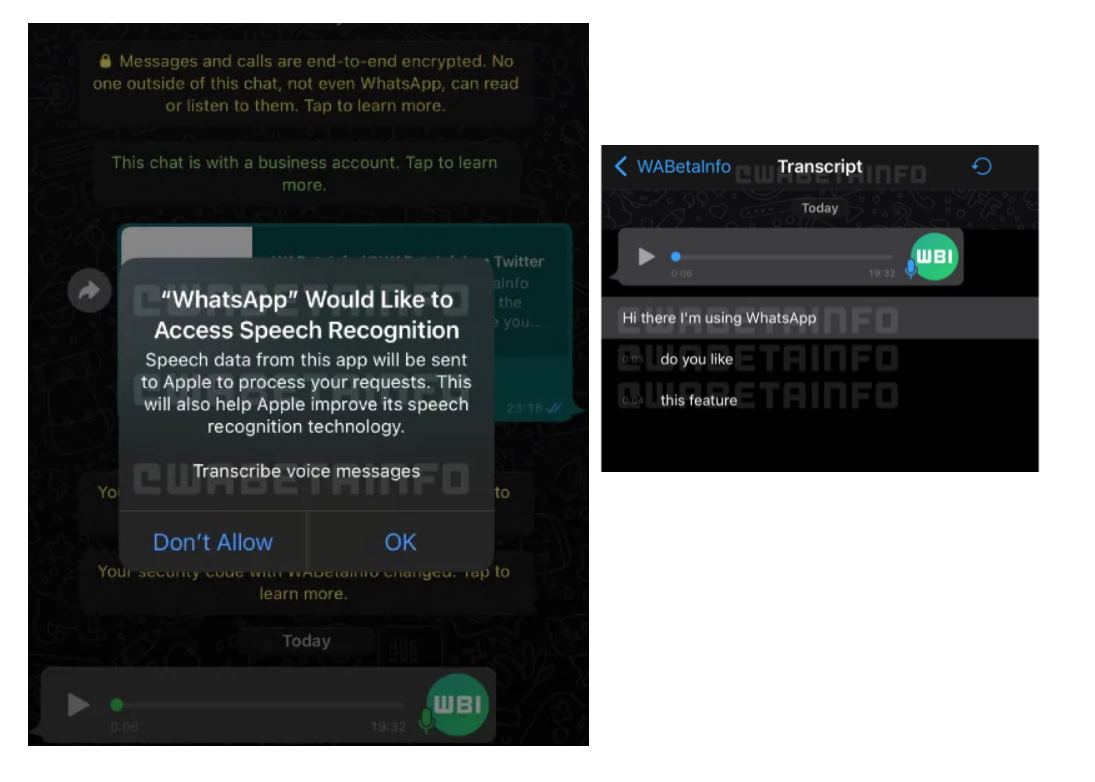 Logically, users will be asked to give permission to share voice data with Apple. Then they will have to wait for the audio to text conversion and access the result in the section called Transcription. From there it will also be possible to jump to specific sections of time to read part of the received message.

The transcription will be saved locally in the WhatsApp database when a voice message is transcribed for the first time, which will speed up access and allow it to be done without the need to connect to the Internet.

The advantage of using something like this is that we will not have to depend on third-party applications that store voice data on their servers, something that could lead to privacy problems.

So far no release dates for the feature have been reported, but we will be attentive, as always.

Yes, you can use water as a coolant, but only in very specific cases

Aqara is launching a new G3 camera including a hub, but not for HomeKit