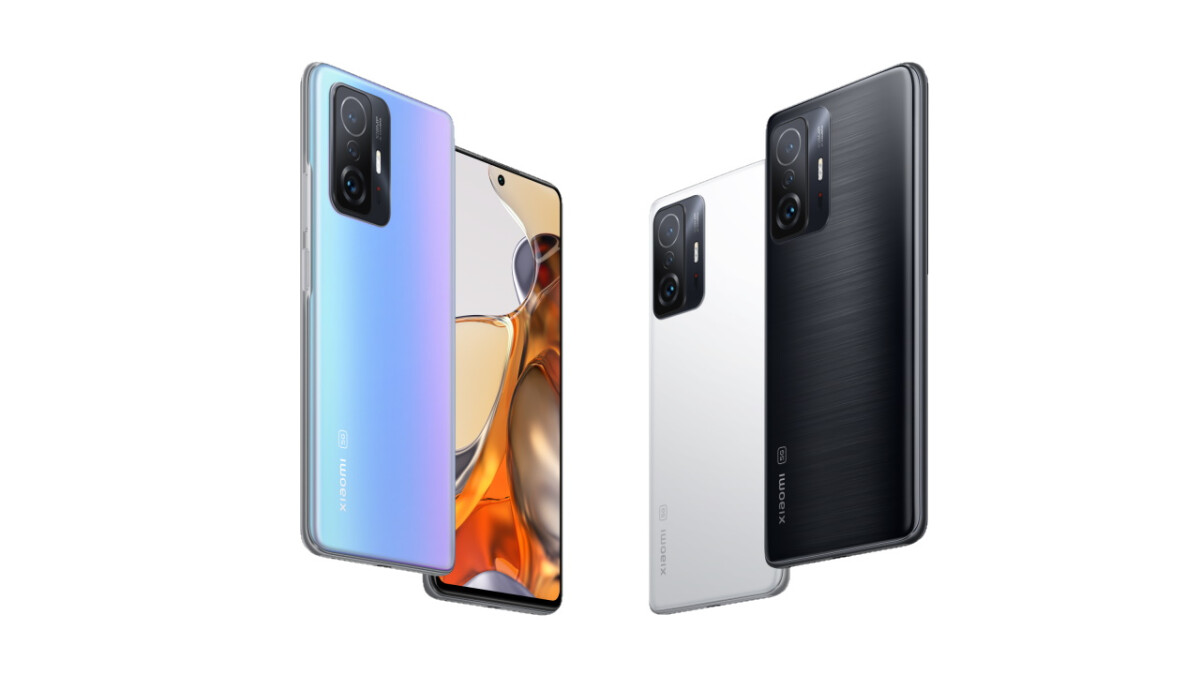 who Xiaomi who knows that it is worth waiting until autumn to buy a new top smartphone from the Chinese manufacturer. Because then the company will present a so-called T-model, which is significantly cheaper than the spring model. It will be the same in 2021! On the Wed 11 the Xiaomi 11T follows from March.

New name for the Mi series

Isn’t there a “Mi” missing in the name? Actually yes, but Xiaomi has decided not to use the abbreviation “Mi” for new products. In the future there will only be Xiaomi products and the cheaper Redmi devices, such as the newly announced Redmi 10.

The Xiaomi 11T (Pro) in pictures

Xiaomi releases a new smartphone with the Xiaomi 11T (Pro). This is what it looks like.

Like the Mi 11, the Xiaomi (Mi) 11T does not come alone, but also has a sister model: the Xiaomi 11T Pro. How the two differ, more on that later. First, let’s take a look at the price of the two phones.

The prices for the 11T start at 549.90 euros, for the 11T Pro at 649.90 euros. This means that the starting price for the Xiaomi 11T series is just under 50 euros below the current street price of the cheapest Mi 11-Variant: dem Mi 11i. Only that is even cheaper Mi 11 Lite, where you have to accept clearer compromises.

Xiaomi 11T (Pro): prices and variants at a glance

That Xiaomi 11T and 11T Pro can be pre-ordered now will. Anyone who orders the cell phone by 1 p.m. by September 17th will receive the smartwatch Mi Watch to the value of 120 euros free of charge. The cell phones will be delivered from October 1st.

Xiaomi 11T and 11T Pro: This is how the two phones differ

If you look at the data sheets of the two Xiaomi phones, you can see differences in the areas of display, battery and processor:

The Xiaomi 11T is equipped with the MediaTek Dimensity 1200 chip, which is also used in the OnePlus Nord 2 tinkering. This puts the cell phone in the middle class in terms of performance, which is a bit disappointing in view of the price. The OnePlus Nord 2, for example, is available from 400 euros. The 11T Pro, on the other hand, plays with its Snapdragon 888 in the same league as the one that costs over 1,000 euros Mi 11 Ultra.

In addition, you have to do without Dolby Vision, speakers tuned by Harmon Kardon and the MEMC video technology with the basic version. Certainly bearable for many of you. Much like the fact that the Xiaomi 11T doesn’t charge as fast as the 11T Pro. The 5,000 mAh battery is charged very quickly at 36 minutes.

What do you have to do without compared to the Xiaomi Mi 11?

With the Mi 10T, Xiaomi fans had to accept significant compromises for the lower price. For example, the cell phone did not yet have an AMOLED screen. This is different this year. Especially with the Xiaomi 11T Pro, the differences to the Mi 11 are significantly smaller, as the following table shows:

The display is a bit smaller, the resolution is lower and Wireless Charging the T models do not offer either. You also have to make minor compromises with the camera. That’s it already. Even compared to the Mi 11 Ultra, the Xiaomi 11T Pro does well in view of the price difference.

In some points, the Xiaomi 11T Pro is even superior to the Mi 11 models. Thanks to the new 120 watt technology, it charges significantly faster at the socket. Xiaomi guarantees you for that T models also have three major Android updates and four years of security patches. Such an update guarantee does not (yet) exist for the Mi 11 series. Here’s just an update on Android 12 secure.

What other models were presented at the announcement event? We’ll tell you everything Redmi 10, Xiaomi Pad 5 and Xiaomi 11 Lite 5G NE under the linked articles. There you will also find the links to the respective bargain guides for pre-orderers.

Don’t you agree? Are you looking for suitable alternatives? We have an extensive list of Xiaomi 11T alternatives for you in ours Smartphone-Overview ready.