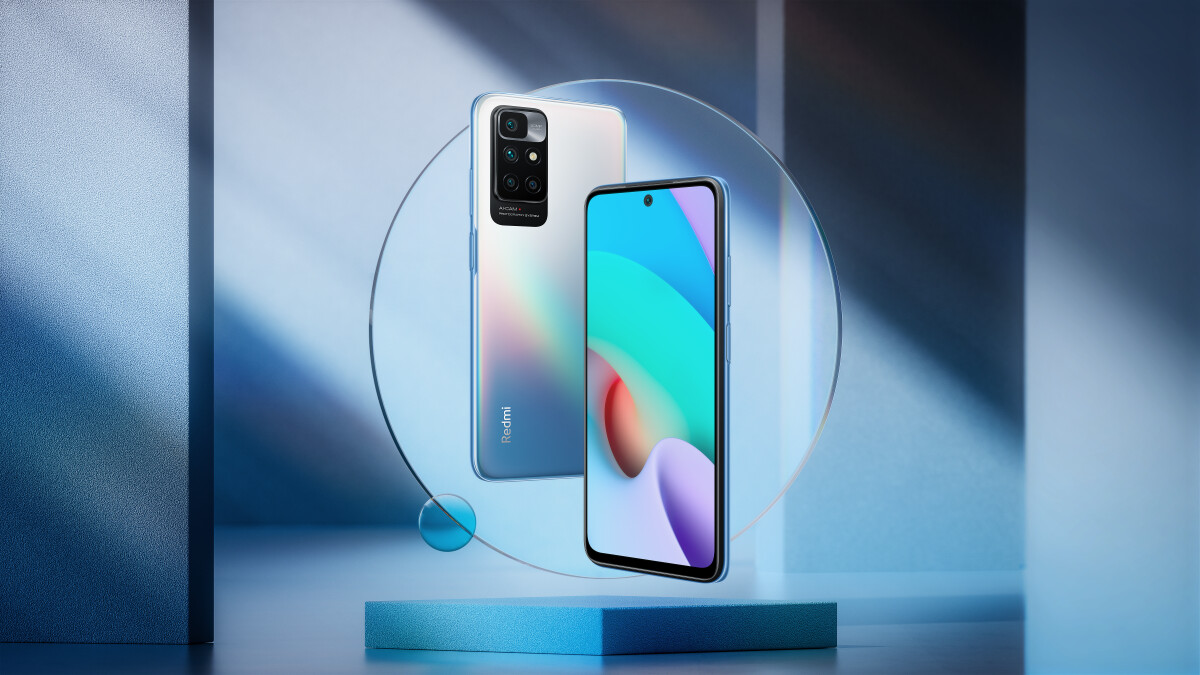 Already a few weeks ago Xiaomi the Redmi 10 announced in China. The market launch in this country is only now taking place. From October 1st you can buy the new budget mobile phone in two versions at the following prices:

Pre-orders are for the Xiaomi Redmi 10 already possible now. But should you strike? After all, the price segment up to 200 euros is teeming with alternatives, Xiaomi itself already has the Redmi Note 9T, the Poco M3 Pro and the Redmi Note 10 three hot irons in the fire, although the latter is currently just as difficult to get hold of as one due to delivery problems PS5.

This is what the Redmi 10 from Xiaomi looks like.

With a diagonal of 6.5 inches and a full HD resolution, the key data of the Redmi 10 display are befitting. But the screen has a special feature: it can display content at 90 instead of 60 Hertz. The increased refresh rate makes animations appear smoother, as the following video illustrates.

It shows a comparison of a cell phone with a 60 Hertz display (left) and a 120 Hertz display (right). A refresh rate of 90 Hertz is at Cell phones under 200 euros no standard yet. In everyday life, however, many of you will be able to do without the feature.

In addition to the screen, Xiaomi particularly emphasizes the camera in the Redimi 10. For photo and video recordings, the phone has a quad camera on the back. The heart of this is a 50-megapixel sensor, the other cameras are an 8-megapixel wide-angle camera as well as a macro lens and a depth sensor, each with a resolution of 2 megapixels.

The high resolution of the main camera and the ultra-wide angle actually set the Redmi 10 apart from other phones in this price range on paper. What the camera is capable of doing in everyday life must be clarified in a detailed test report.

The rest of the equipment of the Redmi 10 does not show any further abnormalities. With the MediaTek Helio G88 processor, the Xiaomi mobile phone ranks in the middle of the field in terms of performance in this price range.

The battery capacity of 5,000 mAh is befitting, but unfortunately the phone charges a little slower compared to the Redmi Note 10. Instead of 33 watts, the maximum charging power is only 18 watts. A NFC-Chip and a headphone jack are available.

The Xiaomi Redmi 10 is a decent budget smartphone that stands out from the crowd, especially with its 90 Hertz display and at least on paper with the camera.

In comparison to the in-house competition Redmi Note 10, however, it falls behind. If its availability does not improve, the Redmi 10 is an alternative in this price range for fans.

Did you miss Xiaomi’s announcement event? No problem! We’ll tell you everything about the new models Xiaomi 11T (Pro), Xiaomi Pad 5 and Xiaomi 11 Lite 5G NE under the linked articles. There you will also find the link to the corresponding bargain guide for pre-orderers.

Don’t you agree? Are you looking for suitable alternatives? We have an extensive list of Xiaomi Redmi 10 alternatives for you in ours Smartphone-Overview ready.

Here you will find the technical data for Xiaomi Redmi 10. You can easily compare size, weight and other properties with other products.

Finally! Rivian manages to manufacture the first unit of its electric pick-up

Poco X3 NFC: Popular Xiaomi mobile phone on eBay thanks to a coupon at a great price