Created by Jack Kirby, the Eternals first appeared in the comic book Eternals (vol. 1) in July 1976. This year, Marvel brought them to theaters in a film that promises to be a turning point for Phase 4. Here is a presentation of the 10 superheroes.

Marvel is preparing for a new era: Phase 4.

After the success of the Avengers, the last of which, Endgame (our review here), had obtained 2.7 billion at the box office, the Marvel Cinematic Universe is preparing for a new era: the famous phase 4. What better way to stay in the history of the film industry than to put in the front of the stage the immortality through the Eternals, emblematic characters in the work of Jack Kirby.

The Eternals by Chloé Zhao (who won this year’s Oscar for directing NOMADLAND) is the 25th film in the Marvel Cinematic Universe. He arrives in France on November 3, so it’s time to take stock of these ten hitherto little-known superheroes.

To return to the origin of this creation, we must take a leap in time towards the 70s. It was during this decade that Jack Kirby, co-creator of iconic superheroes of the Marvel universe (Iron Man, Thor, Captain America), will produce the first works dedicated to the Eternals. But who are these mysterious characters who fascinate more and more? Where do they come from? Several million years ago, Celestials from space descended on Earth to evolve the human race. Like human beings, the Eternals are one of the branches of humanity. The Eternals are immortal beings. They do not get old and are able to heal from any disease. Endowed with superpowers, they can manipulate cosmic energy. Their role is to protect the earth from their counterparts, the Deviants, another branch of humanity, misshapen and subject to the Dark God the Heavenly Dreamer. And to embody them, Marvel has planned a shock cast.

La star Angelina Jolie (Maleficent, Tomb Raider) will headlining in the role of Thena, a character inspired by Athena in Greek mythology or Minerva in Roman mythology. Goddess of wisdom, pure, dressed in her long angelic white dress, Théna was born in Ancient Greece, daughter of Zuras, is cousin of Thanos, the crazy super-villain titan that we know well in the Avengers saga. A fierce warrior, Thena is never more comfortable than at the heart of battle.

The character of Makkari will be played by Lauren Ridloff (The Walking Dead). Makkari has the ability to run at the speed of light, that is the fastest woman in the universe. Its name is borrowed from the god Mercury, god of travel, and messenger of the gods.

Phastos, played by actor Brian Tyree Henry (Atlanta), particularly imposing and muscular, is a master inventor and technopath. He created most of the technological machines of the Eternals. This character is capable of creating illusions. Having forged his hammer himself, he does not seem to want to part with it.

Richard Madden, (Robb Stark in the hit series Game of Throne), will slip into the shoes of the character Ikaris, who has the ability to teleport and fly at an impressive speed. Powerful, serious and endowed with great strength, his first name refers to Icarus from Greek mythology, who died after flying too close to the sun while escaping from the labyrinth. Let’s hope that Ikaris of the Eternals stays away from the stars …

Ajak or Ajax? Indeed, these two names are similar, and it is quite normal! The character of Ajak in The Eternals comes from Ajax of Greek mythology, hero of the Trojan War, son of Telamon and Peribee. In Chloe Zhao’s film, Ajak will be the matriarch of the Eternals, played by actress Salma Hayek (Frida, Bandidas). 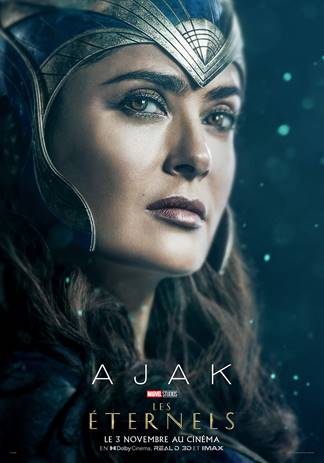 Don’t underestimate the infantile appearance of this thousands-year-old character. This “child-adult” (12 years old), member of the Eternals, is a real joker especially towards the human race. This male character in the Jack Kirby comic will become a female character for the Marvel movie. Actress Lia McHugh will play the role of this little trickster. 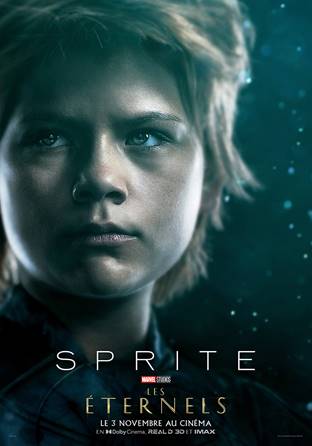 Gilgamesh (Dong-Seok Ma) is a hero of legendary Mesopotamian tales, nicknamed “the one who saw it all” and described as the former king of Uruk, brutal and proud. Marvel is reclaiming this character, also called Forgotten One, the Forgotten, whose pride and pride were severely punished by Zuras. The forgotten has been exiled for centuries, alone in a district of the city of Olympia. Like Thor, he can lift up to 100 tons, and is the strongest character in the group. 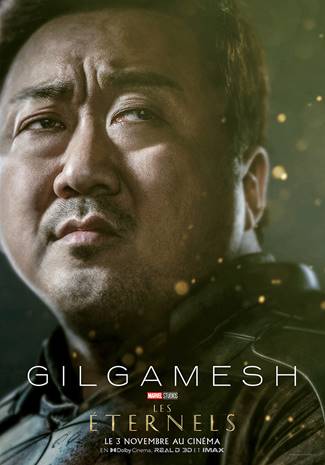 Kingo, played by actor Kumail Nanjian (The Big Sick), spent several centuries in Japan to learn more about the customs of the samurai. Although he possesses the powers of the Eternals (Immortality, flight, cosmic energy…), during battles, this character prefers to adopt the traditional techniques of the Samurai. 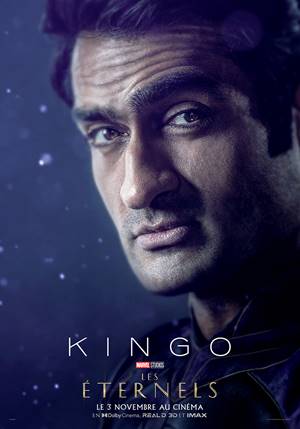 Sersi, performed by Gemma Chan (Crazy Rich Asians, Humans), is an Eternal very close to humans. She lives in London and works at the Natural History Museum. Not the strongest of the group, she shares a special bond with Ikaris, her soul mate. It is also through her that we should learn why the Eternals have never been involved in the history of humanity apart from the protection of the Earth against Deviants. For the record, you’ve already seen Gemma Chan in Captain Marvel, she played Starforce member Minn-Erva there, but as Kree. 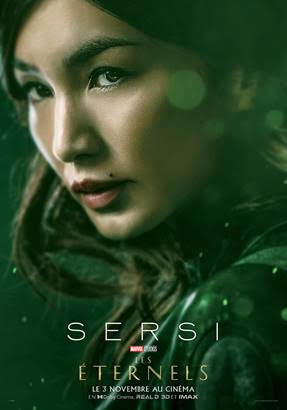 Druig is an intense Eternal who has the power to control spirits. It’s Barry Keoghan (Dunkerque) who plays the role of this evil Eternal, cousin of Ikaris, and who fails to destroy the Earth in the comic of Jack Kirby! Obsessed with power, it’s not clear if he’s a friend or an enemy! 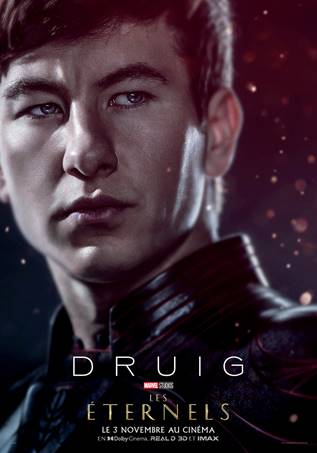 Amazfit presents itself with a new, more colorful logo

Samsung moves its Tizen apps to the Samsung Galaxy Watch4

Netflix: Discover the teaser for part 2 of LUPINE!

Facebook now tests the integration of Reels in its main application