That’s it, Sony has just unsheathed the Alpha 7 IV, a worthy successor to the Alpha 7 III which had won over many videographers and photographers around the world. What is Sony’s new hybrid worth?

He was expected around the corner. The Alpha 7 IV – or A7IV for close friends – has just been announced by Sony, and therefore succeeds the device that has propelled Sony to the rank of true reference and knew how to democratize access to a high-end hybrid, the ‘A7III. The latter indeed offered immense arguments at a frankly contained price, and had known how to seduce very many photographers – and especially videographers – around the world.

This new iteration does not completely disrupt the work undertaken with the Sony A7III, which still remains a true benchmark today. We therefore find what made its success, namely this small minimalist body, this full-frame sensor, this crazy autofocus and its advanced functions. As a bonus, the Alpha 7 IV offers major advances on certain specific points that could be frustrating on its predecessor, with a brand new stabilized 33.1 MP sensor, a ball-head screen, new menus and even new capabilities. video. Is it as interesting as its predecessor? Answer in this grip of the Sony A7IV! 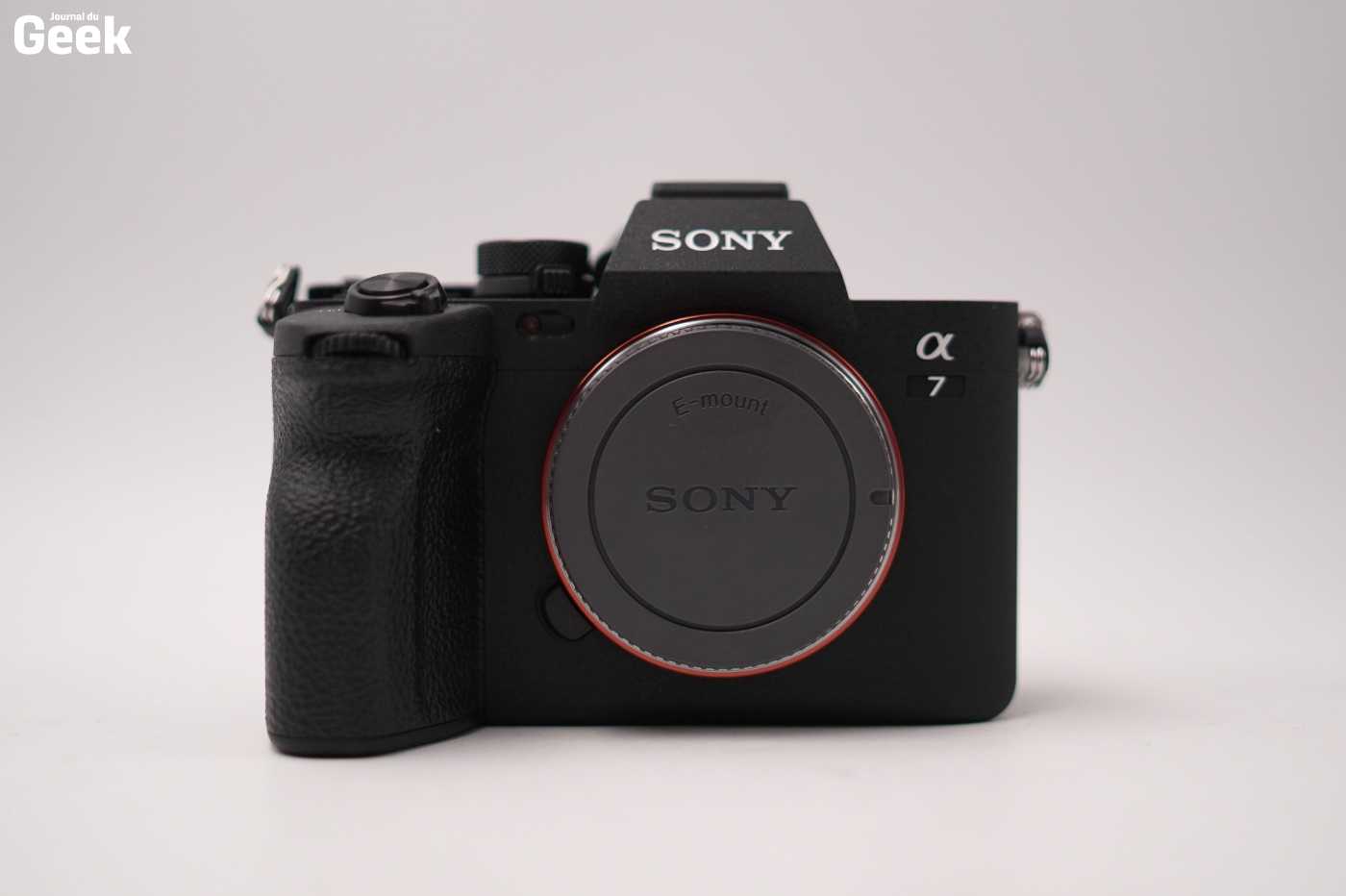 Handling and ergonomics of the Sony A7IV

Sony’s new hybrid looks a lot like its predecessor, and maybe even more like the Sony A7SIII, launched just over a year ago. We therefore always find a very compact case compared to the sensor it houses, a full format 24 × 36. The contrast between the size of the case and a large lens will therefore always be so obvious. The device once again switches toE-Mount, Sony’s in-house mount which now includes a large fleet of lenses comprising nearly 63 references in total. 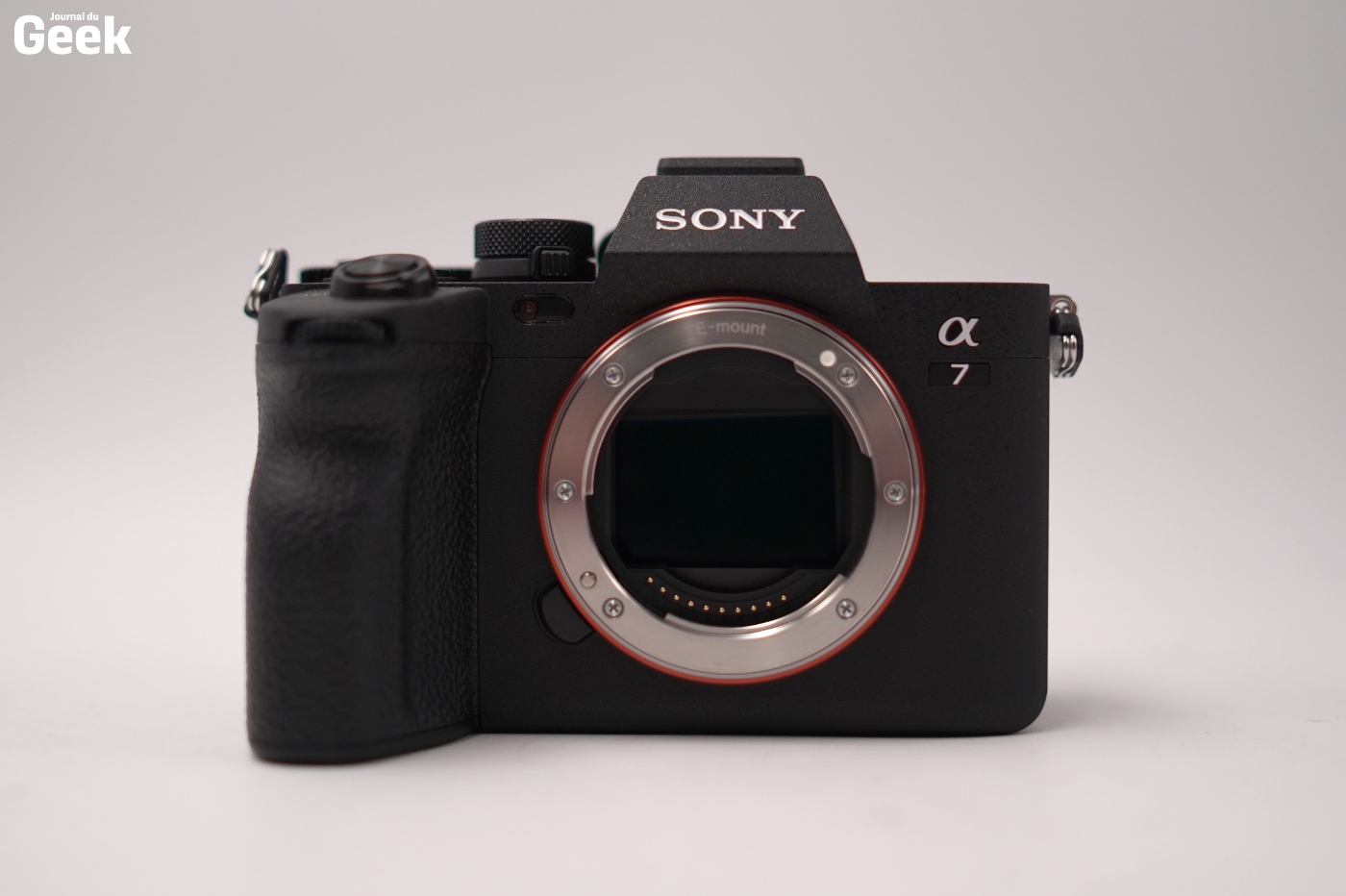 Despite its similarities with its predecessor, the Sony A7IV embeds a major novelty that should delight videographers: a screen on ball joint! This new LCD panel with 1.03 million dots is always tactile, and finally allows you to have access to a feedback when you are filming yourself, without having to invest in an external monitor. Vloggers and all videographers who film themselves face-to-face should appreciate it. 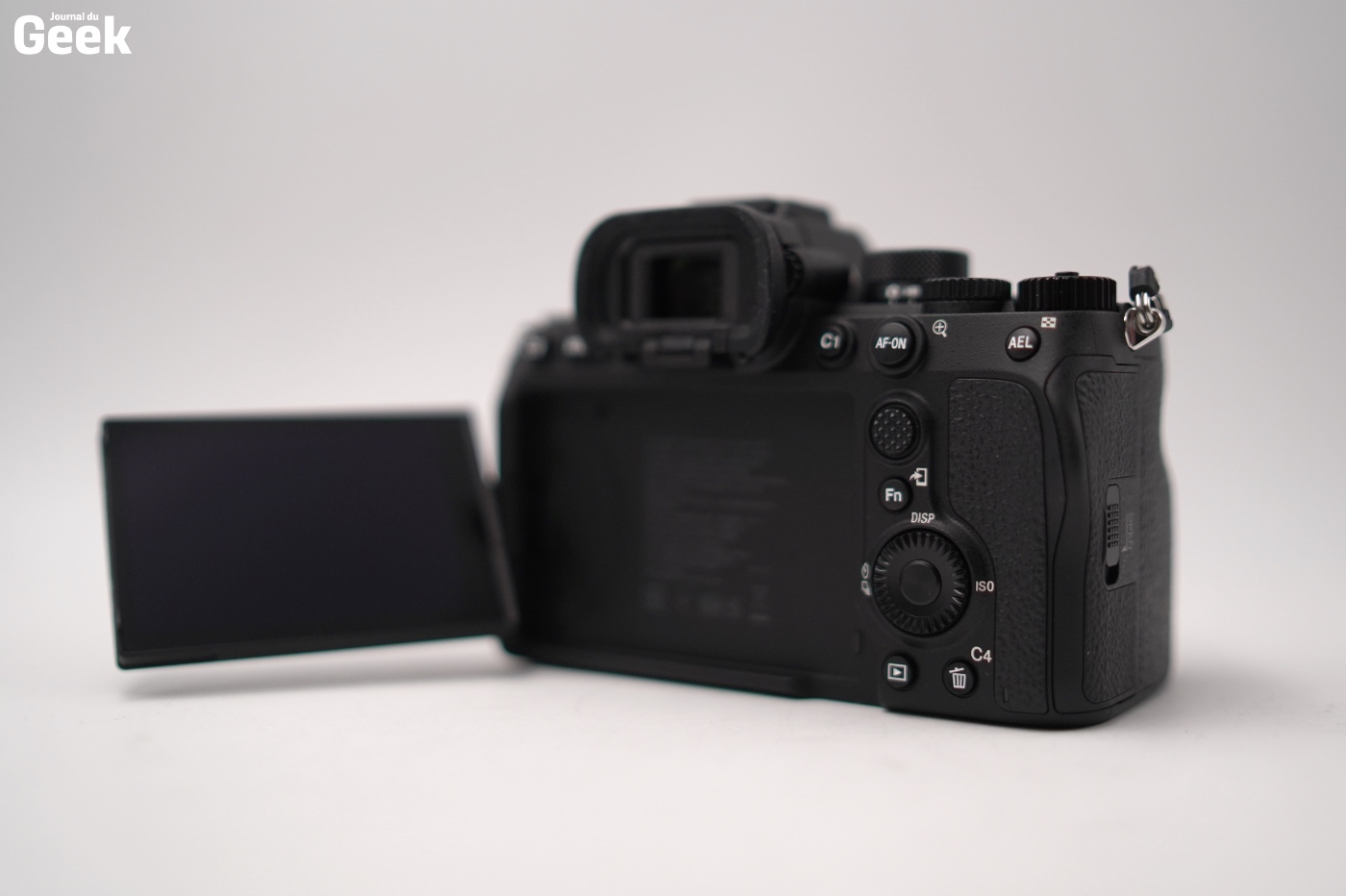 That’s not all, since this Sony Alpha 7 IV also takes over the new menus introduced with the A7SIII. The menus of Sony hybrids were previously widely criticized for their lack of clarity, especially compared to what Canon and Panasonic offer. This time, the gas plant is frankly lightened and the menus of this Sony A7IV are largely inspired by those, very clear, of Panasonic, which is not to displease us. While there are still a few poorly laid out sections, this is a very big step forward and one of the major issues with older Sony hybrids has just been generally fixed.

And if you do not want to often venture into these menus, there are enough buttons to configure your Sony A7IV onions. Sony has undertaken a great cleaning and offers its fans long-awaited corrections, including on this box most of the novelties of the Sony A7SIII. Three customizable buttons – C1, C2 and C3 – a thumbwheel with a stopper to choose its mode, plus various knobs to adjust the aperture and speed as desired, or a wheel dedicated to exposure, joystick, button AF ON…

Also, the REC button is now placed on the top of the case, rather than on the back like on the A7III where it was quite painful to reach, especially when putting the camera on a stabilizer. Finally, we have a double SD slot on the right, compatible with both standard cards and CFexpress Type-A, Sony’s new memory card format capable of up to 700 MB / s write and 800 MB / s read speeds, and cut to 4K recording at extreme speeds.

Finally, the device has an HDMI port, a microphone jack, a headphone input, a USB-C 3.2 Gen2 connector (offering speeds up to 10 Gbps), a second USB-C port which acts as a 1000BASE Ethernet port. T, and a Micro-USB socket. 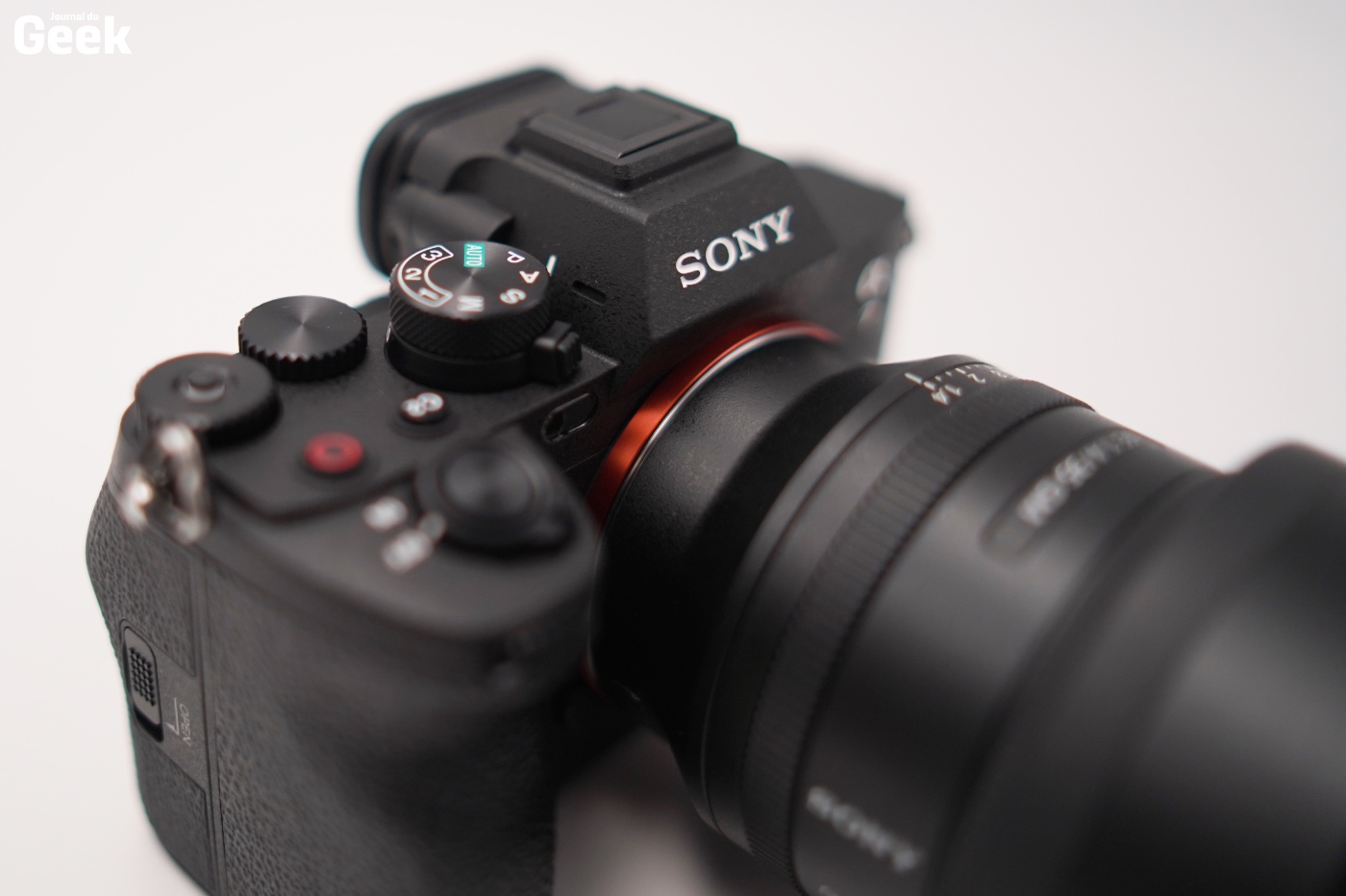 With its new hybrid, Sony is slowly evolving the recipe that made the success of the A7III, without venturing into troubled territory. Thus, the device remains confined to video capture in 4K, except that it can now go up to 60 fps in Super 35, where its predecessor was confined to 30 fps. It’s also a better 4K, since we now go to 4: 2: 2 10 bit, with an impressive bitrate of… 600 Mbps. For comparison, the Sony A7III could only shoot in 4: 2: 0 8 bit with a maximum bitrate of 100 Mbps. However, it will be necessary to record on a CFexpress Type-A card to achieve such a speed. 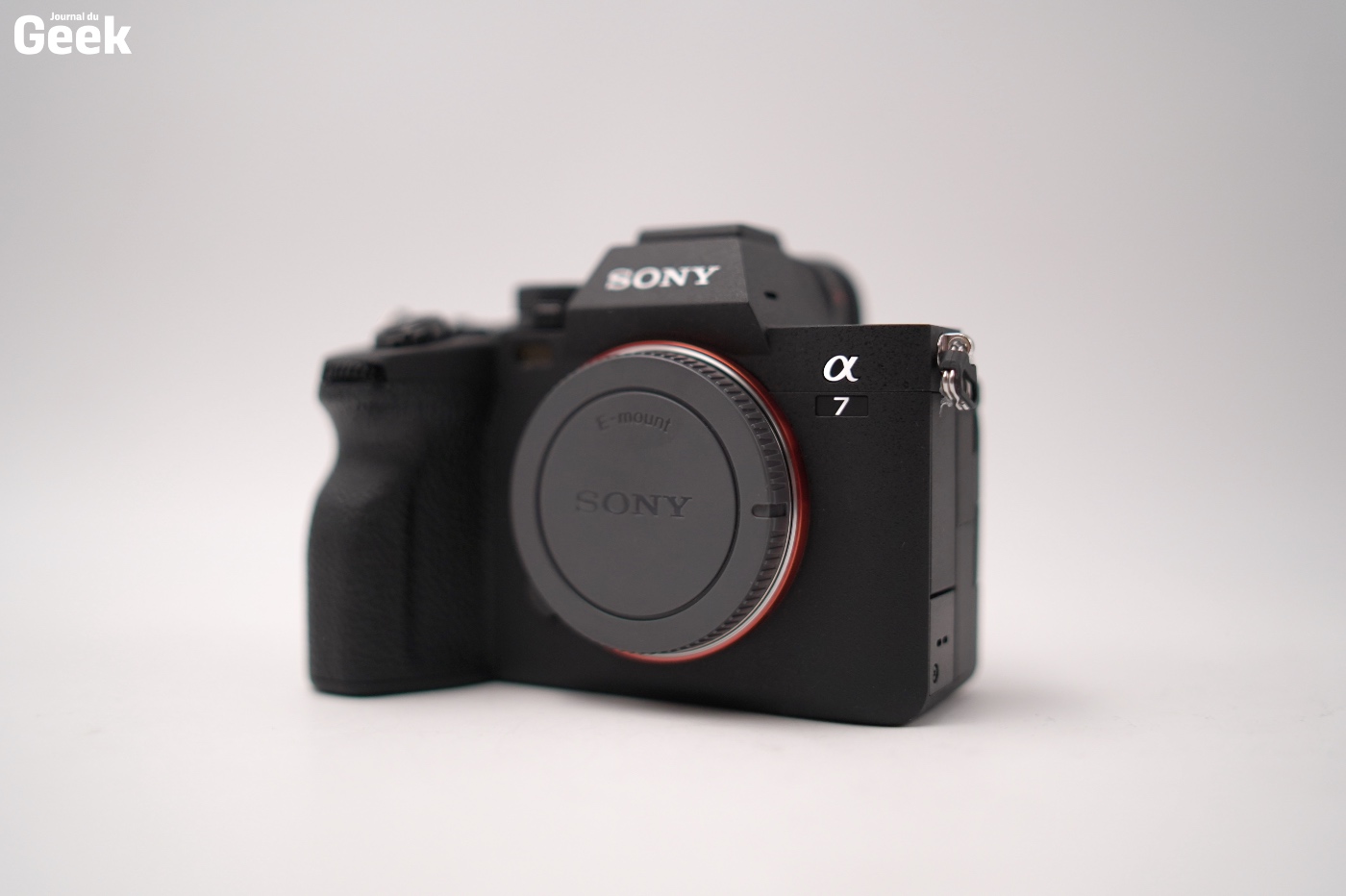 As for the sensor itself, exit the 24.2 MP sensor of the A7III, the Sony A7 IV relies on a new 33.1 MP Exmor R CMOS sensor which benefits from 5-axis stabilization. This is an excellent compromise for both photographers and videographers, while the former could feel a little cramped at 24 MP and the latter will still enjoy good performance when the light is lacking. .

Performance in low light has just been improved on the Alpha 7 IV, with ISOs ranging from 100 to 51,200 (expandable up to 204,800 in photos and up to 102,400 in video), and a range dynamic extended to 15+ stops in S-Log. We will not go so far as to titillate the excellence of the Sony A7SIII, true King of images in low light, but the Sony A7IV is still devilishly effective when the light is lacking, thanks to very good management digital noise.

For this, we can count on a brand new image processor, the BIONZ XR. This had already offered a (successful) excursion on other high-end hybrids of the brand, the Sony A1 and Sony A7SIII in particular. The Japanese firm promises 8 times better performance compared to the Sony A7III processor. The brand also promises significant improvements in color reproduction, especially with regard to skin tones, the main flaw of its predecessor. 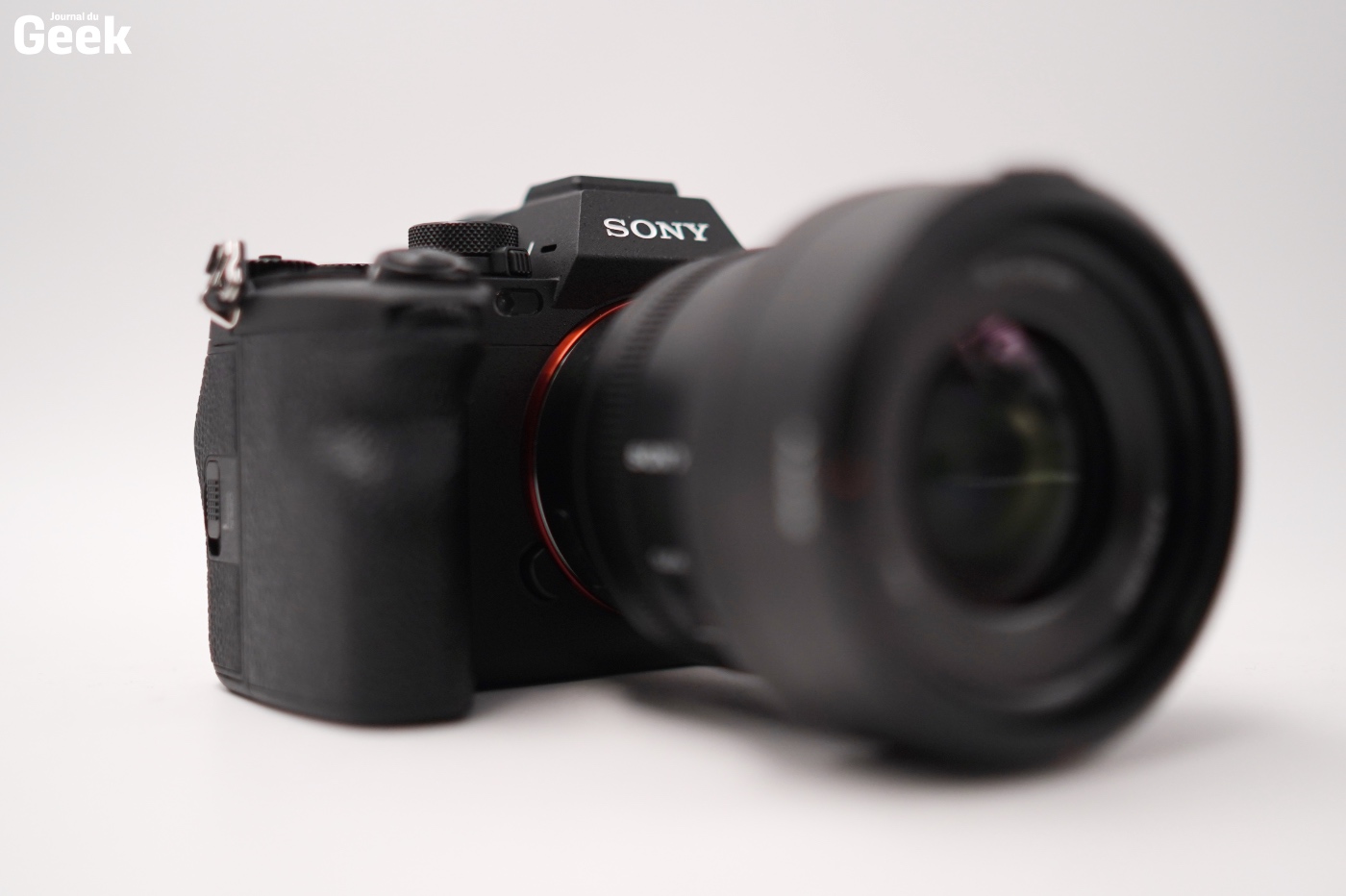 A word about autofocus, already excellent on its predecessor, and which is still improving with this generation of hybrid. With nearly 759 points and 94% coverage, the autofocus offered by the Alpha 7 IV is simply excellent, and above all, particularly fast. We find the tracking of the human eye, something that the A7III did not offer and that we only found on the Sony A7SIII and the Alpha I, but the Sony A7IV also provides eye tracking for animals. as well as the birds. No more excuses for missing an update. It is also possible to focus on a person in video simply by selecting it from the touch screen. Practice.

But since images are worth a thousand words, here are some pictures captured with this Sony A7IV under several conditions:

Google Play reduces the commission it charges for subscriptions

Uncharted reveals itself in tasteless trailer

Apple is working on a combination of Apple TV, camera and speakers