It is not easy to do a review of a laptop of almost 3,000 euros, since everything good that it says could be accompanied by an “and I’m paying for it”, but in this case we are talking about innovation, not just about power and speed. 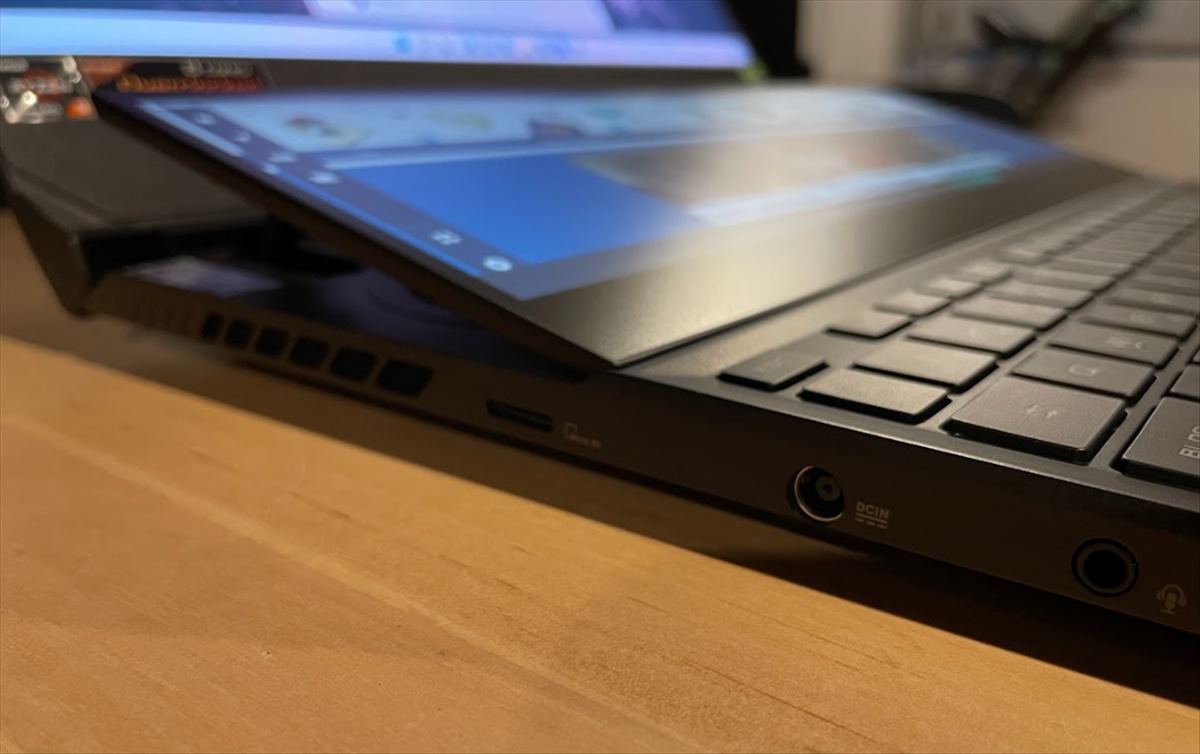 Regarding characteristics and graphic processing capacity, I will not get too long, because it is something that you can consult both on the official page like in videos made by gamers and specialists in the field. I am not that type of gamer, I am more of the Clash Royale, so my interest when using a computer of this type is based on the 3D processing capacity when working with figures for the Anycubic and in productivity when it comes to having the screen divided into several zones.

If you are thinking about this computer to play, it is clear that it can replace many high-end gaming desktops, and surpass them, surely, but my opinion is more focused on the use by other mortals.

Second screen to produce, not just to play

The main screen is not touch, but the secondary one is. In this video I show you how it can be used.

The screen can be used as an application launcher, being possible to manage and customize the control panel, and as a showcase to show the applications or windows in general that are displayed on the main screen. We can save the windows occupying different areas, as shown in the video.

From a productivity point of view, we can use it to have data in the lower part and write about it in the upper part, or to save references, excel sheets, documents … the idea is to avoid having a second monitor when it is not necessary.

Logically, the possibilities in the gamer world expand, giving a huge advantage to the player with games compatible with a second screen.

The idea has caught my attention a lot, and the fear of “such a second screen must be very fragile” has lifted me. The laptop is not fragile, it is the most robust I have ever seen.

I’m not a laptop person, I’m a desktop person, although I can be using a laptop for weeks if necessary. But in this case I would not mind “moving”, because the second screen has convinced me.

In my day to day I use second monitors, papers, documents everywhere, references that I use to write… one monitor is too small for me, a second screen has managed to speed up my work a lot.

I’ve only been using the ASUS ROG Zephyrus Duo 15 GX551 for a week, but my experience has been really good. Surely, if you were also a gamer, you would find its price attractive.

Dyson repackages, its premium rival is already sold off at -40%

Focus on the Vivo X60 Pro + on the camera and hardware

They are gossiping about an even stronger ROG Phone 5