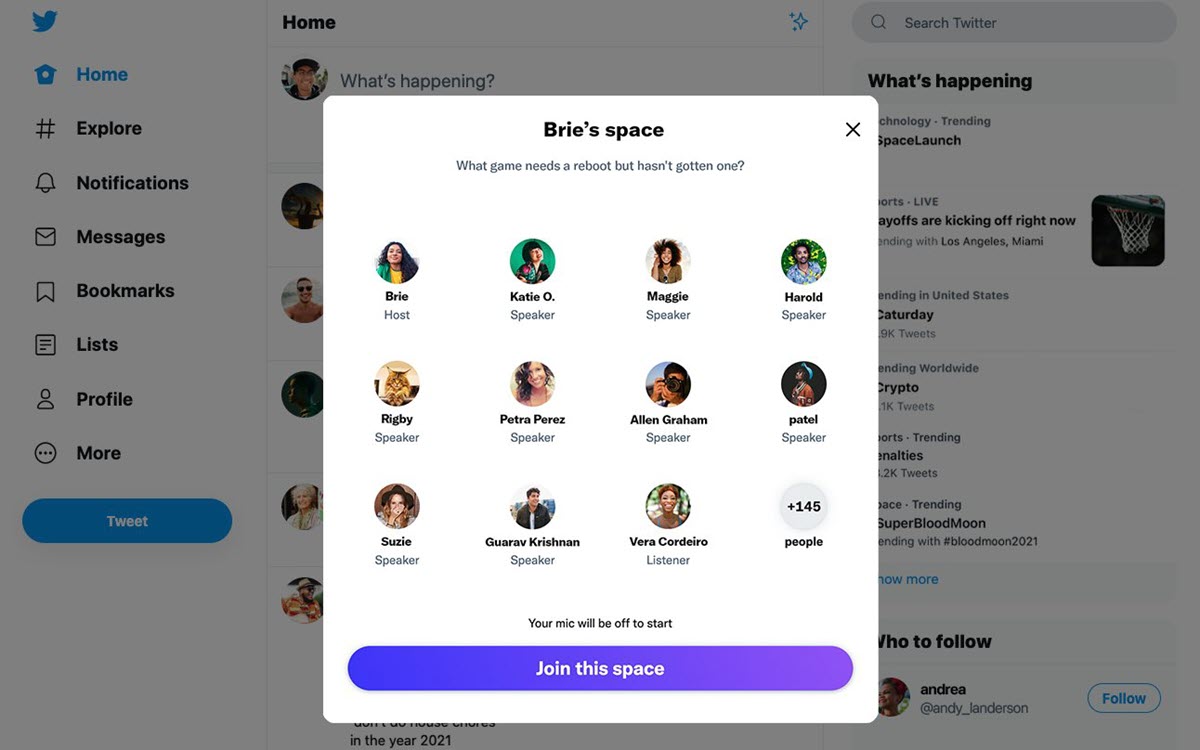 A dynamic that will be possible through direct links that can be shared by the hosts of the audio rooms.

Twitter is adding a new dynamic to enhance the reach of audio rooms. You are now giving users the ability to share direct links to the audio rooms they create on the platform. That way, anyone can listen to the live conversations without having to log into the platform.

And the dynamics is simple, they only have to share the link and the user will be able to follow the conversations in the audio rooms from the web version of Twitter. So if you have friends who do not have a Twitter account or who do not want to log in, you can invite them to follow your talks live without complications.

It is an interesting dynamic that gives the opportunity for any user to follow Space’s conversations on topics that interest them. And on the other hand, it benefits the creators or hosts of the room, since they can project their audience beyond their Twitter followers.

Twitter has released a series of updates for live audio rooms in recent months. We have already seen that it has added the option that allows record the events of live voice rooms so that hosts can share the recording with their followers.

So if someone has missed the talk or wants to listen to it again, they have the possibility to do so thanks to the recordings. At the moment, it is a feature that is available only to a limited group of users on iOS.

discover the 15 minutes of new gameplay

this product is out of stock and will not return until 2022!

Malware: you will receive this email but do not click!

OnePlus Band will be available in Q1 2021