Many believe that fighting climate change is not a matter of money but of individual attitude, although it is clear that the actions of each one depends on the policies imposed, the established norms and the communication campaigns that are carried out.

One of the most interesting studies done on this topic is the one I read a few days ago on the BBC. Some important points are discussed in it:

– The nations that have added the most CO2 to the atmosphere are not those where its impacts are most felt. There is a lack of water in the islands of Fiji, for example, and many actions are being taken to try to survive.

– Rich nations pledged in 2009 to provide $ 100 billion a year to fight climate change, although it is still unclear who should pay the bill or how the money should be spent. So far the numbers are far from those figures, as can be seen in the image below of the Organization for Economic Cooperation and Development (OECD). The 100 billion figure is not expected to be reached until 2023. 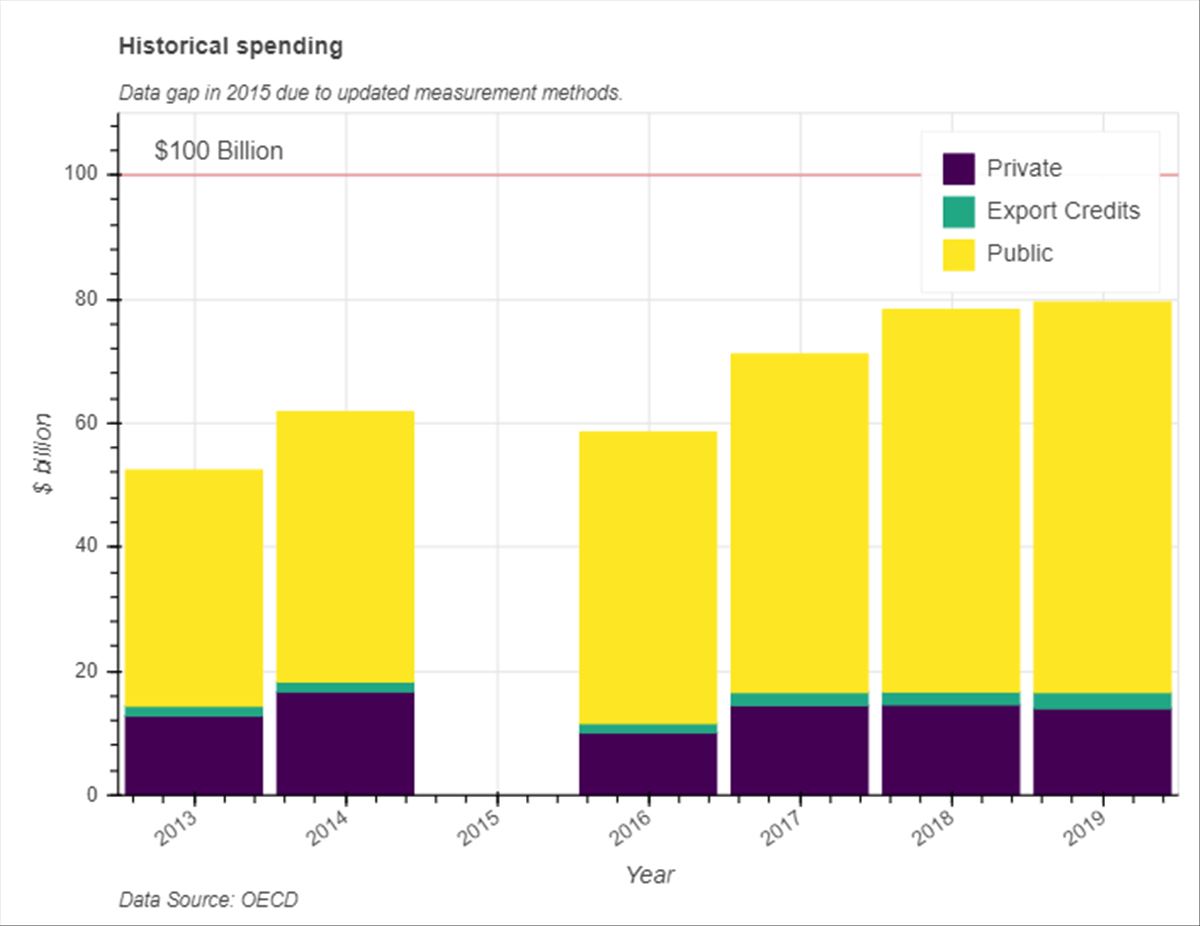 – Most of the money came from governments, but donations from private companies are very important.

– Japan, Germany and France are the ones that have donated the most money for actions related to the fight against climate change. Other richer countries, such as Australia, Switzerland or Norway, have donated much less. Of those who have donated the least, Australia and Canada pollute the most. On the BBC there is a bubble chart where the size of the bubble indicates what each country pollutes. The higher it is, the more money it has given, the further to the right, the richer the country.

– Most of climate finance has not gone to lower income countries. Much of that money was made as a loan to be repaid, not as a grant.

There are projects of all kinds, from one supporting renewable energy in Nigeria, to another enabling the creation of a project in Yemen to support resilient livelihoods and food security.

We are taking steps blind, closing contracts and giving money in projects that we do not know if they will have an effect on climate change, but at least we are taking steps, and that is not bad news.

Parisian transport: soon the end of the ticket book!

Apple Fitness + comes to Germany with a new function

Colossal! The Hennessey VelociRaptor is the Ford F-150 Raptor that dares to be more powerful than the electric F-150 Lightning