DJI announced its latest drone aimed at common users. The DJI Mavic 3 is the new high-end drone from the Chinese brand and hits the market with impressive features.

Available in three different packages, the DJI Mavic 3 can record video at up to 5.1K resolution. For this, it has new cameras, new navigation sensors and a considerable increase in autonomy.

DJI Mavic 3 arrives with Hasselblad lenses for video recording up to 5.1K

Strictly speaking, the DJI Mavic 3 was presented in two versions: the normal version and a Cine version that offers the most advanced set of technologies in this model. In fact, it’s in the latter that you’ll find the possibility to record video up to an incredible 5.1K resolution.

If you don’t have the need to record 5.1K video, the DJI Mavic 3 also offers DCI recording 4K a 120fps common bitrate 200Mbps maximum. Already in Full-HD, this drone can record in slow motion up to 200fps. 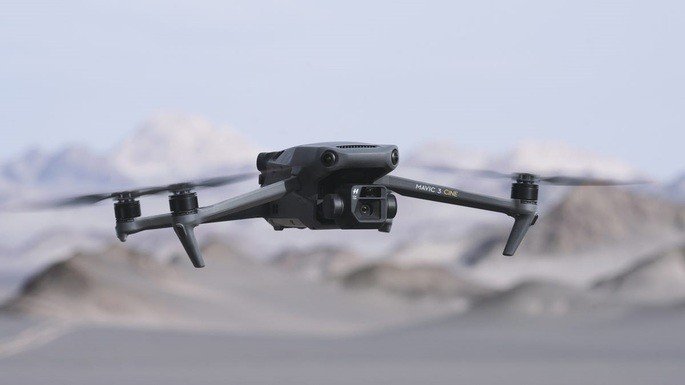 It should also be noted that the DJI Mavic 3 has a second telephoto lens with a resolution of 12 MP. This has a dimension of 1/2″, a focal aperture of f/4.4 and provides a hybrid zoom up to 28 times.

Whoever opts for the Cine version will be able to record video in ProRes 422HQ which will offer greater flexibility when editing. To support the size of files generated by this format, this version includes 1 TB of SSD storage, whereas the base version only has 8 GB.

Flight autonomy of up to 46 minutes makes all the difference

Another great innovation vector of this DJI Mavic 3 is its flight autonomy. This drone has a battery capable of supporting up to 46 minutes of flight and this represents a considerable increase compared to the model that precedes it. 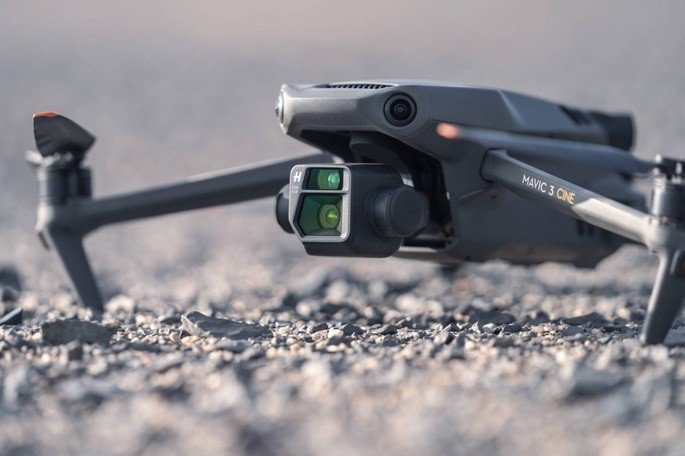 Thinking about the time you will spend in the air, DJI has included a series of new sensors that will improve your navigation. We now have six fisheye sensors and two wide angle sensors that will allow the detection of obstacles at 200 meters from distance.

Thanks to the new ActiveTrack 5.0 technology, this drone will be able to maintain focus on an object and distinguish it from others, in addition to following it in any direction and naturally adjusting angles. However, this functionality will be made available later through a software update.

Also note the presence of an advanced return-to-base mode, a transmission range of up to 15 Km and the new AirSense technology. The last one will help the user to avoid planes and helicopters that might be in the vicinity of their drone.

No wonder this set of features that make up the DJI Mavic 3 doesn’t come cheap. In fact, the base version of the new drone starts at €2139.

There will be a second package with accessories like two additional batteries, four sets of propellers and a backpack for €2849. The Cine Premium Combo package, with all the extras, will cost €4879.

In the UK goodbye to fossil fuels thanks to wind and nuclear power: and in Italy?

Boss Uwe Hochgeschurtz: The outsourcing of the Opel works is being examined further

Daimler: Obligation to stop combustion does not apply to trucks