After the release of the very high-end Google Pixel 6, the American giant still has some surprises in store.

No sooner has Google formalized its high-performance Pixel 6 and Pixel 6 Pro, than eyes are already turning to the brand’s next models. Since the third generation of Pixels, GAFAM has indeed offered a lighter version of its flagship, generally announced a few months after the original versions.

The Google Pixel 6a unveils its photo module

Yes but here it is, the few secrets that still exist around the Google Pixel 6a do not seem to be the weight in the face of the leaks. Thanks to several renderings recently unveiled by OnLeaks and 91Mobiles, we already knew that the Pixel 6a would sport a design very close to its big brothers, in particular by abandoning its jack, and by keeping the crossbar dedicated to housing its photo module.

However, it is precisely at the level of the photo that things will change for the Pixel 6a. Unsurprisingly, Google plans to revise its back camera downwards, with a main sensor Sony IMX363 of 12.2 megapixels. As a reminder, this is the one that is already found in all smartphones in the range, from the Pixel 3 to the Pixel 5a. Compared to the classic Pixel 6’s GN1, this should translate into poorer light management.

Still on the back, the Google Pixel 6a should also carry a 12-megapixel IMX386 sensor identical to that of the Pixel 6, and which will serve as an ultra-wide-angle camera. The selfies will be managed by a module identical to that of the Pixel 6, namely an 8-megapixel IMX355. In the end, only one of the three sensors should therefore be modified, but as regards the main module, this will inevitably lead to a consequent degradation of the photo quality.

Tensor on the program

In terms of its SoC, however, Google seems to have made the decision to opt for a Tensor house chip to equip its Pixel 6a. A choice that will probably allow the mid-range smartphone to benefit from the same features as the Pixel 6 and 6 Pro, also equipped with a Tensor processor. It remains to be seen when Google will decide to formalize its new smartphone. 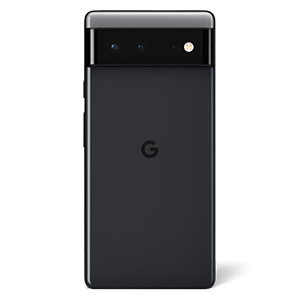 Political target for Stromer for the first time: Ampel wants 15 million e-cars in Germany by 2030

Those who trade NFTs could start paying taxes for it

A deep learning algorithm that can predict green lights for cyclists

you will soon be able to share 3-minute videos