Black Friday is launched at Amazon and already, the brand offers us several LEGO sets at prices never before seen!

For Black Friday, Amazon is offering up to 25% off a selection of LEGO sets, here are the ones you shouldn’t miss!

Fans of the unforgettable original Star Wars trilogy and the LEGO Star Wars: The Skywalker Saga video game will love recreating the action of the Battle of Hoth with this detailed and articulate version of the iconic AT-AT walker. This buildable model includes 6 minifigures, Luke Skywalker, General Veers, 2 AT-AT pilots and 2 snowtroopers, all armed to recreate the battles between the Empire and the Rebel Alliance. It is available for 98.40 euros instead of 131.26 euros. 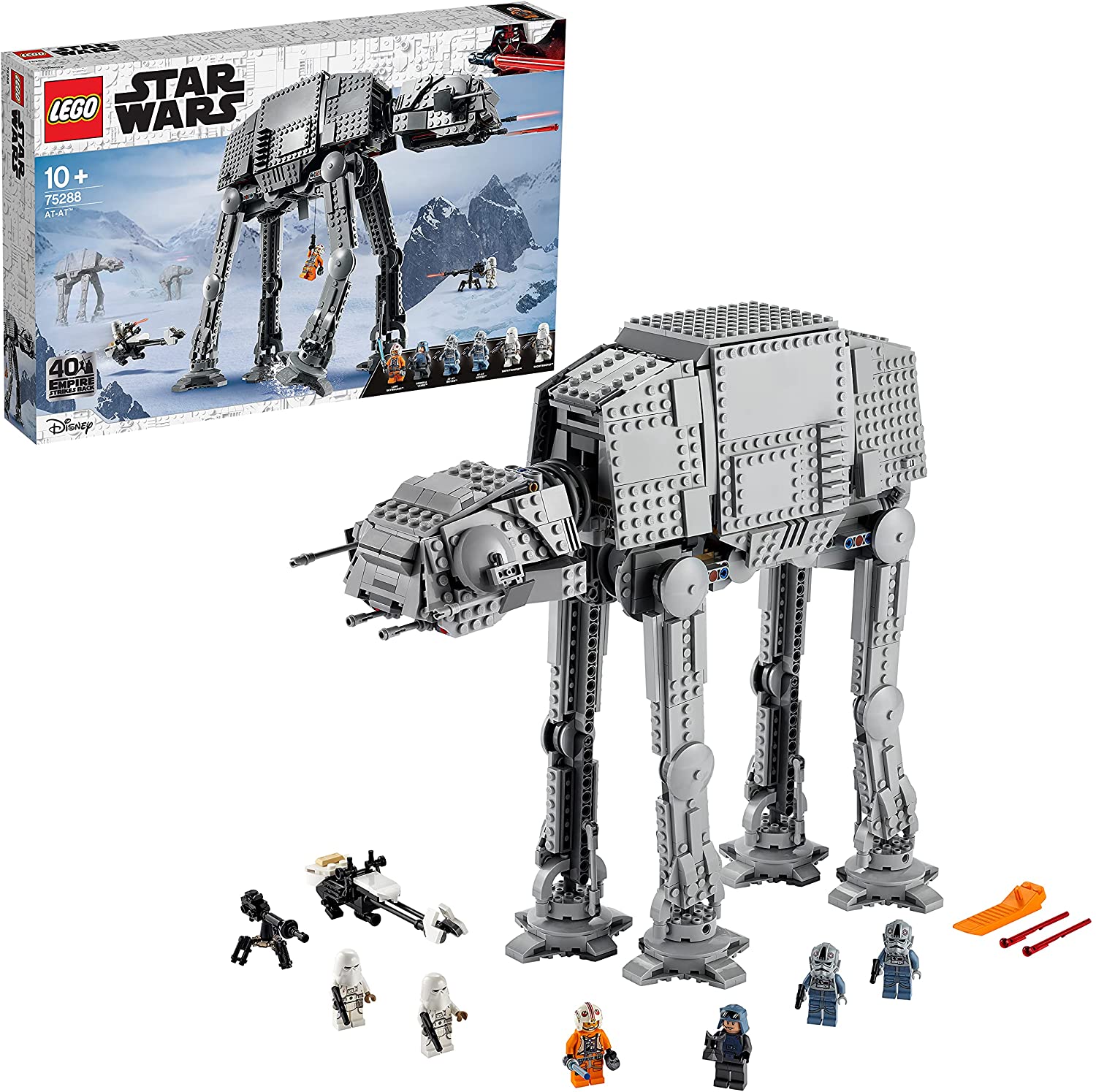 A beautiful LEGO Architecture New York Cityscape to build, with authentic and detailed models of iconic buildings and landmarks, for adults who want to showcase their passion for this bustling city. This collector’s building set includes models of the Flatiron Building, the Chrysler Building, the Empire State Building, One World Trade Center and the Statue of Liberty. Available for 31.40 euros instead of 41.99 euros. 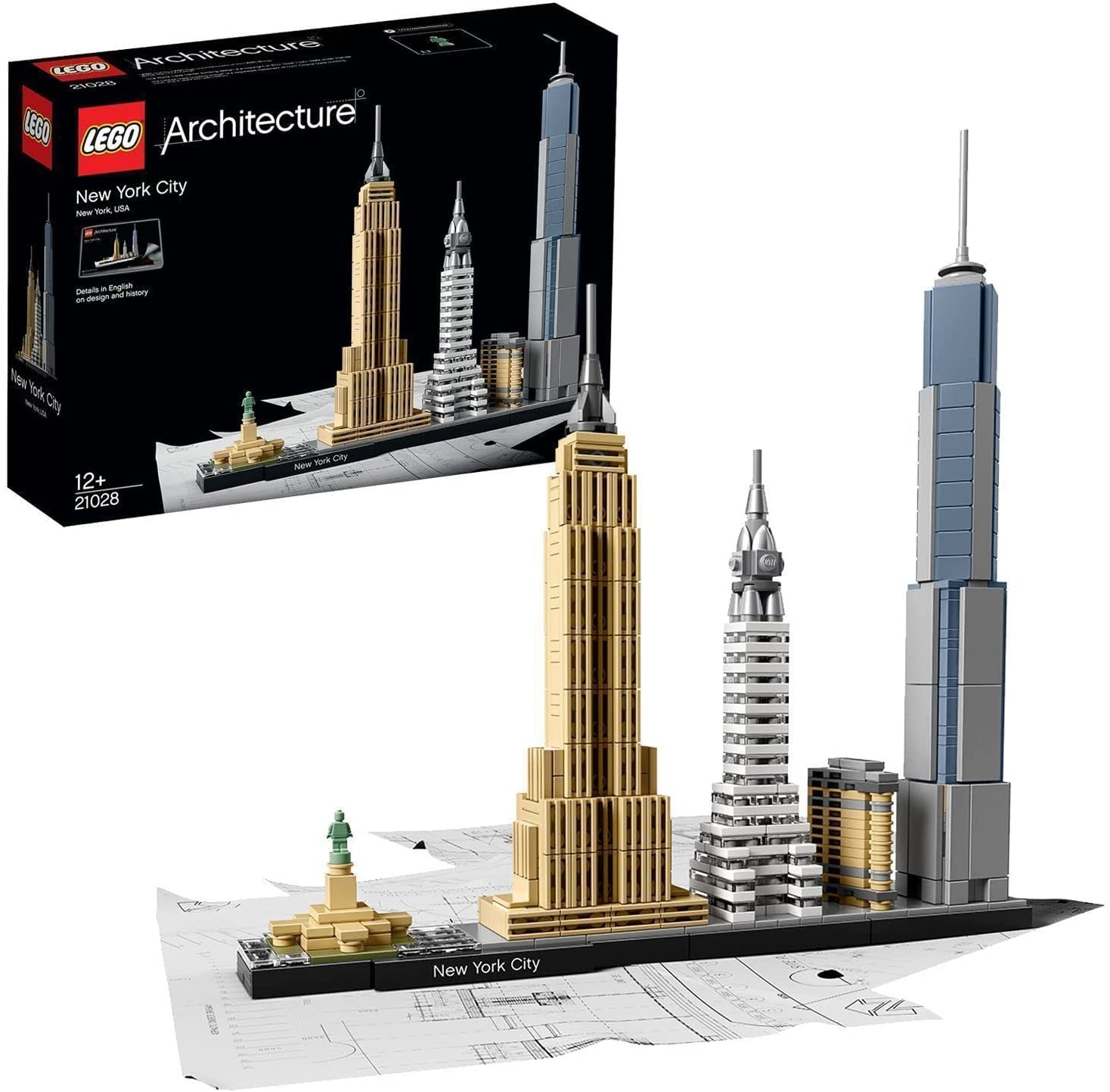 Travel to the frozen planet of Hoth to relive the cult scenes from Star Wars: The Empire Strikes Back with this Imperial Probe Droid! This premium model is part of a series of buildable and display LEGO Star Wars collectible sets designed for adults. It has articulated legs and comes with a transparent brick post to “hang” it above a buildable snow decor. 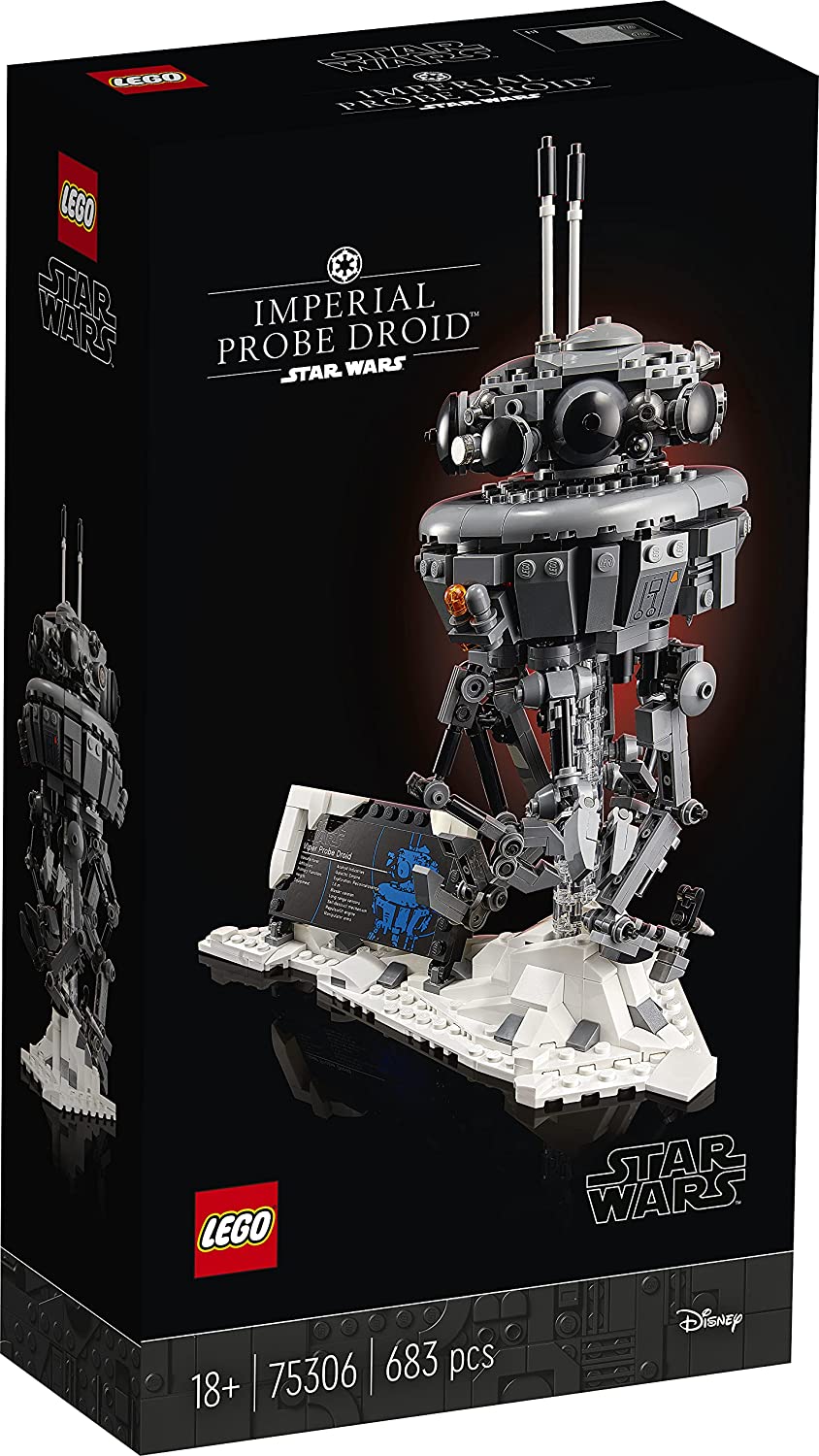 The art of bonsai has captured the imaginations of tree enthusiasts for centuries. Now, LEGO fans or those looking for new forms of relaxation will be able to bring this ancient art to life with the 878-piece building kit.

Builders will be able to taste a new calm by meticulously bringing together green leaves and pink cherry blossoms to give birth to their bonsai. Want a change or the arrival of a new season? Nothing could be simpler: the crowns of colors instantly transform the aesthetics of your tree.

The LEGO bonsai comes with a rectangular pot and a wooden slatted LEGO stand, creating a lovely piece to display, at home or in the office. Careful observers are sure to notice that each flower is made up of frog-shaped elements. Available for 35.20 euros instead of 46.99 euros. 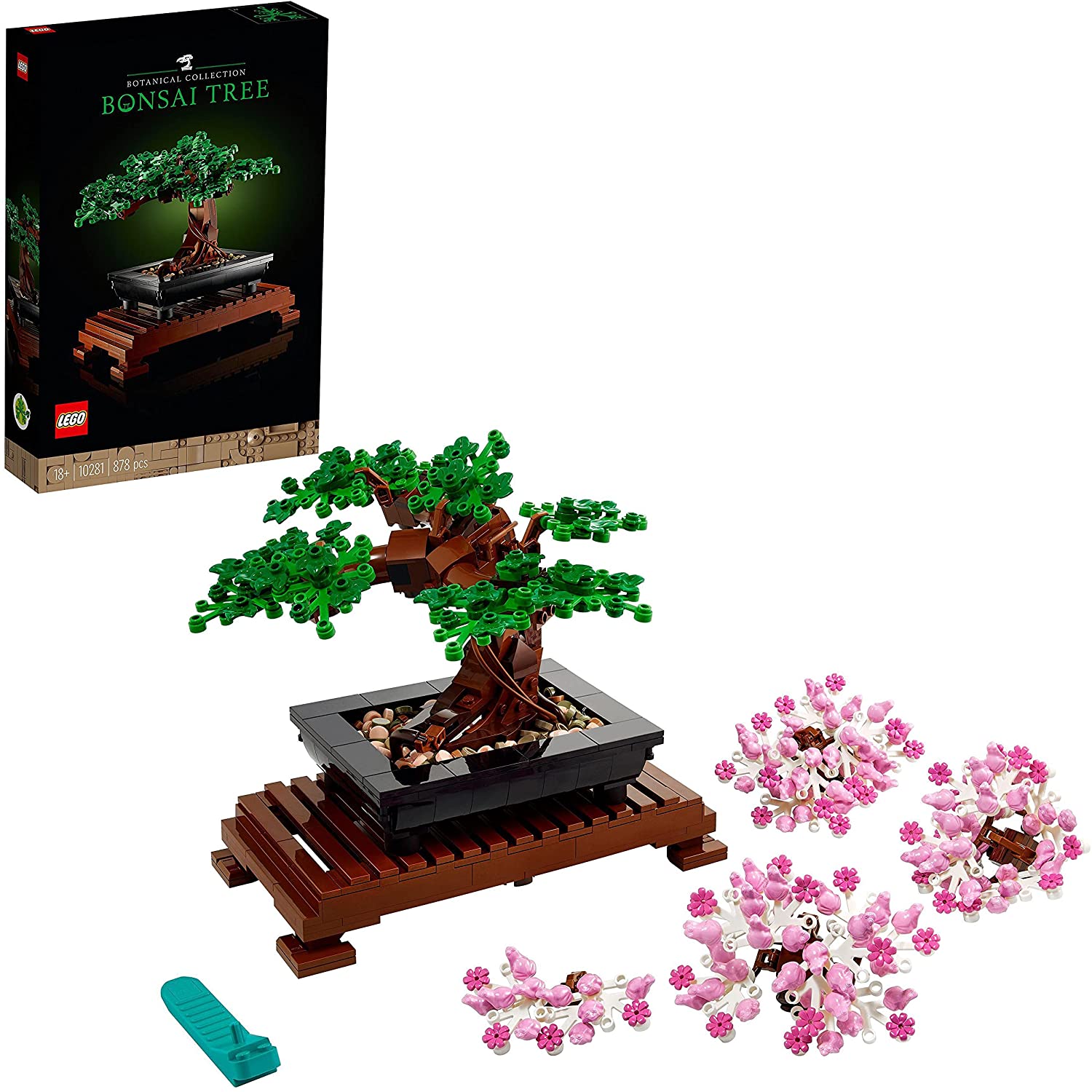 This LEGO Harry Potter set will introduce you to the richly detailed Hogsmeade village covered in snow! This set includes 6 Harry Potter mini figures, dollhouses, furniture and accessories that will inspire you to recreate scenes from the movie. It is possible to build the Honeydukes Confectionery and the Three Broomsticks Pub on 2 floors, which offer a whole range of fun play possibilities, either in the front or in the back. You will also find 3 smaller outdoor constructions. 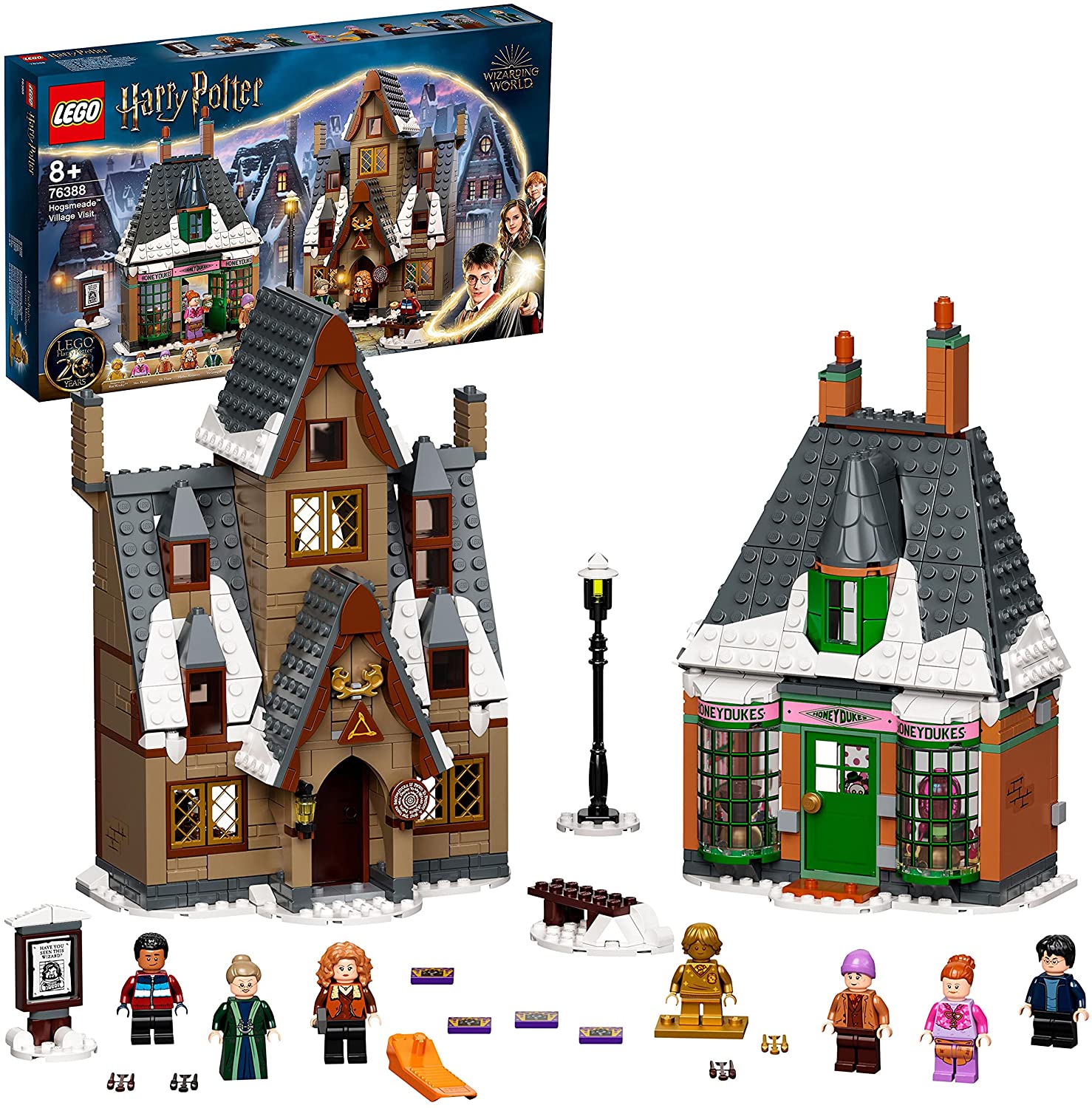