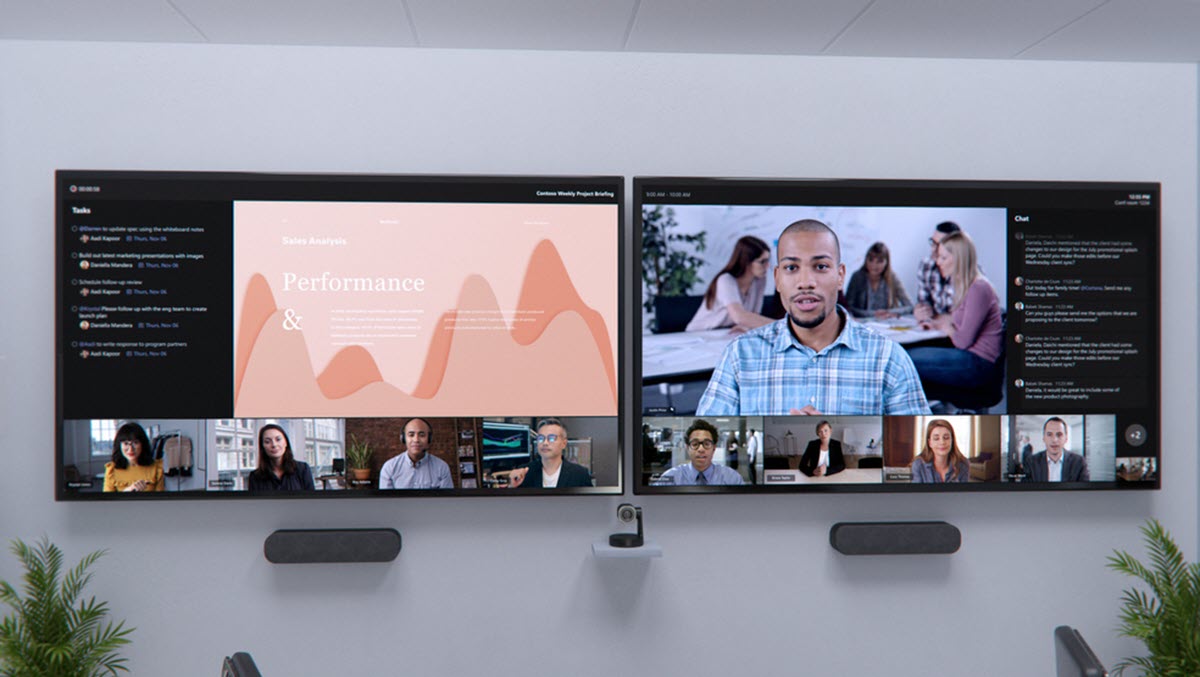 Microsoft announced a new feature for those creating workspaces by combining the power of Teams with compatible audio and video devices.

Specifically, this function will be implemented in Microsoft Teams Rooms on Windows, allowing users to switch between different cameras during the meeting.

In an upcoming update coming in December, a new feature will be rolled out for Microsoft Teams Rooms that will improve support for multiple cameras. That is, the user can stop using the current camera in the meeting and switch to any other previously configured USB camera. A dynamic that you can easily perform from the Teams console on Windows.

So if you have multiple cameras configured in Microsoft Teams Rooms, users will see that the console will show them a list of all the available options so they can change cameras at any time. Just look for the camera button and you will see the list of configured USB cameras.

When the user selects a camera, a preview window will open showing live how it is viewed by the new selection. If the user is not satisfied or has the wrong camera, they can close the window by touching anywhere on the screen.

So the camera change will not be abrupt, nor will the user notice the live camera problems, but can have a little visualization before deciding to change it or not. An interesting dynamic if one of the cameras has a problem or if you want to choose another that shows another perspective of the room, content or that facilitates the presentation.

This new feature is not available yet, but it will be rolled out in mid-December, as mentioned in MSPoweruser.

The Bose QC 35 II has never been so inexpensive, do it FAST 🔥

NASA’s Lucy mission begins, in search of the origin of the Solar System

Norton Crypto: an Ethereum miner in the antivirus!

“It’s very comfortable, I can fit anything from Ikea”

Genshin Impact: Klee, Kazuha, Inazuma… What to remember from live 1.6