Although an undeniable commercial success, Cyberpunk 2077 did not really receive the expected popular ovation at the time of its release. Filled with bugs, backward compatibility issues and poor communications, the CD Projekt RED game struggled to make people forget its catastrophic start. Today, however, the anger of the players seems to have subsided a little. Thanks to several corrective patches, the game from the Polish studio has given back its colors to Night City.

Near’a year and a half after its official launch, Cyberpunk 2077 could be entitled to a second youth. On January 2, several rumors surfaced about 4Chan, then on Reddit. According to this persistent information, CD Projekt RED would have planned to unveil in mid-February, a new major content patch for its title. More than just an update, this would be a real renaissance for the game, which could even be renamed. Cyberpunk 2077 : Samurai Edition for the occasion.

Among the new features teased by this leak, we should therefore expect to find a free DLC (with four new weapons), a rebalancing of the loot system, a enhanced artificial intelligence, as well as a brand new user interface. Other minor novelties are also to be expected, such as the fact that Judy and Panam will send more messages to V during his adventure.

Another big addition, the Samurai edition of Cyberpunk 2077 should also be entitled to an ingame mini-game reminiscent of the Wind from The Witcher 3. On the sidelines of this slew of free content, the game’s first paid expansion should be anchored in the Pacifica district, where two very violent gangs, the Bozos and Slaughterhouse, will compete for the game. “Combat Zone”. A second paid expansion would already be in production, but could only see the light of day if the first feedback from players on Pacifica is positive.

For the moment, and in the absence of official confirmation from CD Projekt RED, all this information should be taken with caution. However, we can already be happy that the studio has finally made the decision to take into account the considerations of its players. 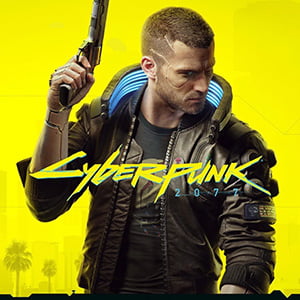 The SEAT Arona snatches the crown from the Dacia Sandero

Honor opened its own factory