The founder announced the arrival of the Ryzen 7 5800X3D, the 6000 series for laptops, but especially the future 7000 series under Zen 4.

Intel’s intervention at CES 2022 did not go unnoticed, notably with the announcement of the upcoming arrival of Alder Lake CPUs on portable machines. We were therefore impatiently awaiting AMD’s response; it is now done, and the orange team also made a strong impression. On the menu: Zen 3+ and Zen 4 architectures, 5nm engraving, and especially the new Ryzen 6000 and 7000 series.

To start off, Lisa Su showcased what will likely be the very last Ryzen in the 5000 series, the Ryzen 7 5800X3D. According to the CEO of the brand, this CPU will have 8 cores for 16 threads, and will be clocked at 3.4 GHz base with a potential peak at 4.5 GHz. Presented as the “more powerful gaming processors”, It should outperform the Ryzen 9 5900X, but also the recent Core i9-12900K from the blue team.

To achieve this, this chip is the first to benefit from 3D stacking technology (3D stacking). Lisa Su didn’t give a lot of technical details about this technology, but she explains that she should bring about 15% more performance compared to the Ryzen 5900X. The price, on the other hand, is still unknown. and it will be necessary to wait until May to know it, as well as the rest of the technical sheet. We know, however, that it will still be compatible with current AM4 socket. 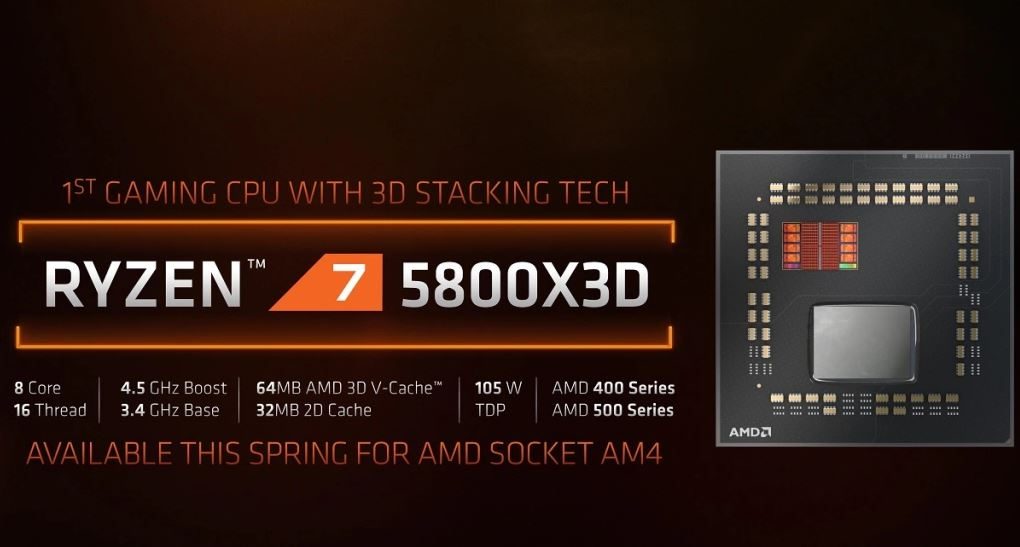 However, this will not be the case with the latest generation of processors benefiting from the famous Zen 4 architecture, based on TSMC’s 5nm engraving process. As expected, these will therefore be compatible with a new socket called AM5. This means that you will have to change the motherboard, but the game will be worth the effort.

Indeed, Zen 4 promises to open wide the doors of the future with the support of many new standards such as PCIe Gen 5 and DDR5 memory; an essential arsenal to hope to compete with the 12th generation of Intel chips, which is gradually starting to emerge from its torpor. So we are already looking forward to seeing the future 7000 series processors; but the wait will be long, since the new Zen 4 CPUs should land in the second half of the year. 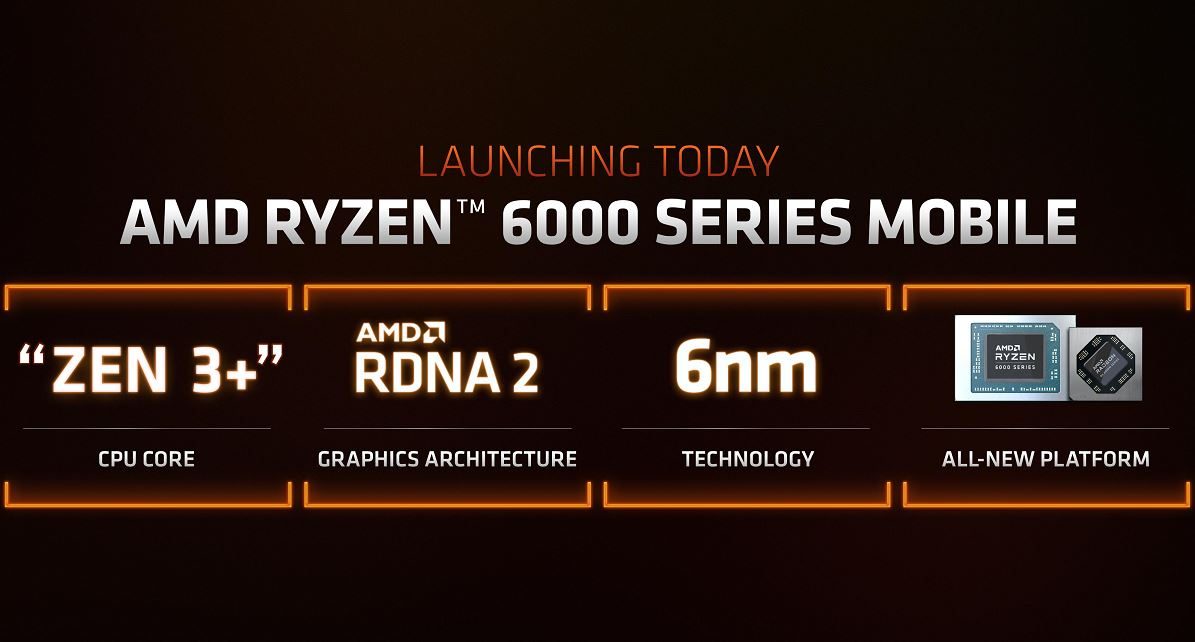 Lisa Su’s other big announcement is for the Ryzen 6000 series CPUs, which are now coming to laptops. AMD already announces an impressive power gain compared to the previous generation; thanks to the intermediate Zen3 + architecture, the founder promises an 11% gain in single-thread and up to 28% in multi-thread.

These will not be produced in 5nm like the future 7000 series, and will have to be satisfied with an engraving in 6nm. No PCIe 5 either for these machines which will have to be satisfied with the fourth version. But that doesn’t mean they’ll drag their feet, far from it. They will support DDR5 memory, Wi-Fi 6E. The variations PRO will also be provided with new advanced security features like the chip Pluto, which already promises wonders.

But above all, these processors will be the first to accommodate integrated graphics technology based on the RDNA 2 architecture. A small revolution which, according to AMD, would be enough to double the graphics performance compared to the last generation. A processor of this 6000 series would therefore make it possible to run an AAA game in 1080p on its own, without a dedicated graphics card, and with satisfactory performance. On the recent Far Cry 6, the founder announces for example 59 FPS in 1080p medium. Rather impressive for a portable processor, and without a dedicated GPU, let us remember! This ambitious claim is worth checking out, but it illustrates all of the substantive work AMD has done on the graphics component of its chips. There is definitely something to be excited about for the future 7000 series and future CPUs in general! Top position lost after 90 years: Toyota will overtake GM in the USA in 2021