Lenovo is one of the world’s largest manufacturers of IoT gadgets, computers, as well as mobile devices and all kinds of gadgets. Now, during CES 2022, the Chinese technology company unveiled the new smart watch Lenovo Smart Clock Essential.

This is the latest generation of one of the brand’s most popular IoT gadgets which, for 2022, chooses to incorporate Amazon’s Alexa virtual assistant over Google Assistant. The new iteration is smarter and has some dedicated enhancements.

This is the new Lenovo Smart Clock Essential smart watch 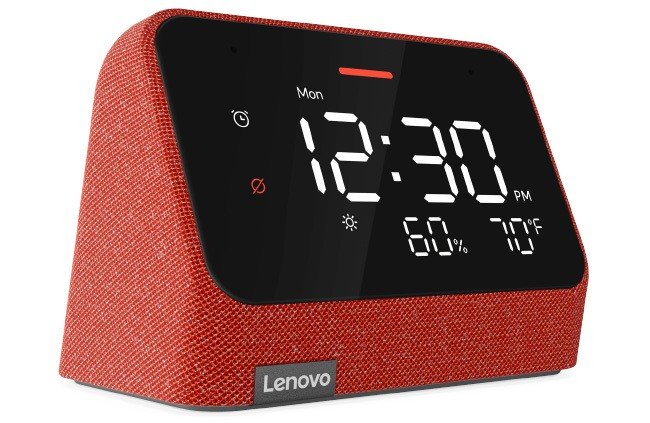 Unlike previous models, the new Lenovo Smart Clock Essential incorporates Amazon’s Alexa virtual assistant. The design is similar to existing products on the market, but this time it has changes to the night light / night light function.

At the same time, it also hits the market with new color schemes such as brick (Clay Red) as well as blue (Misty Blue), for more customization options. It also has sound system improvements and optimizations for the big central screen.

Thus, we have optimizations and improvements of the internal components, without the manufacturer having specified exactly what they consist of. That is, most features are likely to be the same, or slightly updated.

We have a new light base, the Lenovo Ambient Light Dock 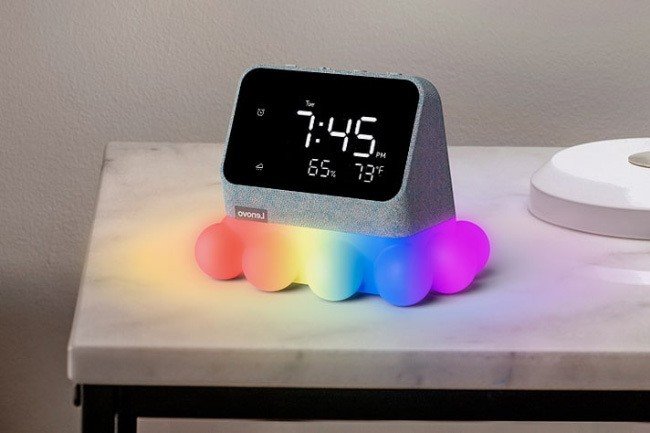 On the other hand, the new model came with a new base or luminous dock, the Lenovo Ambient Light Dock. This peculiar accessory can serve as a night light or night light, for example, for a children’s room.

This light can also be used as ambient light to create the desired atmosphere in a room, or even a small room with rhythmic light effects, controlled through the clock itself.

What’s more, the new version of the Lenovo Smart Watch is compatible with the Lenovo Wireless Charging Dock base for wireless charging and powering, an accessory that debuted last year with the then-new Lenovo Smart Clock 2.

Light base for Zen lighting with Lenovo watch 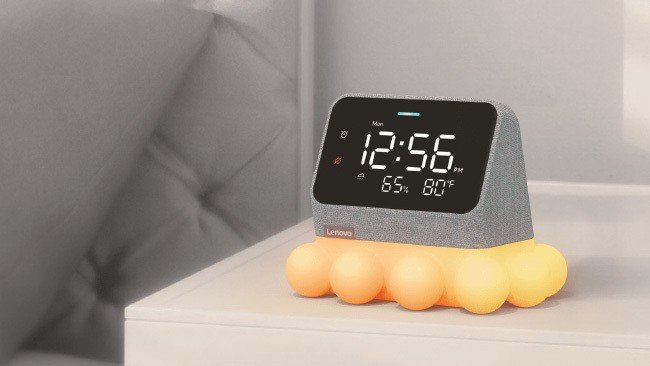 The Chinese manufacturer offers the product with the luminous base in different finishes / effects depending on the intended use.

Paying attention to your technical specifications we have a 4-inch monochrome screen with LED lighting, not touch sensitive. It supports a variety of customizable digital displays and is clad in a firm mesh of fabric in multiple colors. 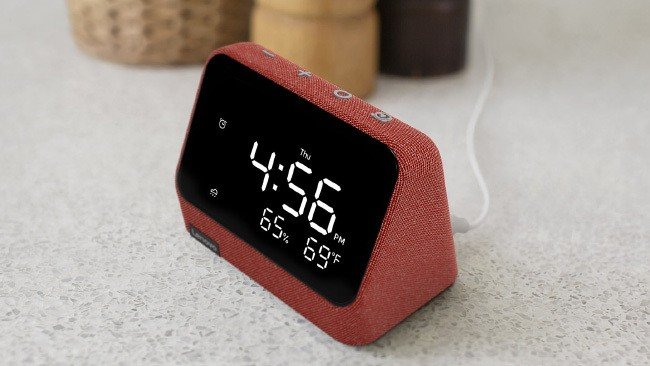 It has several physical buttons to control the watch’s functions present on the top edge with highlight and relief, as well as a button dedicated to Amazon’s Alexa virtual assistant. From there it is also possible to set alarms and other functions.

It should be noted that Lenovo Smart Clock Essential has a physical button to disable the built-in microphones for user privacy purposes. Also, it has a Type-A USB port for charging other devices, for example.

It should also be noted that the watch has a total of two broad-spectrum microphones to ensure good reception of voice commands, even from a distance. 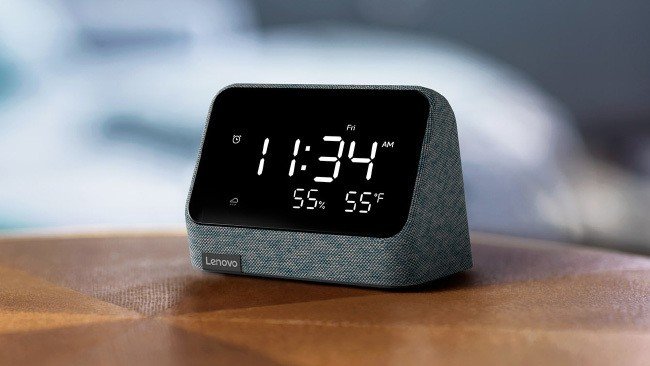 This new clock uses as processor an Amlogic A113X chipset with 4 GB of RAM memory and 4 GB of internal storage. It has several sensors such as brightness, accelerometer and proximity sensor.

Finally, the new Smart Clock Essential with Alexa costs the equivalent of $59.99 in international markets. It should arrive in Portugal during the first quarter of 2022, possibly with a direct conversion of the price to euros.

It should also be noted that the Lenovo Ambient Light Dock base costs from $29.99 with the same forecast to reach the market this quarter.

The new generation of top models from IQOO has been launched

Twitch to take further steps to stop harassment on the platform