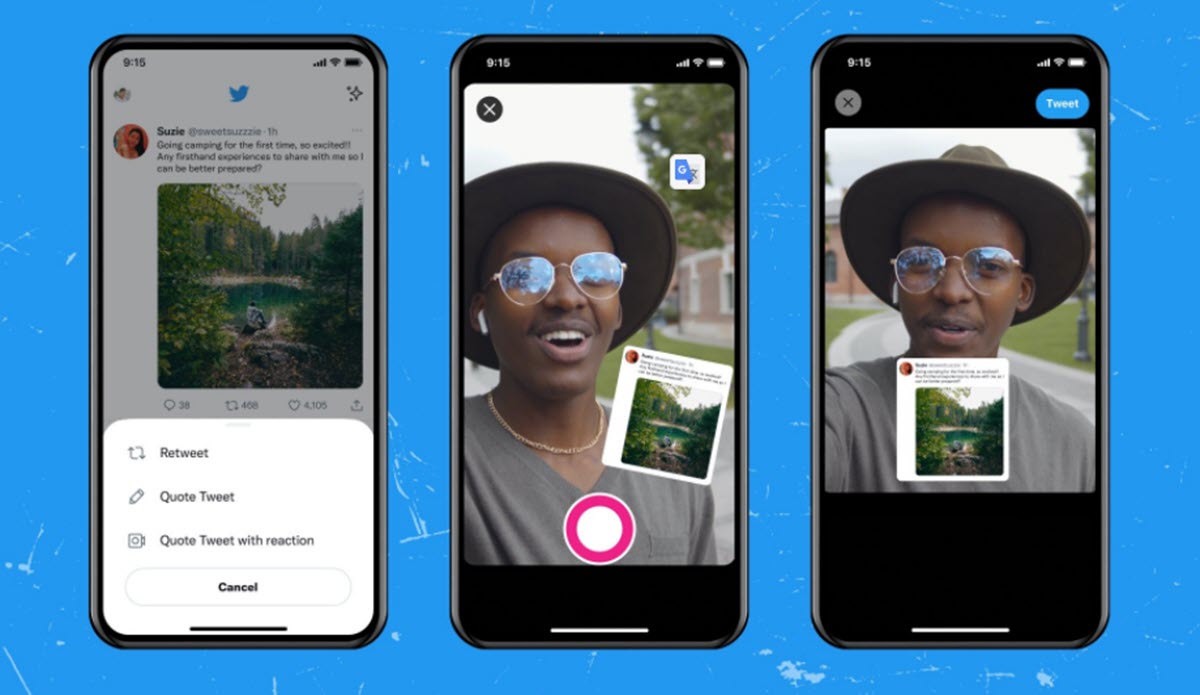 Twitter is testing reaction videos, a la TikTok. Yes, you will be able to retweet along with a video by reacting to the content of the tweet.

A dynamic that is being tested only in the Twitter app on iOS, and they have not yet mentioned when it will be extended to the rest of the users.

Twitter wants to introduce a new video format with the arrival of “Tweets Take” to give users more creative ways to express themselves. A new option that allows you to react to any posted tweet.

The dynamic it proposes Twitter it is simple and well known, as it follows the same process as TikTok. We just have to touch the new option «Quote tweet with reaction». Once you do that, you can upload a photo or video as a reaction. And no, this option does not replace the “retweeting” of a lifetime.

Perhaps it has a certain resemblance to the proposal of Twitter with the Fleets, which eventually didn’t work out and they were taken off the shelf. As you can see in the image, the original tweet is shown in front of the video as a card. So users won’t need to abandon your video to see what content you’re reacting to. Once you post it, your followers will see it on their timelines just like the rest of your content.

You can see a precious view of their design in the tweet shared by the team of Twitter. At the moment, there are not too many details. So we don’t know yet, for example, how long the maximum video length will be or if they will extend this test to more users in the future. At this stage, it seems that Twitter will only focus on the feedback provided by users who are part of this test.

Google in the sights of German regulators

After the holidays, you will definitely need the Huawei Scale 2 connected scale at -69%!

Not only is the display amplified by the Huawei Band 6

The future Apple Watch would introduce a new design