Last week, a reader made me aware of the Dutch manufacturer EcoDim. Located just across the German border, EcoDim does not currently offer its products in Germany, but the friends from Holland were so attentive to provide me with a set of their filament lamps with ZigBee.

The lamps with E27 bases all have White Ambiance technology, and the color temperature can be adjusted from 1,800 to 5,000 Kelvin. This is solved in a similar way to the Philips Hue with two spiral-shaped LED strands lying directly next to each other.

That looks chic and underlines the fact that EcoDim pays great attention to the appearance. A highlight here is certainly the coating of the glass body. The manufacturer speaks of “Smokey” here. This can be described as a dark touch that lies on the glass and almost creates a mirror effect. I like that pretty much, it’s definitely something different from the tones that tend to tend towards gold.

But there is a second highlight. In a direct comparison with the lamps from Philips Hue, all three models from EcoDim do without a large plastic base. If you screw the bulbs into an E27 socket, you can only see glass. 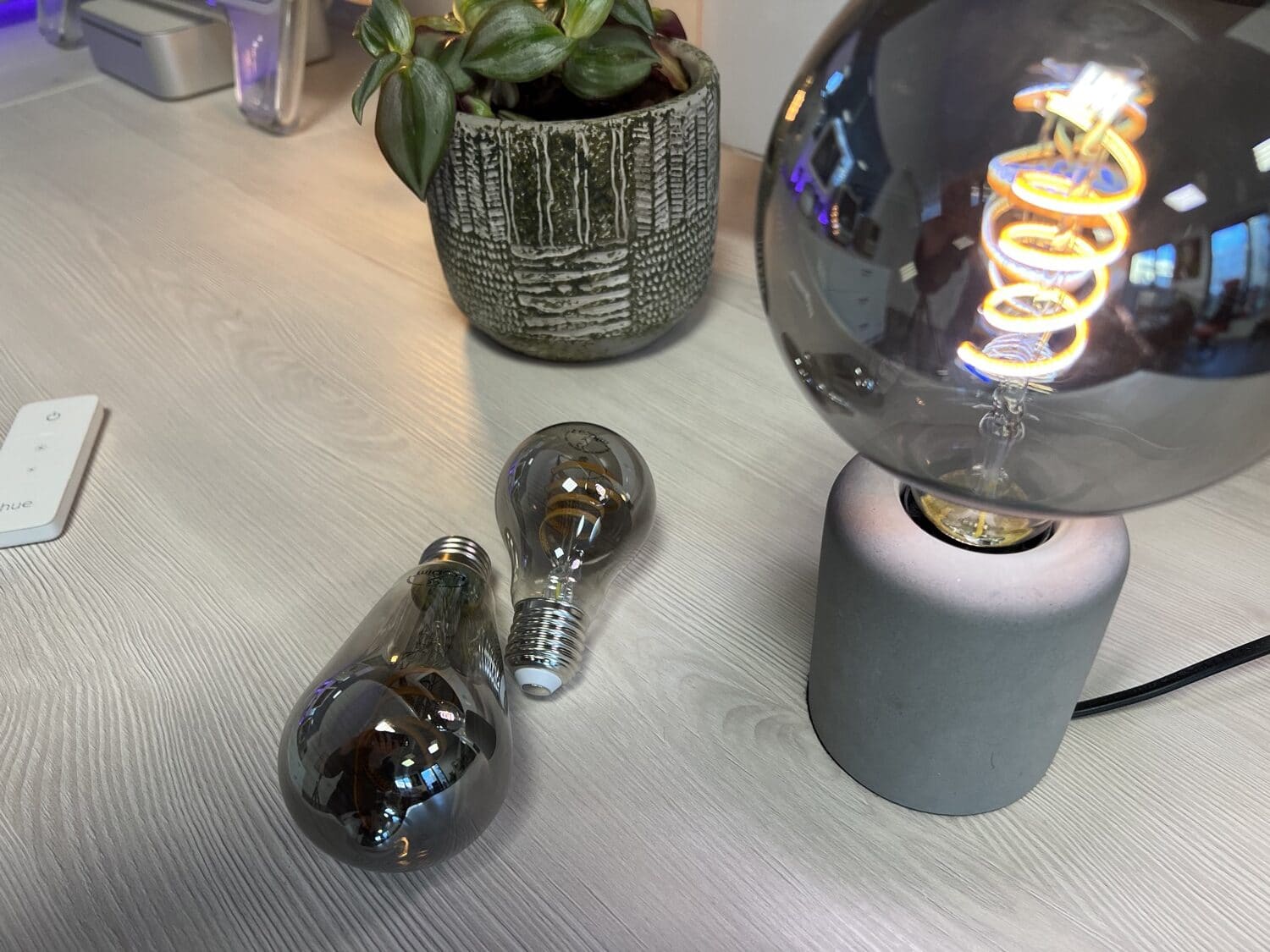 But I was also able to identify two points that should definitely be kept in mind. First of all, the brightness with a maximum of 300 lumens is significantly lower than the approximately 550 lumens at Philips Hue. A difference is definitely noticeable here. But if you want to use the filament as an eye-catcher and mood light, you have no problem with it. It is a bit unfortunate that when dimming deeply in the mixed white tone range, one of the two LED threads is already switched off at around 5 percent. Whether this is a problem, however, also depends on user behavior. The coupling with the Hue Bridge was not a problem at all, you just have to do without the direct HomeKit support.

And so are the three lamps, a standard A60, an Edison ST64 and a Giant Globe G125, from my point of view a real recommendation – if you don’t necessarily want to use them for direct lighting, but as ambient light sources. In any case, optically they are the fanciest thing I’ve come across in the last few months. You will get a small overview on the manufacturer’s website. I hope that the lamps will soon be available outside of the Netherlands as well.

A Baseus car quick charger that is uncompromising

Samsung TVs can be locked remotely to prevent theft

The Snapdragon 870 comes with the Motorola Edge S