Wireless Internet access at home is a given for most Portuguese people, but the way we access the net still varies depending on the access standard or standard supported by our smartphones, Smart TV’s and other devices.

Thus, it is important to clarify why the Wi-Fi 6 standard is important compared to previous standards. Does it all come down to speed? No, there are more factors to consider, such as access to the fifth generation of mobile networks, 5G.

802.11ax or WiFi 6? Ending the Alphabetical Confusion in Wi-Fi Names

First, Wi-Fi standards are named by the IEEE 802.11 designation followed by a string of letters. The current standard is called 802.11ax. It is a mere curiosity, not least because its common name is Wi-Fi 6.

This is because the Wi-Fi Alliance (wi-fi.org), the entity responsible for this has reached an agreement with the manufacturers that from now on only a number will indicate which Wi-Fi standard is supported.

Therefore, 802.11ax is simply called Wi-Fi 6. Following this same logic, the predecessor standard 802.11ac becomes Wi-Fi 5 and 802.11n becomes Wi-Fi 4. In summary, the golden rule is this: the higher the number, the more current the standard. . 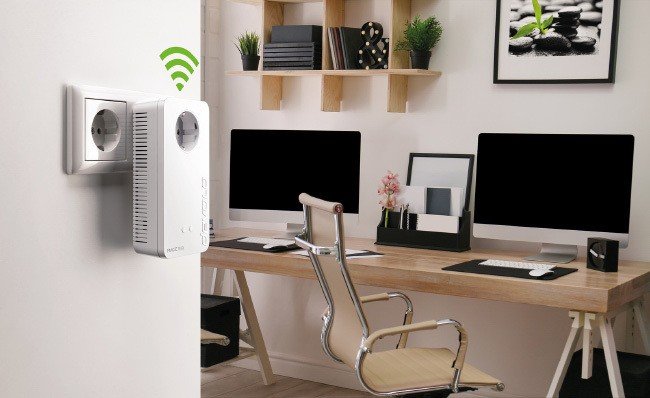 It is important to note, first of all, that Wi-Fi standards have been revised and gradually improved over the years.

In practice, the throughput increases, the connections become more stable. On the other hand, interference from other devices is minimized. So the same applies to Wi-Fi 6.

Here, at first glance, one might wonder what the point is, as very few domestic Internet connections provide these speeds. However, the increased speed is also beneficial for the internal network, for example when data is copied from a laptop to the NAS, for example.

OFDMA the abbreviation for lower latency in Internet access

As a curiosity, there is a technical abbreviation known as “OFDMA” (Orthogonal Frequency-Division Multiple Access), which is critical for lower latency.

In simple terms, this feature allows a substantially more efficient use of the Wi-Fi network. More specifically, with OFDMA it is possible to combine individual data packets to several end devices and send them through one channel instead of multiple channels, as was previously the case.

This frees up wireless capabilities for more endpoint devices, and the wireless network runs substantially smoother.

Another advantage: Wi-Fi 6 can simultaneously serve multiple endpoint devices for downlink and uplink.

As Devolo tells us, networking experts call this “Bidirectional MU-MIMO” (Multi-User Multiple-Input Multiple-Output). In practice, this increases the operating speed and stability of the home wireless network.

By the way, users don’t have to fear disadvantages when converting to Wi-Fi 6, because the new standard is completely backward compatible.

That is, Wi-Fi devices that still use Wi-Fi 5 or Wi-Fi 4 can still be integrated into the network. So making the change at the right time pays off so that even in the future you won’t have problems dealing with the annual increase in data traffic.

There are also limits to the Wi-Fi 6 standard 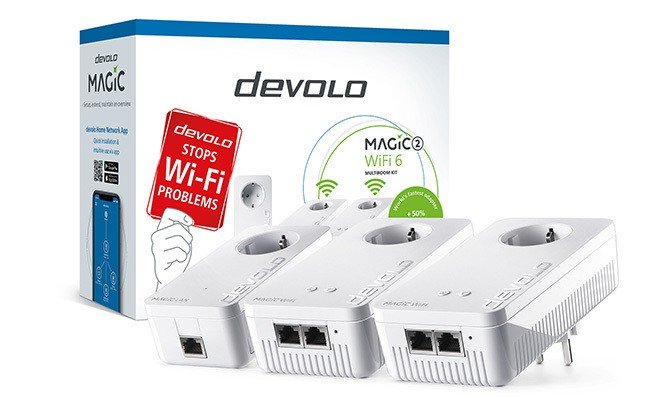 There are, however, some obstacles that not even Wi-Fi 6 can overcome. For example, ceilings, walls and particularly floor heating condition Wi-Fi.

However, there is also a solution plug-and-play for this: Powerline adapters, such as those from devolo. This solution already tested on 4gnews, even in an earlier version of the system.

The trick is that Powerline adapters use the house’s own electrical wiring as a long data cable. This means that ceilings, walls and floor heating cannot slow down a Powerline network.

Therefore, they are the ones who deal with everything in the area of ​​home networks. So, with smart adapters, you can create a fast Wi-Fi hotspot at any electrical outlet.

In fact, an additional advantage is that several devolo Wi-Fi adapters are interconnected to form a uniform Wi-Fi “mesh” and thus provide access even for larger homes, from the basement to the attic.

Finally, you can buy the Starter Kit Devolo Magic 2 WiFi 6 with 2 adapters, while for a larger house the Multiroom Kit will be the best solution.

Mobile phone plan. This CRAZY offer to get a €4.99 package 🔥

Lexus overdose in 'Moonfall', with the Lexus NX as the brand new protagonist in a new end of the world of cinema

Not even a top Motorola mobile will arrive in December

Xbox app for pc will finally stop being hell

these are the essential parts of its mechanics