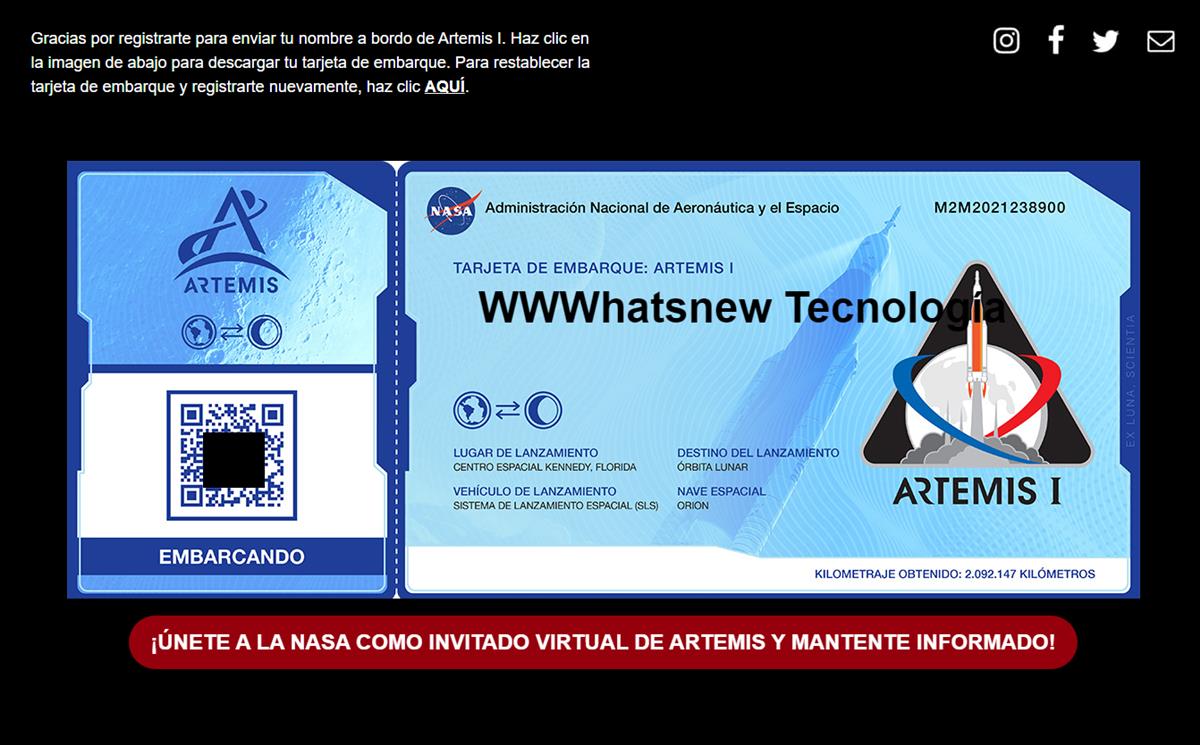 In recent years we have seen several initiatives that allow us to put our name on a USB stick inside a satellite, sending it into space to immortalize our digital identity.

Now it is possible to do even more, we can send our name on board a ship in the Artemis I mission thanks to the invitation of NASA, and it is as easy as filling out a form on the web.

Our name and surname will travel on a USB stick on the Orion spacecraft during the Artemis I mission, and we will obtain a certificate in the form of a boarding pass, as shown in the image above.

This is the “Send your name with Artemis” campaign, which began on March 2. So far they already have more than 1.7 million names, and now they have decided to translate the website and boarding passes into Spanish, which makes the project more attractive for us.

Artemis I will be the first uncrewed test flight of the Orion spacecraft, a mission that will begin at NASA’s Kennedy Space Center in Florida, although there is no exact launch date. It is believed that it will begin in a few months, putting the first woman and the first person of color on the Moon.

If you want to put your name, put it in nasa.gov/envia-tu-nombre-con-artemis.

Google shows video calling the way it should be

OnePlus confirms the development of its first smartwatch

Xiaomi: a mysterious folding smartphone on the run