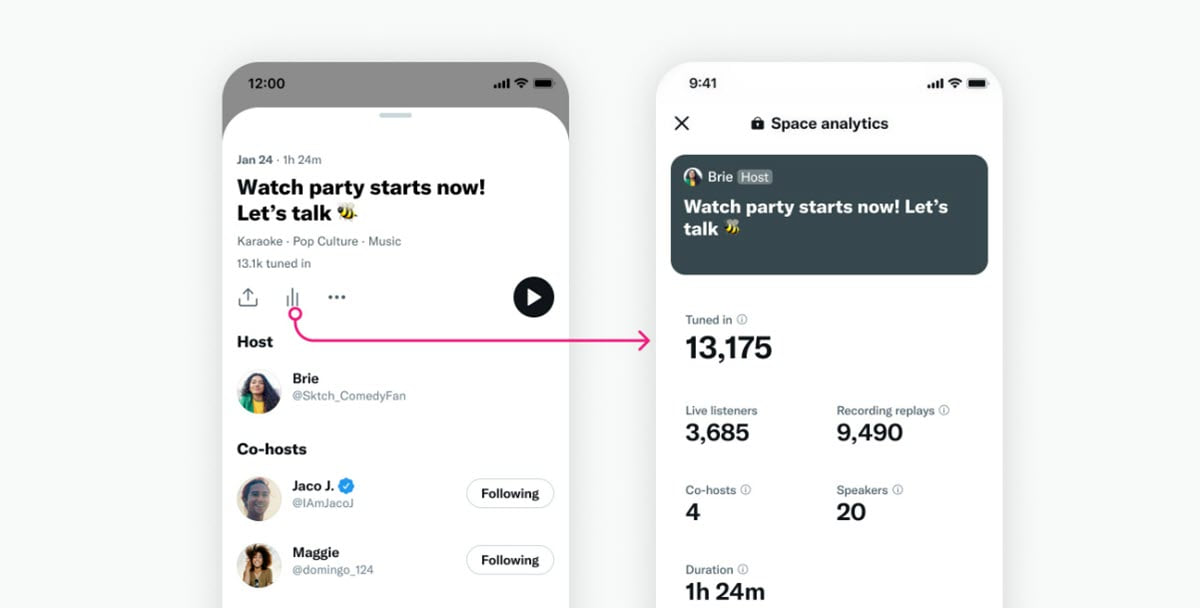 Twitter has released a number of features for live audio rooms.

Functions that have been in testing for the last few weeks, and that will now be implemented for all users, both on iOS and Android.

Twitter is adding a new option for users who bet on the Spaces. We’ve seen some interesting updates in the last few months that boost the dynamics of live audio rooms, but this time it’s focused on what it can provide to hosts.

The idea is that hosts have a tool to help them analyze the reach of their rooms. As you can see in the image above, users will have access to some basic analytics data about their stream. For example, they will be able to see the number of listeners the live broadcasthow many times the recording was played or how many people participated in the conversation.

Although this is basic data, the hosts will be able to get an idea about the interest that a certain topic aroused, speakers or how much interaction the proposal generated. On the other hand, you can also take into account other details that will help you improve the reach of your rooms, for example, evaluating if the time was right to attract the audience, if the duration of the broadcast was too long, etc. .

Another update coming to Spaces will make it easier for users who have joined the stream to see a list of hosts and speakers with options to follow them. So they will not have to go to each user’s profile to make this option, since it will be available on the same room card.

Here is the future of the space conquest according to NASA... of the 70s

Topshak garden pumps are being wasted for 12,700 forints

In pictures, he is the successor to the Huawei Watch Fit