As expected, Google took advantage of the Google I/O event to unveil its first smartwatch. The Pixel Watch is finally official and the product presented today by the American does not differ from what the rumors already told us.

Rick Osterloh, vice president of product and services at Google, was the bearer of the good news. Today we get to know the first details of the Pixel Watch, however, its formal presentation will only take place in the fall, when the Pixel 7.

As the rumors suggested, today’s presentation of the Pixel Watch is more like a teaser to the product. Google took the gadget to the stage in order to reveal its design and some of its features. 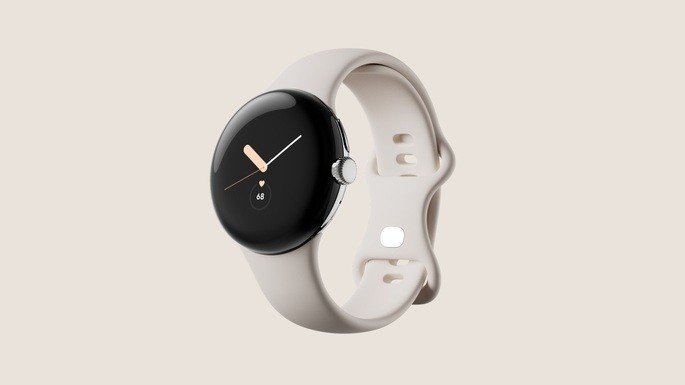 Regarding the design, the images that Jon Prosser first released in April 2021 are confirmed. In fact, we have a smart watch with a round shape just like conventional watches.

The Pixel Watch’s body will be constructed from recycled stainless steel and will feature proprietary straps. This is a downside and means it won’t be easy to find bracelets on third-party channels for Google’s smartwatch.

Google did not provide further details on the colors and sizes with which the Pixel Watch will hit the market. However, rumors point to this smartwatch hitting stores in two sizes.

Looking now at the interior of the Pixel Watch, Google begins by revealing that it will hit the market with the Wear OS 3 operating system. It will be an improved version, with a new interface, better navigation and smarter notifications. 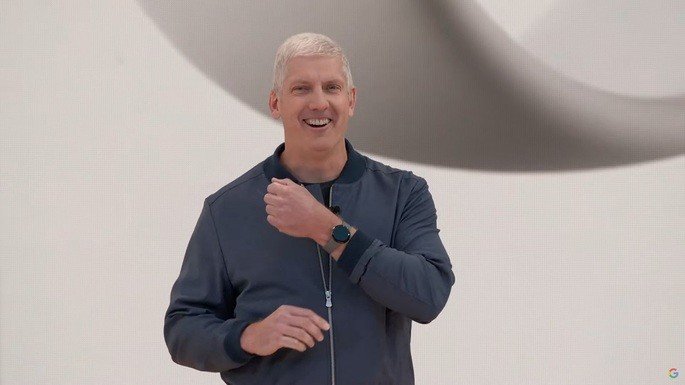 The integration of Fitbit algorithms into the Pixel Watch was also confirmed. In addition to being able to sync data between your account and Google and Fitbit, the Pixel Watch will benefit from the former’s software to improve the readings taken by its sensors.

It is already confirmed that the Pixel Watch will be able to assess parameters such as heart rate, sleep monitoring and Active Zone Minutes. Also the sports department of the Google watch will benefit from Fitbit algorithms in its measurements.

With information sharing between Google and Fitbit accounts, the American technology company took the opportunity to reinforce its commitment to the privacy of user data. Indeed, the metrics collected by the Pixel Watch will not be made available to Google.

With this improved Wear OS 3 come two new applications designed for the operating system. Firstly, we have a new digital wallet so users can leave their physical wallet at home while using the Pixel Watch.

Second, a dedicated Google Home app arrives so users can control their smart home right from their wrist. That is, the Pxel Watch will serve as a command center for smart products such as lights, sockets, smart doorbells and more. Google also took the opportunity to clarify that the Pixel Watch will only work on smartphones with Android 8 or higher. Furthermore, the user must have a Google account to be able to configure his watch.

Such dependencies reveal that Google wants to follow a similar path to Apple with its Apple Watch. In other words, the Pixel Watch is a product designed for Android users and will not work with an iPhone.

Finally, Google reveals that the Pixel Watch will hit the market with a price “premium“. The company did not want to go into details, leaving a lot of data for the formal presentation of its watch to take place in the autumn.

the story of a blood-curdling scandal

Login for: Know-how from Germany: Many top people landed at Tesla

The latest and overpowering MacBook Pro M1 is under 1400 euros