Apple continues to lead the smartwatch market due to its popular Apple Watch. This is a gadget recognized worldwide for its features, especially those that pay attention to the user’s health.

Now, Apple is thinking of new ways to add value to its smartwatch. To this end, it submitted several patents to the US competent authority for the inclusion of a camera in the Apple Watch.

Apple is considering adding a camera to the Apple Watch

Through the USPTO we learn that Apple has at least three solutions in mind to include a camera in the Apple Watch. The fact that these have been submitted for patent means that the American company is taking the idea seriously. 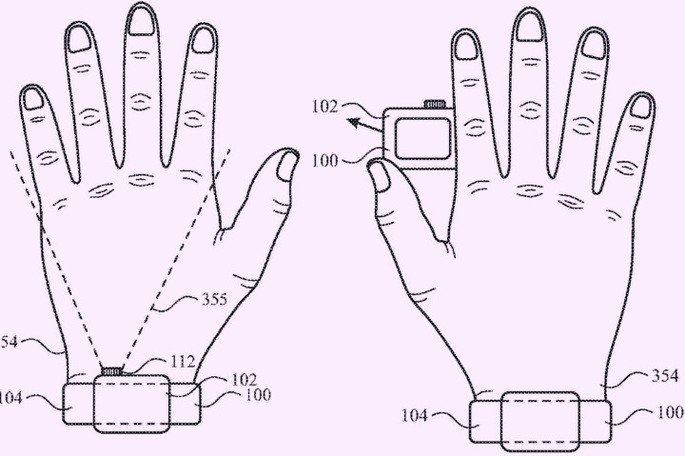 Firstly, Apple submitted a document in which it envisions the incorporation of a camera in the crown of the Apple Watch. It will probably be the most interesting solution, as it intelligently takes advantage of the structure of the watch.

In this way, the camera would be built into one of the Apple Watch components instead of protruding from any other part of your body. A subtle and effective solution to a topic that motivates so much debate.

However, a standout solution seems to be the one that raises the most ideas for Apple engineers. In this segment, the company submitted two documents with similar solutions.

One of them talks about attaching the camera to the Apple Watch itself: Think of it as an accessory that you could attach to the back of the watch whenever you wanted to take a picture.

Next, Apple is also considering attaching its camera to the Apple Watch strap. A solution that only differs from the previous one in terms of coupling the module with the camera.

This being just patents, it does not imply that Apple will even launch an Apple Watch with a camera or an accessory with that component. These documents only prove that the company worked on this solution and sees a future in it.

The inclusion of a camera in a smartwatch is not unprecedented, as several companies have already talked about the concept. However, it is far from being a consensual issue with several parties pointing out credible reasons for and against this solution.

If one day Apple launches an Apple Watch with a camera, I believe it will create a new trend in the market. It won’t be long before other brands follow Apple’s lead.

Europe wants its constellation of satellites for internet access

Login for: Opportunity for plant in Barcelona: Great Wall interested in Nissan plant