Google’s smartwatch control app was detected during analysis of an APK file. Scheduled to arrive at the end of 2022, the Google Pixel Watch should not only use the Wear OS app to connect and sync with the smartphone.

On the contrary, according to the investigations advanced by the publication 9to5Google users will have a dedicated application to control and customize the functions of this smartwatch. They will, however, have to download it through the Google Play Store. 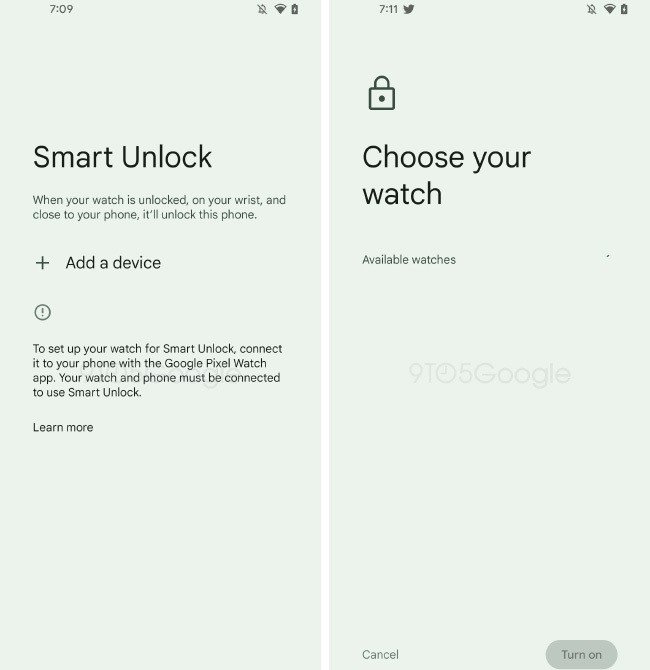 It is important to note that references to this control application were detected when an analysis was carried out on the Google Play Services APK file, in its beta version, with build number 22.22. Above we can see some screenshots.

Note that although references to the application were found during the analysis of the APK file, this does not mean that the application is actually released to the public. However, it does give us a good idea of ​​what we can expect.

The report in question also highlights that the Wear OS 3 version will let smartwatches help the user unlock the tablet, as well as the smartphone and even the Chromebook. This feature had already been suggested last January, but we are only now seeing practical signs of its existence.

This beta version also includes express mention of the Pixel Watch application. In the original language (English) we have the following instruction “To set up your watch for Smart Unlock, connect it to your phone with the Google Pixel Watch app. Your watch and phone must be connected to use Smart Unlock.”

Finally, at the moment we don’t know exactly how this application will work, or if it will bring any benefit to the Wear OS application. Until its official release, however, it is likely that more relevant information will reach the public domain.

even fresh Antarctic snow is affected

Exynos or Snapdragon, Samsung has another idea

The future is very exciting!: Musk thanks Tesla factory in Grünheide for permission