The seventh generation of the activity bracelet Xiaomi will arrive in Portugal very soon, probably at the beginning of summer. However, the global variant of Xiaomi Mi Band 7 is already reaching some consumers who have made known the contents of the box and accessories included with this promising smartband.

First of all, the Xiaomi Mi Band 7 was presented at the end of last May in China. However, we count on its official distribution in global markets very soon, possibly from the 21st of June, according to the rumors. In the meantime, we already have some images of the global version of this activity bracelet ready for sale.

This is the Xiaomi Mi Band 7 bracelet box and accessories 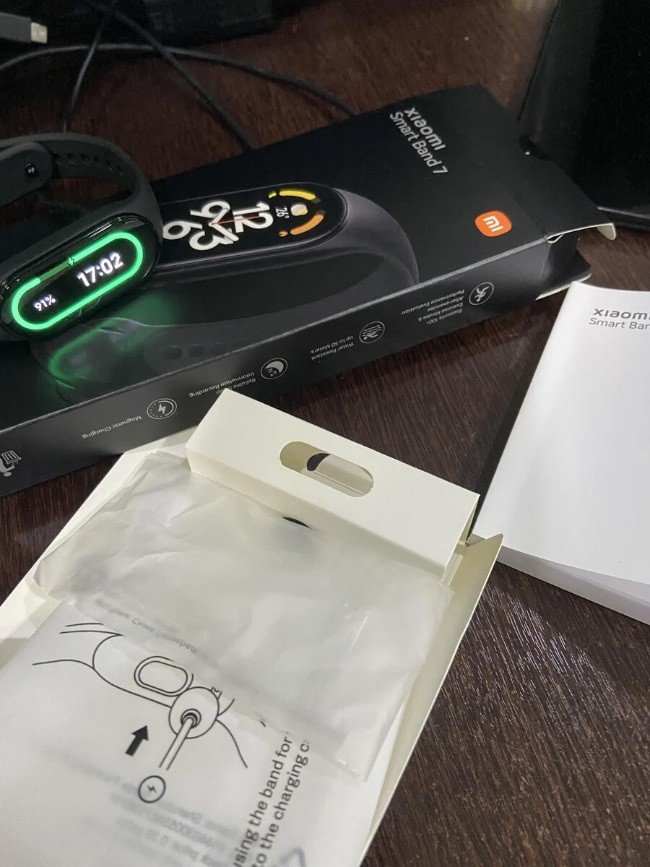 Above we see one of the first images of the box and its contents of the Xiaomi Smart Band 7. Note that this new activity bracelet has already been certified in Singapore and will also be available in Poland a few weeks ago, according to various sources.

That said, we expect the global announcement of the Xiaomi Mi Band 7 in the coming days, as well as the subsequent start of sales. Until then, we can see not only the product box, as well as the schematic representation of the cable and its charging socket.

Note that all material displayed here does not have text in Mandarin. That is, it does not portray the local version, sold in China, but rather the global version of the latest Xiaomi activity bracelet. In other words, this will be the box and accessories that will reach consumers in Europe as well.

Xiaomi Smartband will be announced globally on June 21 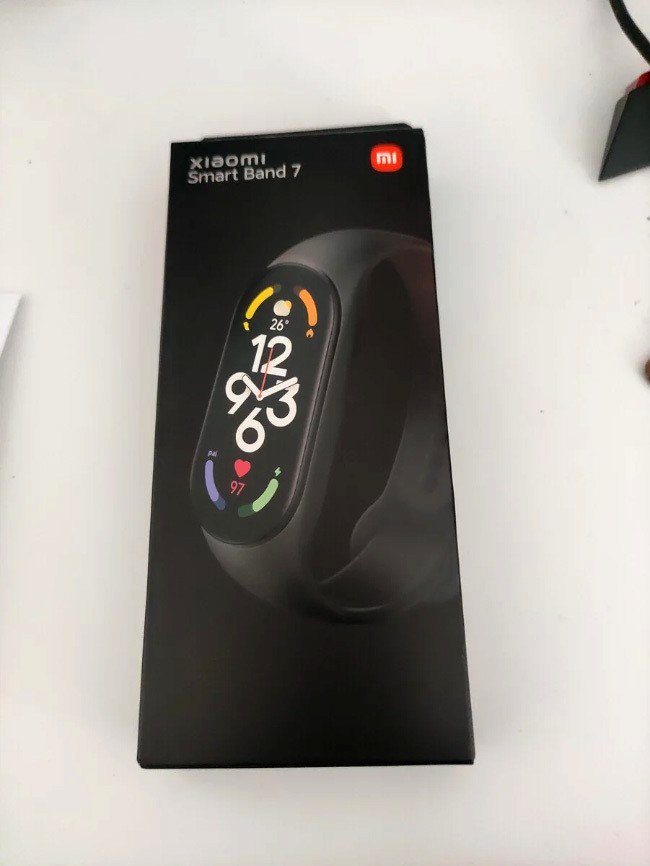 At the same time, the popular online sales platform (online store) AliExpress has also started to ship its new bracelets to consumers. That way, we’ll have more reports and more details on exactly what’s in the box for consumers outside of China.

Still, there are few surprises when it comes to the contents of the box. In addition to the quick start guide with clear and succinct instructions, we have the charging cable with magnetic terminal, as well as the smart bracelet core, in addition to the standard bracelet, in black.

The Xiaomi Band 7 smartband is paired and synchronized through the manufacturer’s Zepp Life app and brings us the usual list of capabilities, albeit slightly improved in this iteration. We do not, however, have built-in GPS location.

We have, on the other hand, the tracking of up to 120 sports, as well as a 1.62-inch screen, water resistance up to 50 MP, continuous monitoring of various metrics, in addition to tracking sleep cycles.

Finally, we continue to have a very long battery life, of approximately 14 days depending on the usage pattern.

Two Xiaomi toothbrushes are still available at a good price